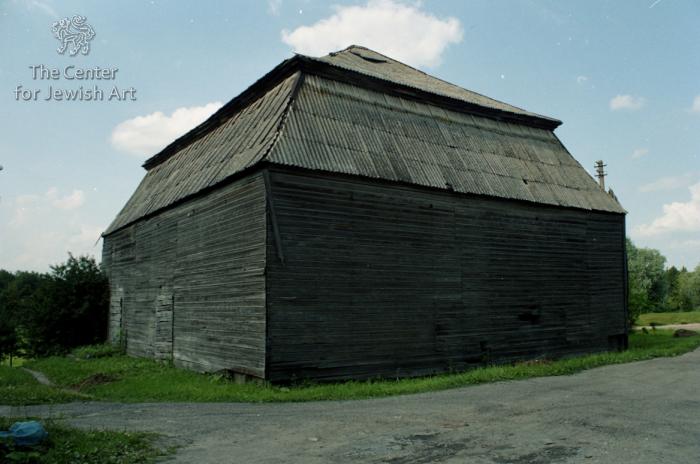 The octagonal wooden bimah was situated in the center of the hall. Two flights of stairs led to the platform from the southwest and northeast; benches were attached on the other six sides of its panelled base. The bimah was framed by a carved balustrade on the first tier, eight twisted Corinthianesque columns on the second, and carved pediments on the third.

The synagogue possessed a number of brass fixtures, including a hanging lamp dated 1803 and a Hanukkah lamp dated 1871.

The building retains the original mansard roof, and its exterior is well preserved. The interior was not so lucky. In 1954, the painted wooden dome ceiling was replaced by a flat ceiling. Only the painted beam on the top of the women’s gallery partition is preserved and is presently in the attic. The roof is covered with asbestos sheets instead of the old shingles. Horizontal weather-boarding protects the log walls. The original paving inside and around the synagogue is lost. 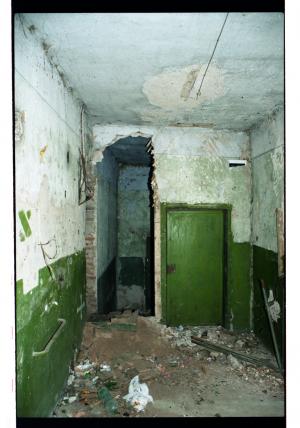 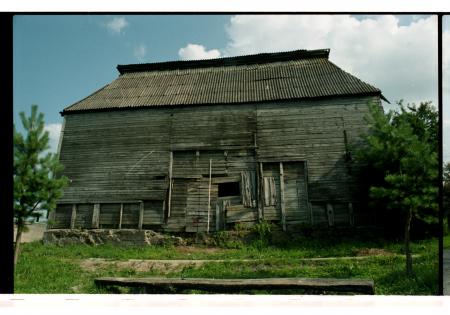 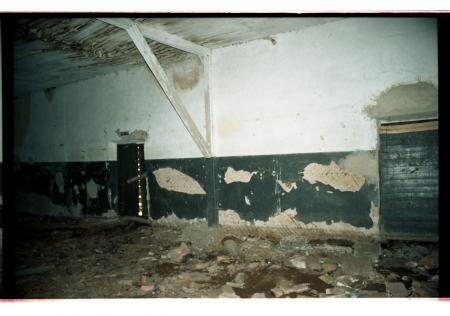 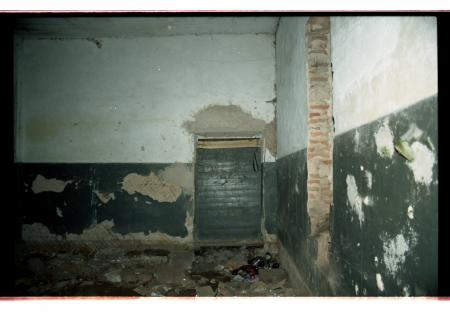 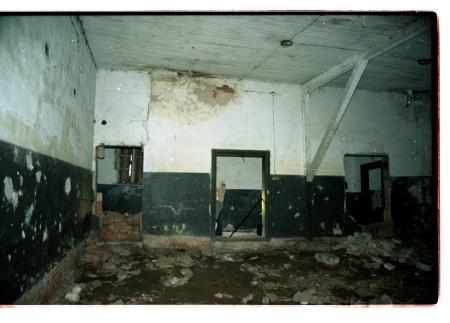 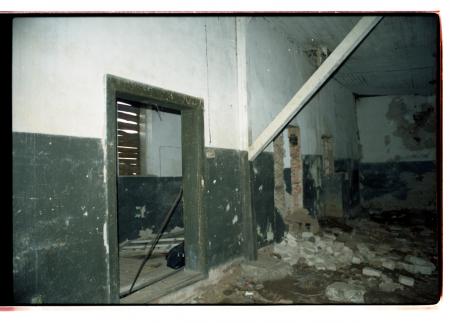 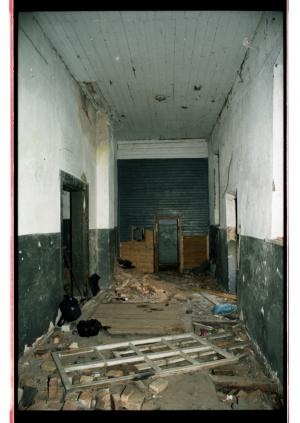 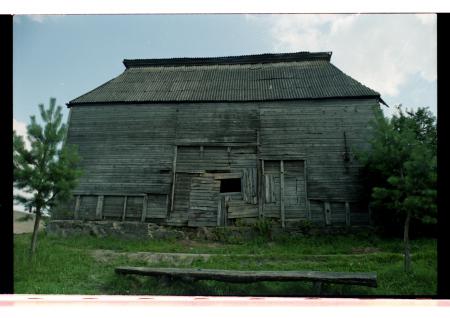