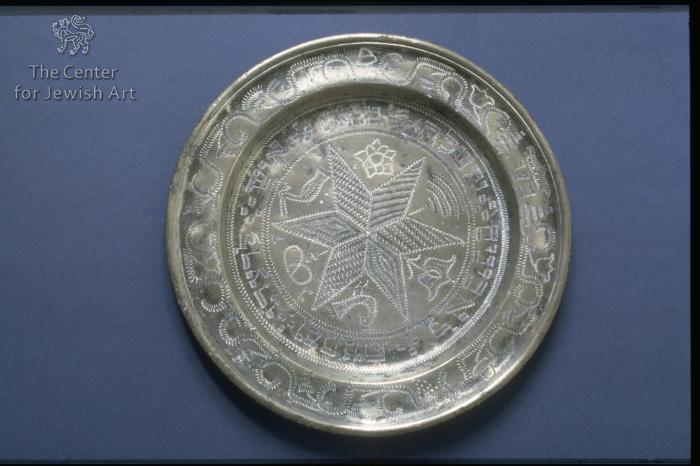 The pewter Purim plate is round, with a raised rim. The central decoration is a six-pointed star, filled with zig-zag lines. Between the points of the star appear, starting from under the word,"matanot", counterclockwise a peacock; a tulip; a stylized tree; a rosette;, a long-beaked bird; two in interlocking loops, resembling a pretzel. The Hebrew letters, "Z" and "G" flank the loops. " כ ט" Surrounding the central design is the inscription:

The rim is decorated with a stylized scroll from which grow flowers and acorns. Between two ends of the scroll appears surmounted by a crown, the Hebrew letters: "זג" 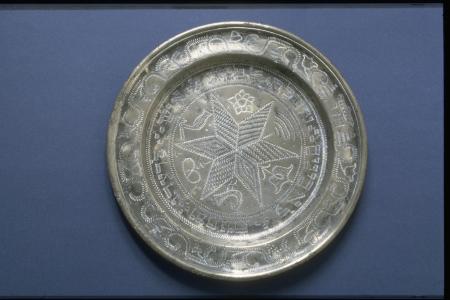 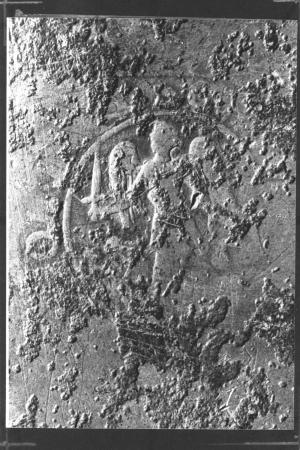 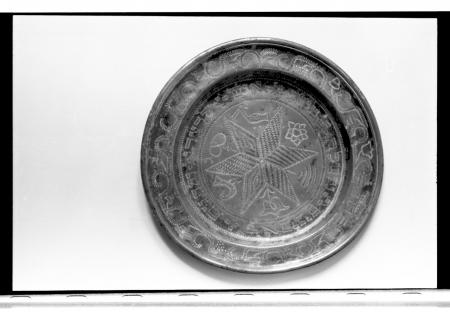 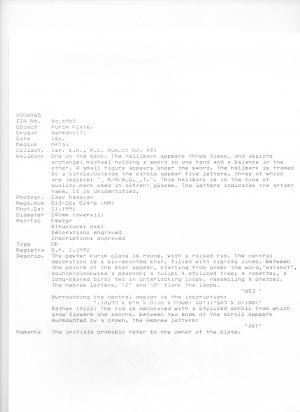 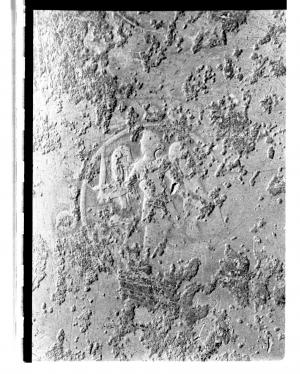 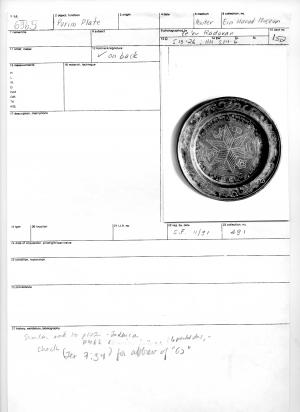 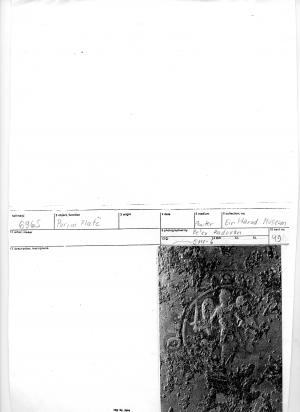 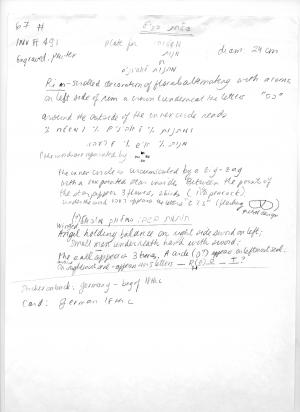