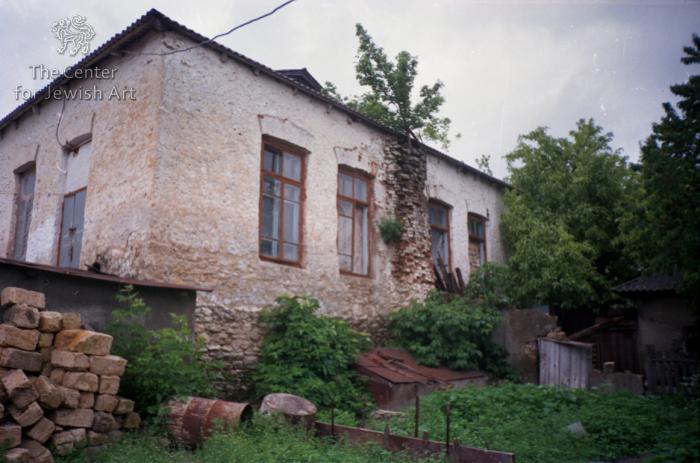 The eastern part, which seems to be older (walls’ thickness is 0.82 m), is a rectangular hall.  It had two pairs of windows in the east wall, four windows and western doorway in the north walls and five windows in the south wall.  All the openings are with segmented arches and surmounted by slightly projecting architraves.  Probably, in the original plan include a prayer hall with twelve windows and a vestibule in the western end, which had a door on the north and a window on the south (compare with the other preserved synagogue in Peschanka).  The east facade is situated on the sloped surface, and thus is supported by a high basement.  In the centre of this facade, a thick semicircular projection indicates the interior placement of the Torah ark. This projection is supported by a low buttress.

The west part, which seems to be built later (walls’ thickness is 0.60 m) is a rectangular room, elongated in the north-south axis.  It has four windows in the west wall, three windows in the north wall and three windows and a door in the south wall. All the openings are with segmented arches, without exterior decorations.  The northwest and southwest corners of the building are decorated with rough rustication.

Drawings of the Synagogue on Gor'kogo St. in Pishchanka, Ukraine 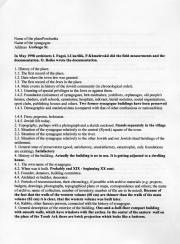 Description of the Synagogue on Gor'kogo St. in Pishchanka, Pishchanka, 1900?
Summary and Remarks 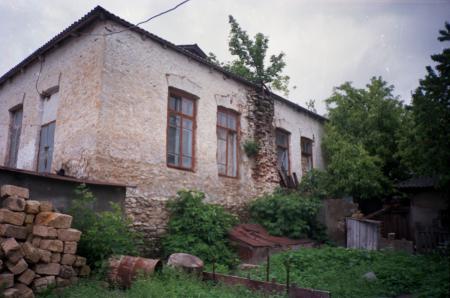 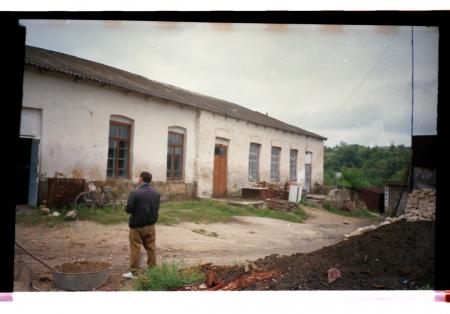 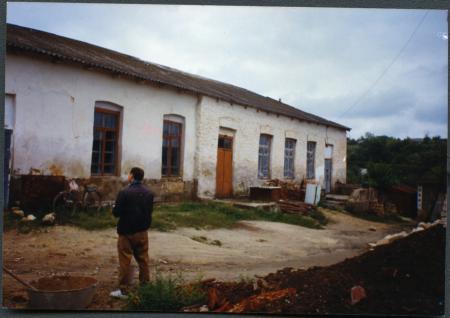 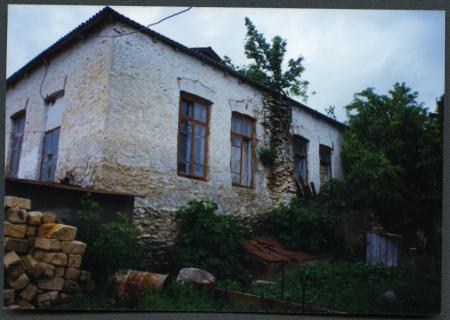