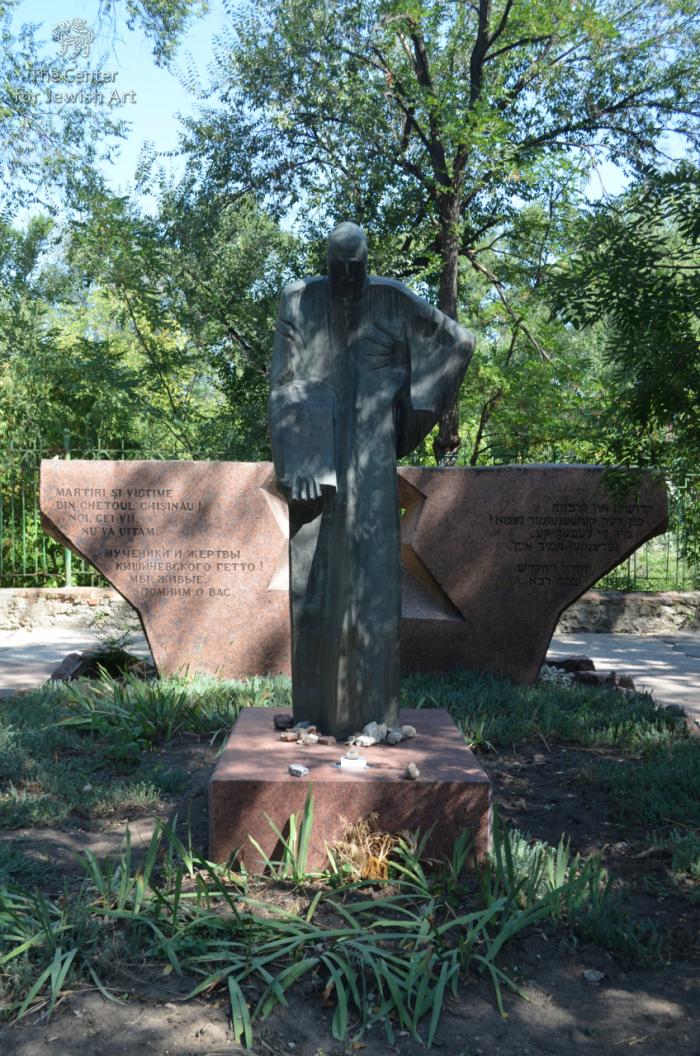 "The Chişinău Ghetto was established in 1941. On April 22, 1993, a monument to those imprisoned there was placed on the border of this ghetto at Jerusalem 3000 Street. The monument, designed by sculptor Naum Epelbaum (b. 1927) and architect Simeon Shoihet (b. 1931), consists of a large bronze standing figure of a praying Jew, with his left hand on his heart and his right hand holding Scripture, symbolizing the suffering of the prisoners. The figure is on a pedestal, and set against a broken red granite wall, at the center of which is a void in the shape of a shattered Magen David (Star of David). Memorial ceremonies are held here on Yom ha-Shoah (Jewish Memorial Day for Holocaust victims) and at other times." 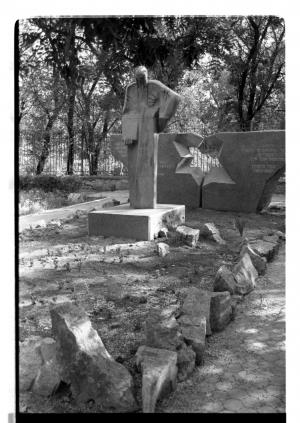 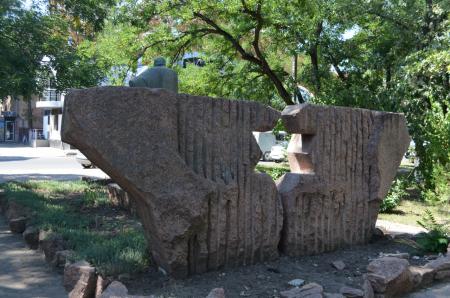 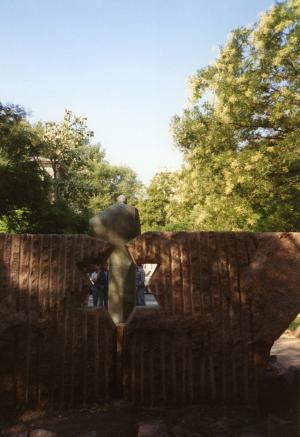 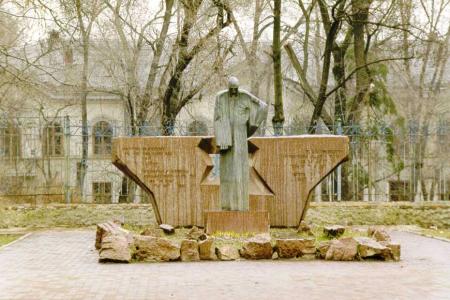