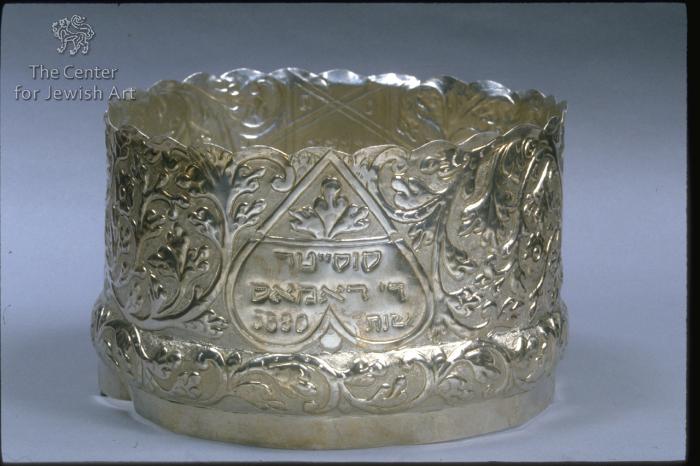 The two central motives are surrounded by an undulating branch with foliate scrolls. The coronet has wavy edges. A bar with rectangular holes for the staves is attached across the lower part of the coronet. 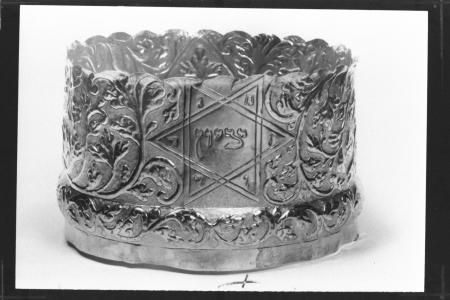 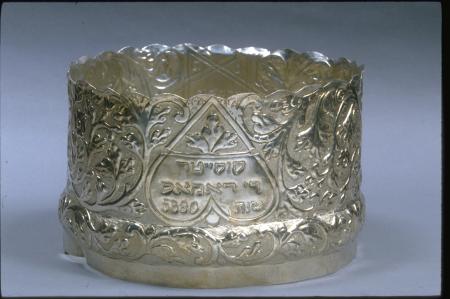 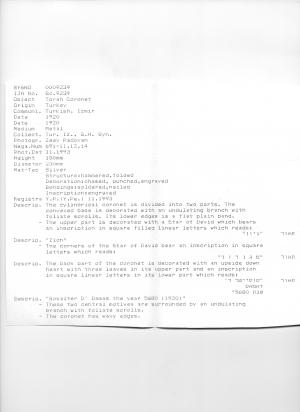 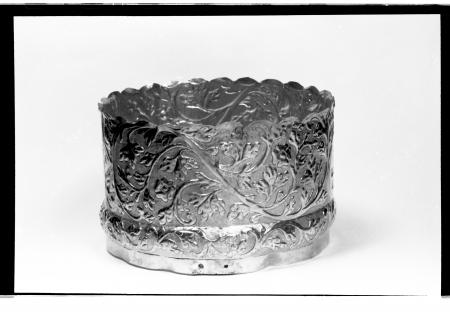 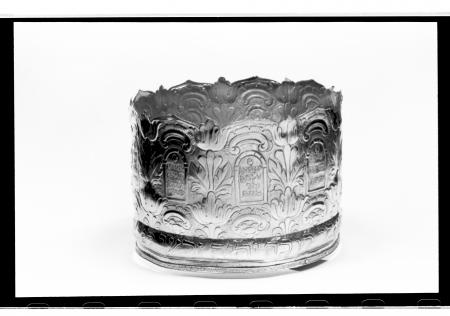