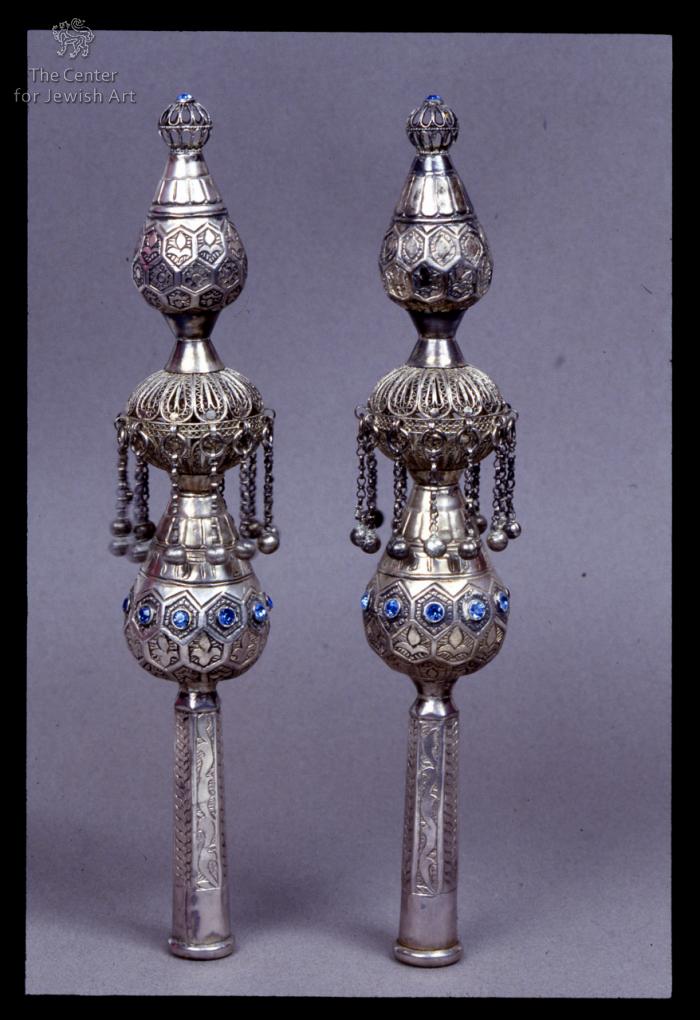 © Center for Jewish Art, Photographer: Radovan, Zev, 1994
The silver Torah finial consists of a shaft,a body and an apex.## The shaft is cylindrical and tapering and its straight cut bottom is encircled by a ring.The shaft is decorated with vertical bands of leafs and scroll leaves intermittently.The tower shaped body is composed of a pear shaped base surmounted by a globular shape topped by a pear element. The hexagonal facets of the lower pear shaped element are decorated with a lily flower motif and the upper row with a blue bead. The encircling upper band bears an inscription written in square linear letters, and reads:On the first Torah^finial: : !תורת יי' תמימה משיבת נ')נפש(! On the second Torah^finial: !עדות יי' נאמנה מחכימת פ')פתי(! (Ps. 19:8) The end of the pear shape bears a band of a whorl of leaves motif. The globular element consists of two halfs of a filigree design of whorl of leaves.Twelve chains with round bells are attached to the central wavy band. It is surmounted with a concave neck. The upper pear shape is decorated with bands of hexagonal facets which bear a lily on the central band and a flower on the external bands. The end is decorated with a band of a whorl of leaves motif. The globular shaped apex consists of two halves of a filigree ball with a whorl of leaves motif and terminates with a blue bead. 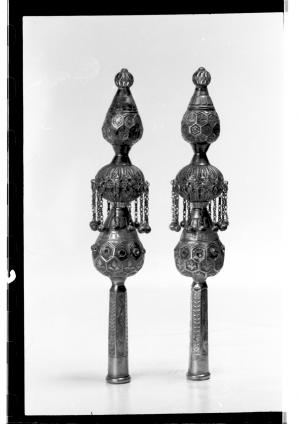 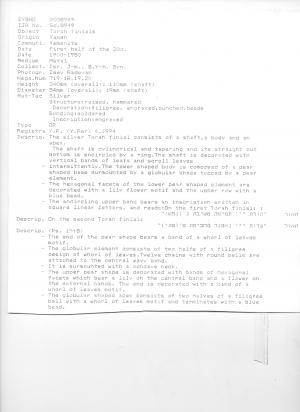 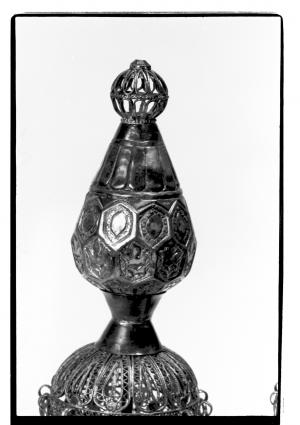 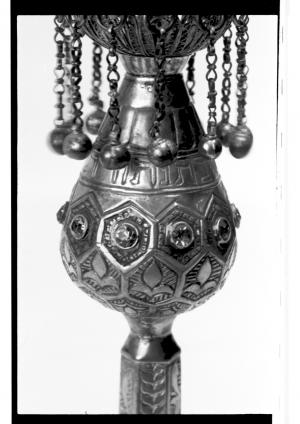 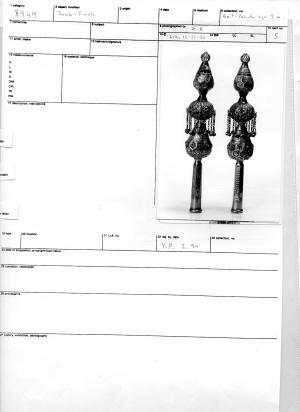 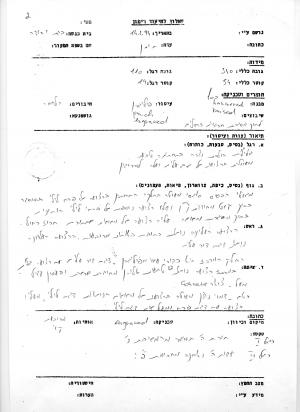 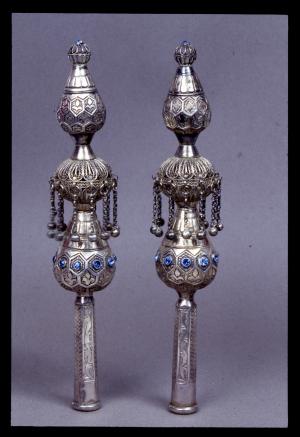