© Center for Jewish Art, Photographer: Radovan, Zev, 1992
The rectangular kaporet consists of five lobes composing wavy edges, where the central is the largest. Each lobe depicts a decoration set symmerically from the center which depicts a crown decorated with scrolls and geometrical patterns. It is flanked by a pattern of a branch on top of three flowers and a pattern of a star of David above two branches, situated on the lateral lobes.##An inscription in square filled letters is set according to the lobes on top of the kaporet and reads from right to left (Num.24:5): !מה טבו אהליך יעקב משכנתיך ישראל! )במד כד ה( ##The kaporet is framed by a scroll pattern, while a fringed band is attached to the lower borders.##Brass rings for hanging the kaporet are attached to the upper borders. 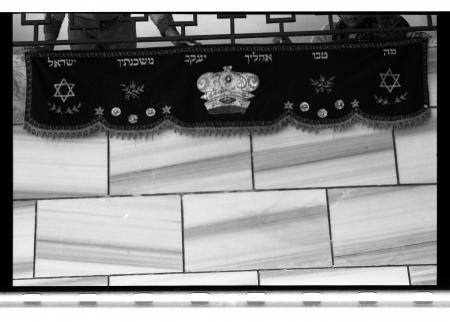 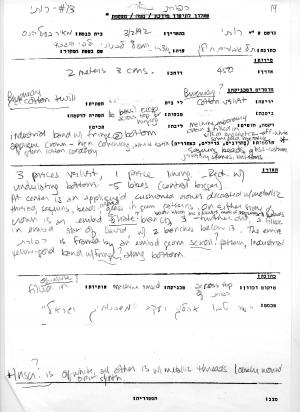 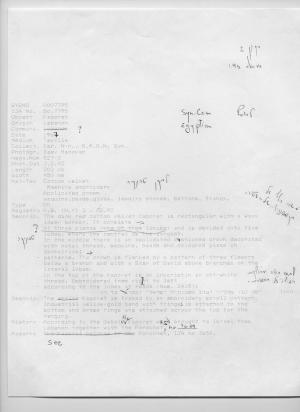 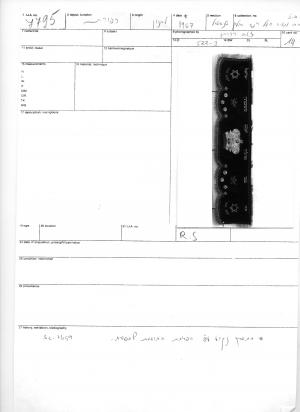 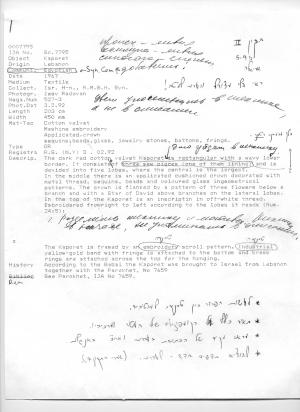 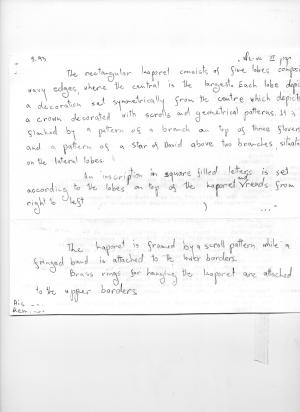