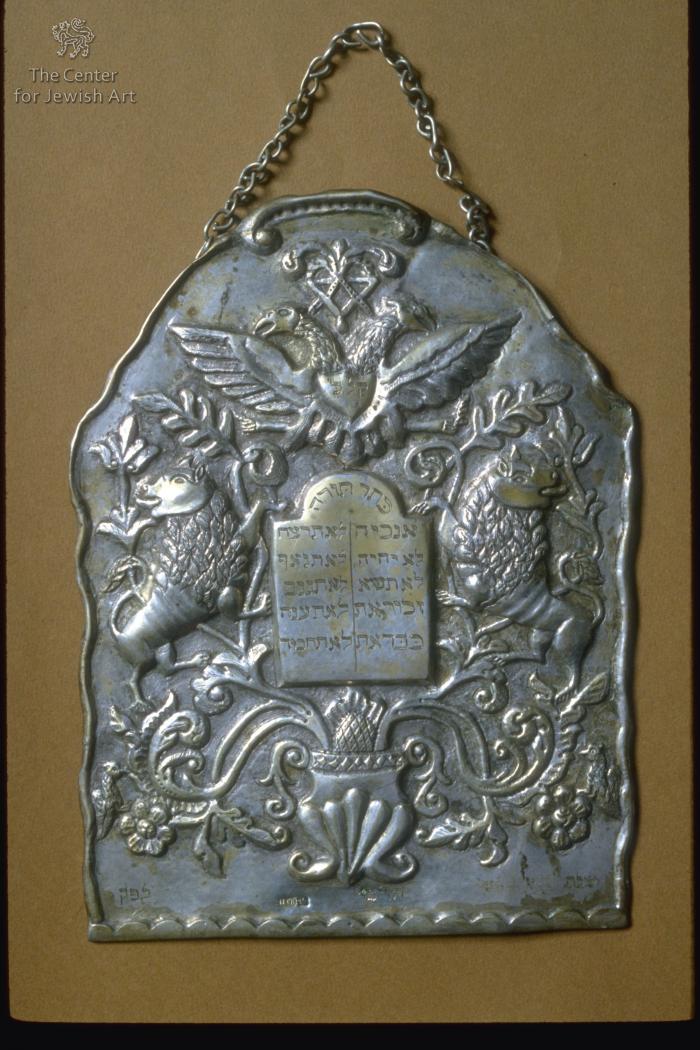 A rectangular plaque terminating with a semiciricular arch is depicted in the center. It bears the opening words of the ten commandments. An inscription in the arch follows the curve of its frame, the square outline letters read: "כתר תורה" "Torah crown"

The plaque is flanked by two lions, rampant regardant and surmounted by a double headed eagle. A crest in its center bears an inscription written in square filled letters which read: "קל כ' ]כנשר["## "Light as [an eagle]"##

The eagle is topped by solomon's seal crested by a two leafed bud. A potted plant is located below the plaque its flowering branches fill the lower half of the plaque and encircle the lions. An inscription written in square filled letters is written at the base of the shield, it reads: "לשנת##תרמ##לפק"## "The year 5740 (1880)"

The base of the shield is scalloped and the frame consists of of a solid band with a "C" scroll in the arch. The edges are undulating. There are two rings located at the back for the hanging chain. 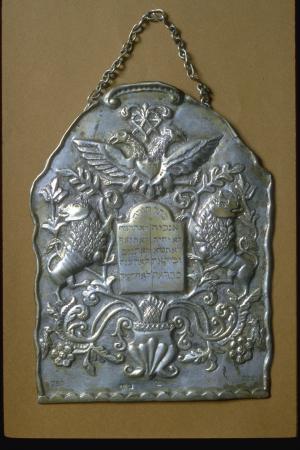 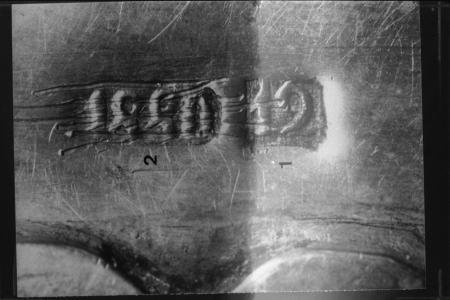 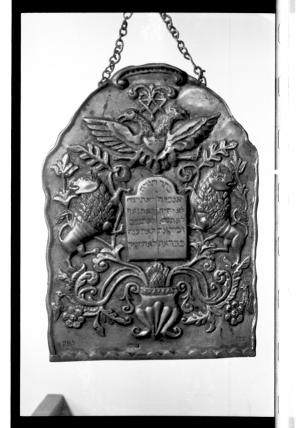 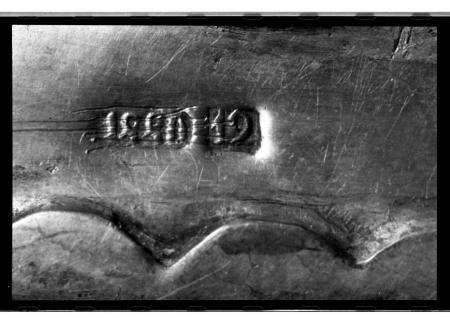 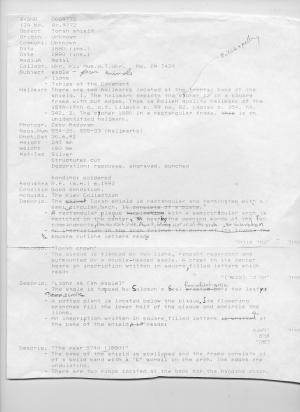 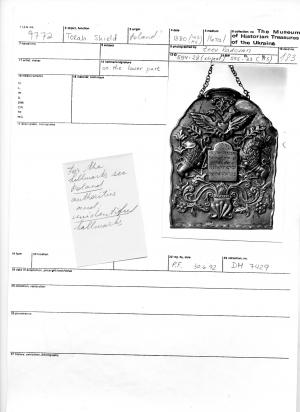 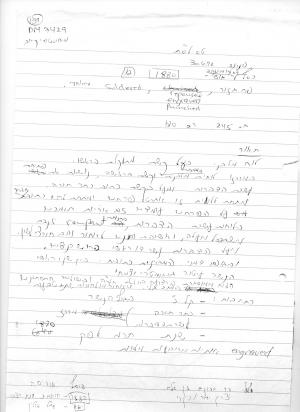 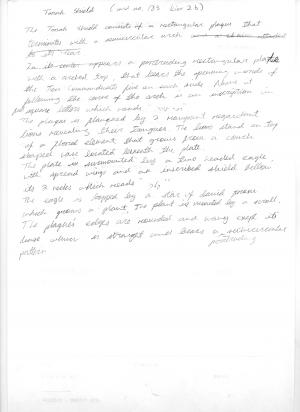 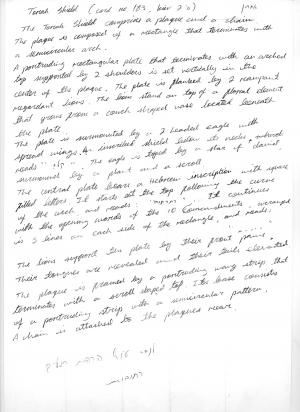