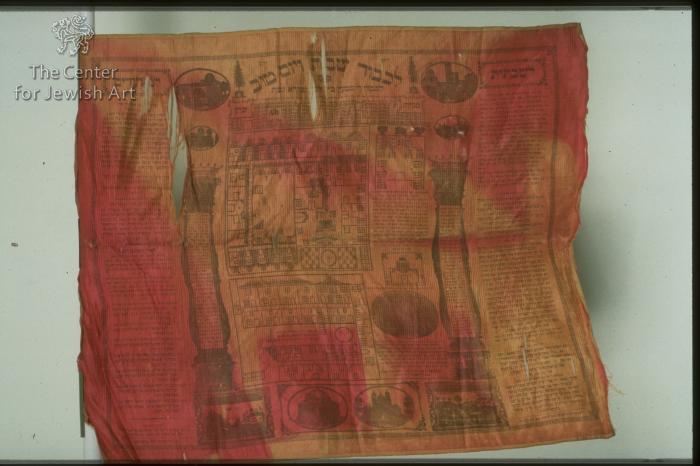 The rectangular Sabbath cloth consists of one unit in yellow and traces of red and bears depictions of the Holy Places and inscribed prayers for Sabbath and Festivals. The decorative composition is vertically divided into three sections by two columns set symmetrically.

The central section is surmounted by an inscription in square filled letters which reads:

The inscription is flanked by two pine trees and four depictions of Holy places within medallions of different sizes. To the left appears Rachel's Tomb and right underneath it, Shemuel's tomb, with an identifying inscription. On top of each side appears the word "South". The centre of the main section bears a yeshivah building plan identified by the following inscription:

"The Yeshiva was built with [the help of] the inheritance of the late rabbi Isaac Yosef Winifke of Warsaw, who[also]left a certain sum for the sacred congregation for the support of the Talmud Torah"

On the right side of the plan appears another building plan surmounting a depiction of the Western Wall within a medallion.

The lower part of the section bears four depictions of Holy Places within rectangular frames. Two of them are identified as the Ramban's Synagogue, on the left, and the Cave of Machpelah, on the right. These are enclosed separately by medallions and underlined by the word "Tzafon". The central panel is flanked by straight columns containing an index of the different sections of the plan designated by Hebrew letters. The columns are mounted over square-shaped illustrations, unidentified, and surmounted by crowned capitals.

Both sides of the cloth bear inscribed prayers entitled:

"For Sabbaths" and "For Festivals"; and they appear vertically as follows: "Bar Yohai", "Eshet Hayil", "The sixth day" and "Holy", on the right while "Who createst", "Who makest" and "When comest in and goest out", appear on the left, respectively. 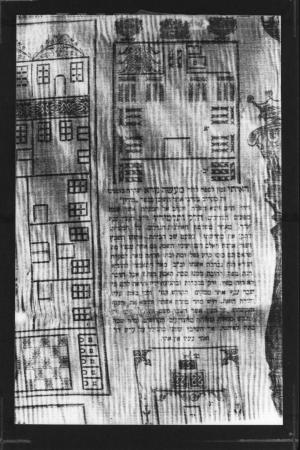 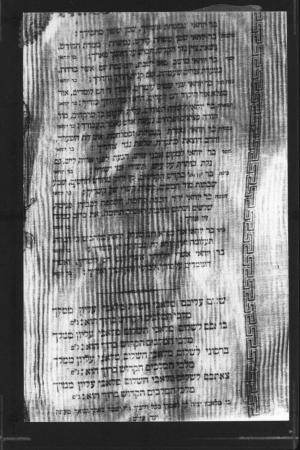 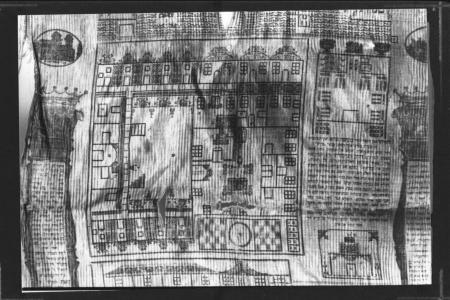 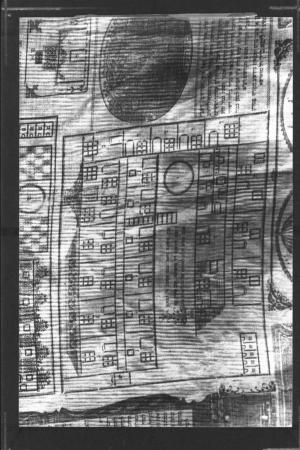 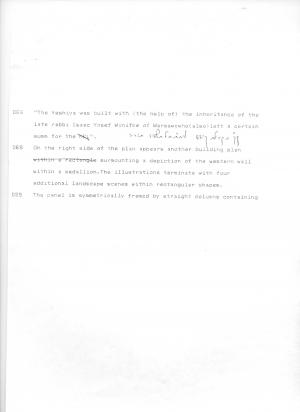 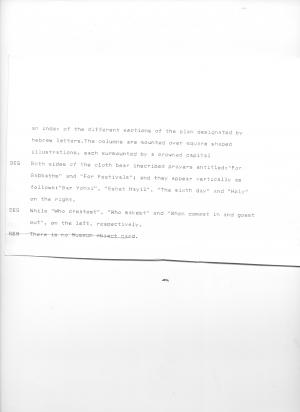 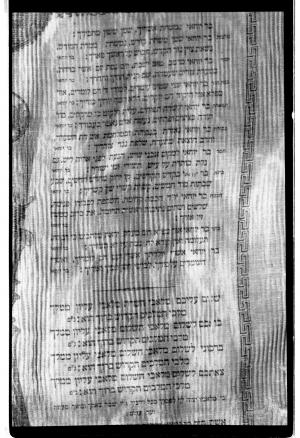 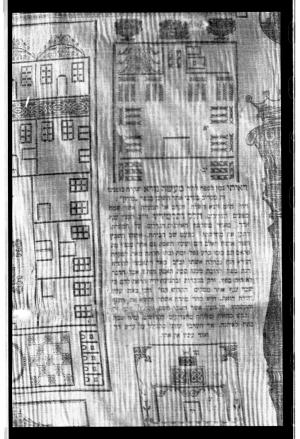