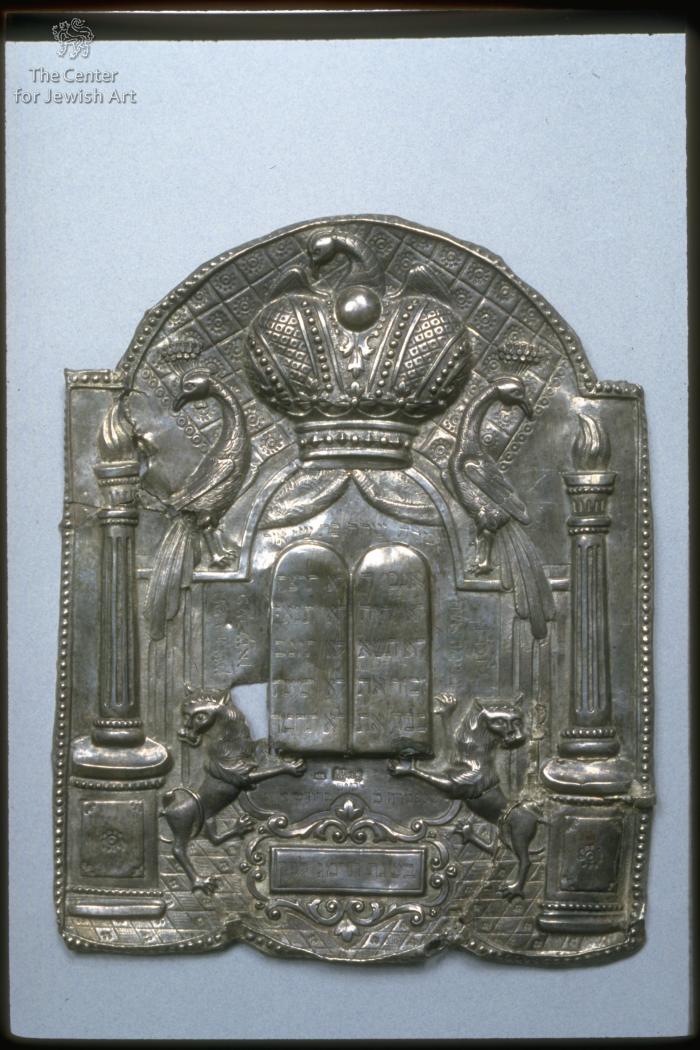 © Center for Jewish Art, Photographer: Radovan, Zev, 1992
The silver Torah shield is rectangular and terminates with a semi circular arch. It consists of a plate.## An arched facade supported by two columns is depicted in the centre. Tables of the covenant supported by two rampant regardant lions are depicted within the facade. The Tables are inscribed with the first words of the ten commandments, five on each side. A dedicatory inscription surrounds the Tables, written in square filled letters it reads from right to left: "לזכרון## נשמת אשה## מרת שרה בת שנאור## אשת גרשון## בערעזאן ## שנפטרה כ' ימים בחודש אדר ר' )ב'?( ## בשנת תרמ'ג לפק" ## "In memory of the soul of the woman Mrs. Sarah, daughter of Shneor wife of Gershon Berezon who died on the twentieth day of the month of Adar 2(?) the year 5643 (1883)" A rectangular plaque, at the bottom of the shield bears the date. A crown is located in the arch atop the Tables. A head of an eagle with spread wings emerge from behind the crown. A curtain drapes from the crown into the facade. Two regardant peacocks stand on the arched facade and flank the crown. Two columns decorated with vertical grooves flank the facade. Each column stands on a square base decorated with a flower and supports a flame atop their capital. The ground in the arch and base bear a diamond grid pattern decorated with a flower. The base of the shield is wavy. The shield is framed with a band decorated with a repeating dot pattern.
Summary and Remarks 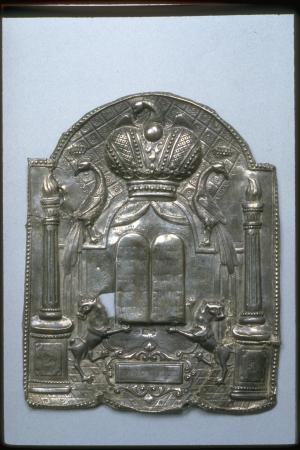 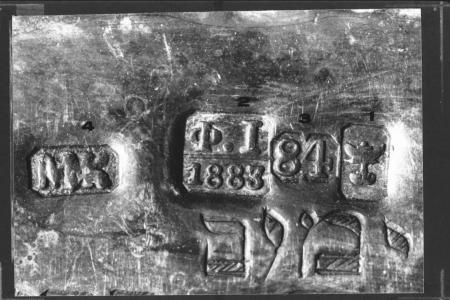 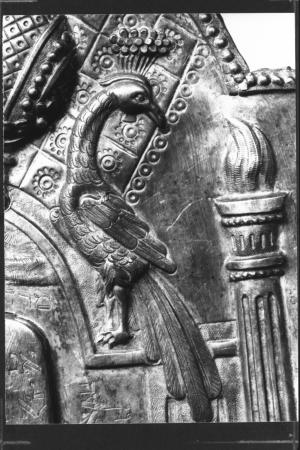 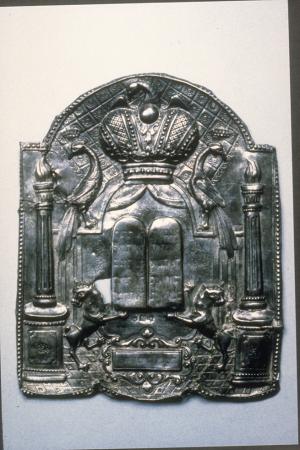 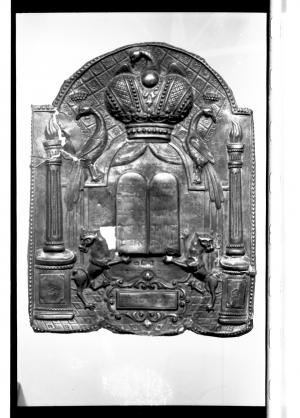 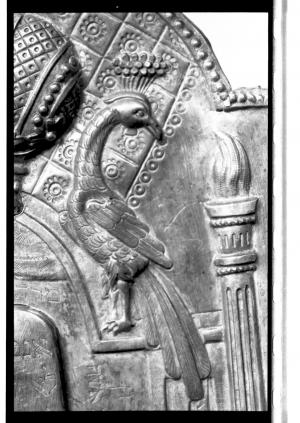 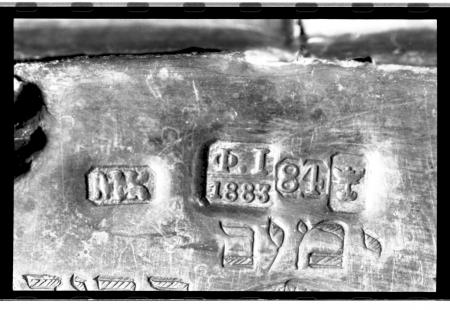 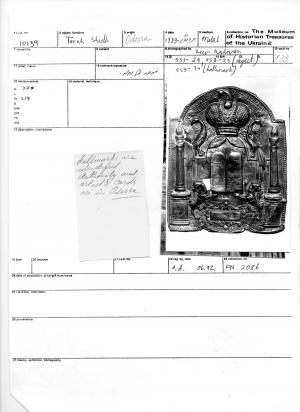 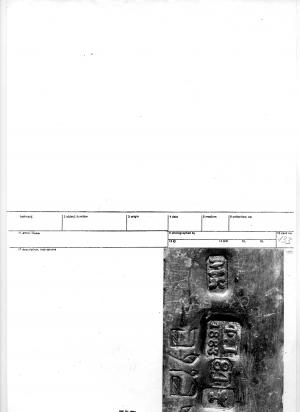 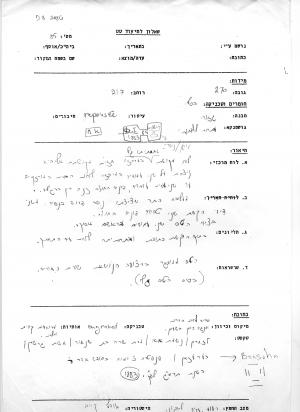