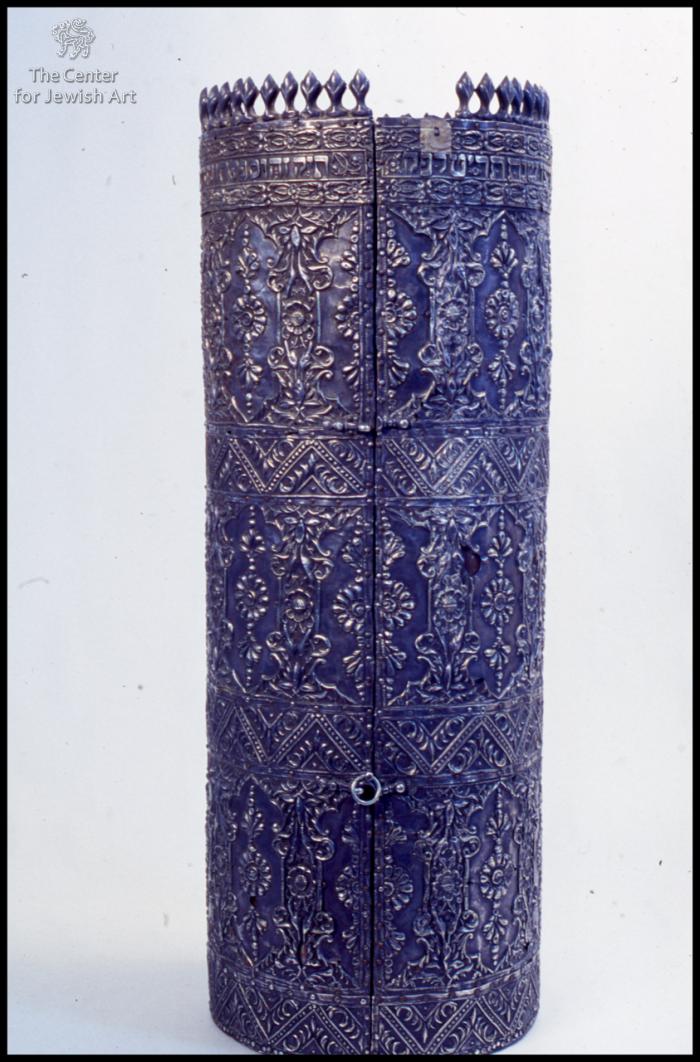 The cylindrical wooden Torah case consists of a body and a coronet. The case opens into two halves and is closed by a pair of ringed clasps. The back is divided in half by two hinges. The case cover is divided into three identical wide bands bearing an identical floral motif. Four thinner bands are located above and below each wide band. The thin band under the coronet bears a dedicatory inscription. The other three bands bear an identical geometric motif. The wide band consists of a repeating pattern of an elongated foliate cartouche containing a multi-petalled flower with a foliate motif stemming from above and below. A rosette is between each cartouche from which stems a palmette above and below. The lower three thin bands consist of a dotted double zigzag motif. A dotted triangle is between the zigzag and is surrmonted by a leaf motif.

"This Torah case and the Torah scroll inside belong to the honoured woman blessed shall be above woman in the tent Khatun daughter of the wise Aaron wise Rabbi Zal Hankay may his Rock protect and sustain him the year 5619 (1859)."

The inscription is framed by two rows of a repeating pattern of a four petalled flower flanked by horizontal leaves. The case is closed by two hooks bearing rings.

A coronet consisting of a repeating bud motif tops the body. 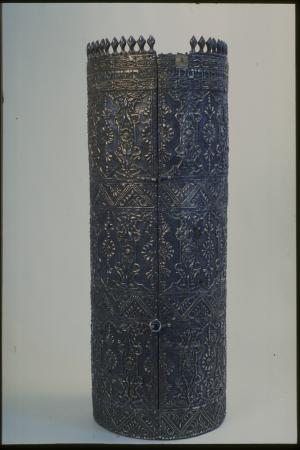 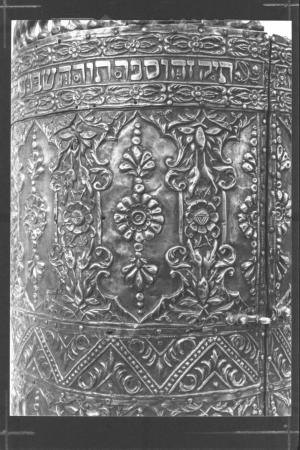 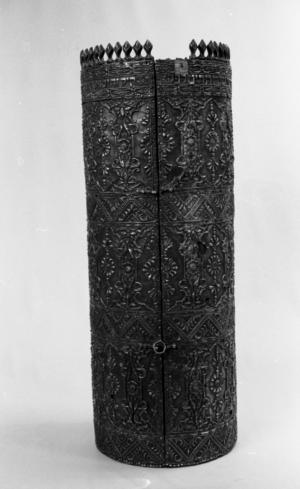 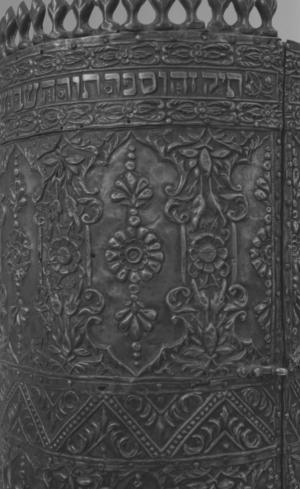 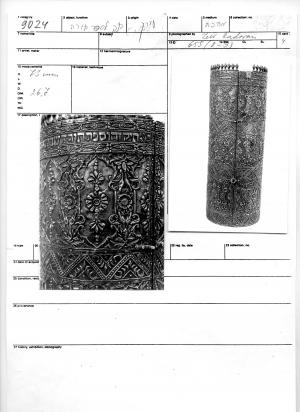 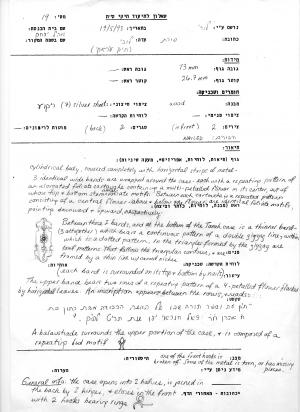 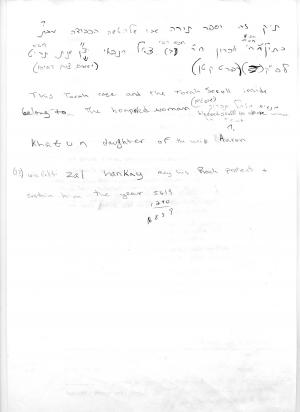 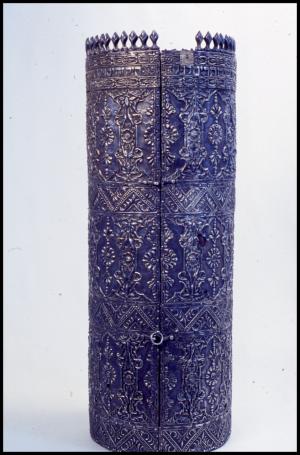