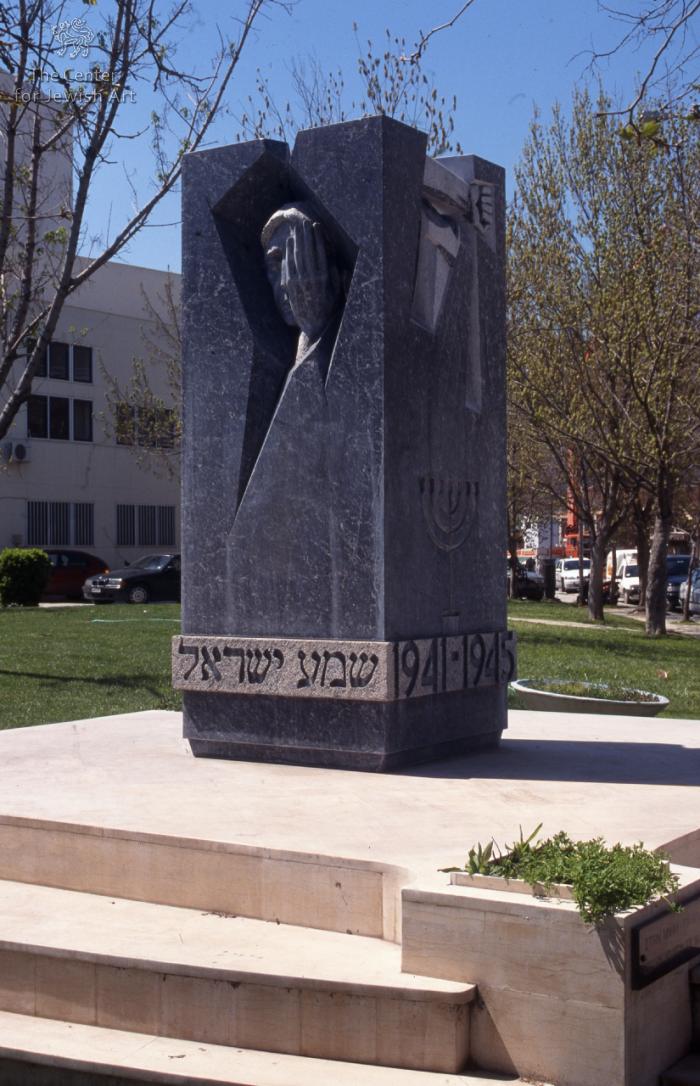 Jews of Volos and all Jewish victims of the Holocaust

The monument is set in a grassy tree-lined park on the site of the Volos Synagogue destroyed by the Germans, and then after rebuilding destroyed in an earthquake. The freestanding monument is built on a stone platform, raised three steps above ground level. The top of the platform is paved with light-colored square stone slabs laid in a diamond pattern.

The large vertical rectangular black stone block is set on the center of the platform. It may be a single block with an inscribed light stone band applied near the base, or it may be built of stacked parts, with a short black stone at the base, the even shorter but slightly wider inscribed stone above, and then the much taller main monument block set on this. On the inscribed white stone is written in large numbers “1941-1945”, On the three sides of the stone is inscribed in large Hebrew letters the words to the prayer Shema.

On the black stone above dates and Shema are relief carvings and a memorial inscription in Greek. The style of the carving is cubistic and expressionist, as if figures are trapped in the stone and dep angular cuts reveal parts of these forms.

On the side with the dates 1941-1945, is inscribed a menorah and above this is reveal part of a figure, the clearest part a raised left arm and clenched fist, bent back over a head.

On the side where it is written “Shema Yisrael” [Hear, O Israel!] is shown in deep relief a human face with a hand raised to cover one side.

On the side where it is written “Adonai Eloheinu” [Adonai is our God] is carved a memorial inscription and the names of the sponsors, and above this in low relief a face of a child.

On the side where it is written “Adoani Ehad” [Adonai is One] is carved another figure with the right arm raised and fingers outstretched. This relief also shows the head and upper torso.

The inscription in Hebrew cites the prayer Shema and reads:

The inscription in Greek on the stone reads:

Translation: The monument was erected by the municipality of Volos / And the Israelitic community of Volos / To honor the memory and remind / The extraction by the Nazi Germans / Of 155 Jews of Volos who are included / To the 66,155 Greek Jews and to  the / 6,097,000 Jews of Europe / Innocent victims of Hitler’s persecution

A separate plaque attached to the podium is inscribed in English:

In memory of the Volos
Jews victims of Nazism

Victor Politis in cooperation with the Municipality of Volos 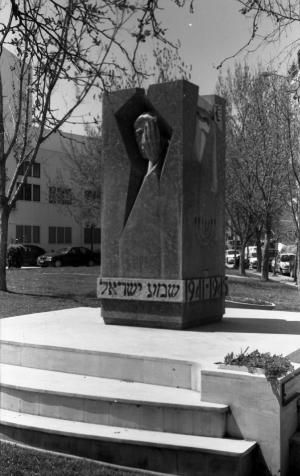 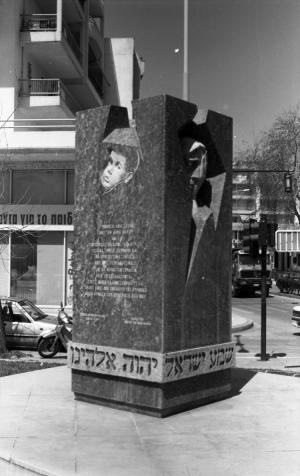 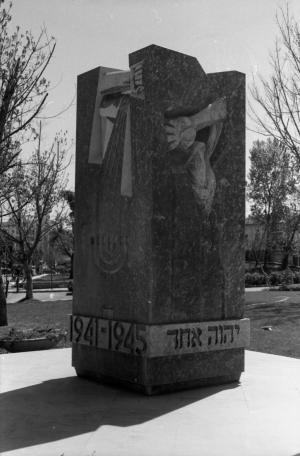 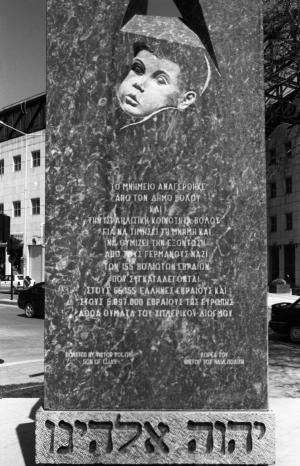 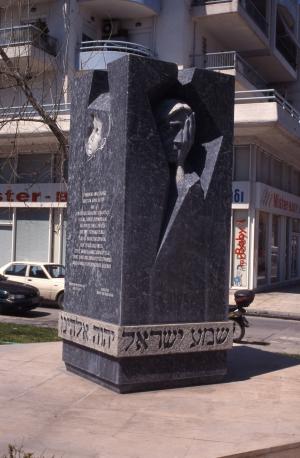 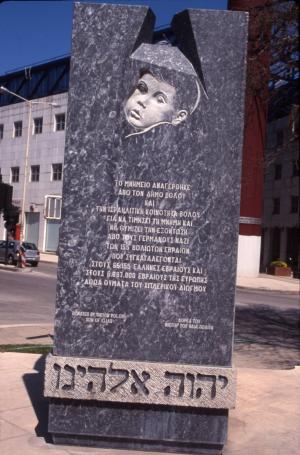 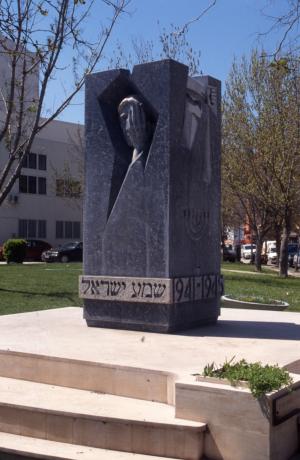 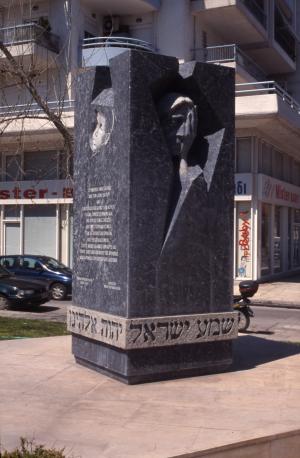