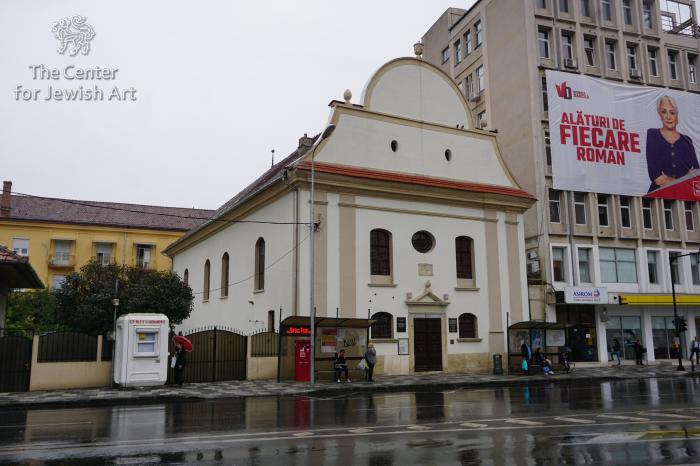 Alba Iulia is the oldest Jewish settlement in Transylvania, where Jewish presence was recorded in the late 16th century. In 1653, the region’s code of laws required all Jews in Transylvania to live exclusively in this town. Until 1879, the rabbis of Alba Iulia were considered to be the chief rabbis of all Jews in Transylvania. The Jewish population of Alba Iulia increased from 150 Jews in 1785 to 264 in 1838 to 1,586 in 1910 (14% of the total population) and 2,070 in 1947. As a result of the Jewish emigration during the Communist era, only 45 Jews remained in the city in 2003.[1]

The Ashkenazi synagogue of Albe Iulia is the oldest synagogue in Transylvania, built in 1840. In 1938 it was reconstructed and, in 2017, it was significantly renovated.

The interior is decorated by similar pilasters. A prominent wooden Torah ark stands in the center of the east wall. A canopy on four Corinthian columns precedes the ark, which is decorated with wooden carved figures of lions holding the Tablets of the Law (Fig. 44).

A marble bimah in the center of the hall is a nice piece of Baroque stone carving. Four Ionic columns accentuate its four corners, serving as a model for the bimah in the Great Synagogue of Sibiu. 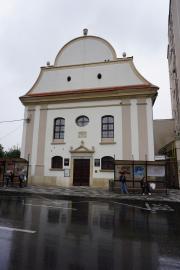 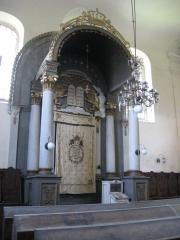 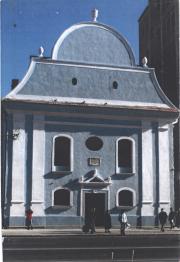 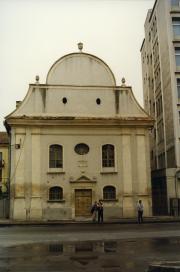 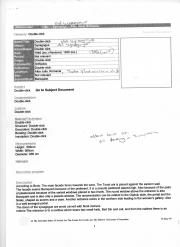