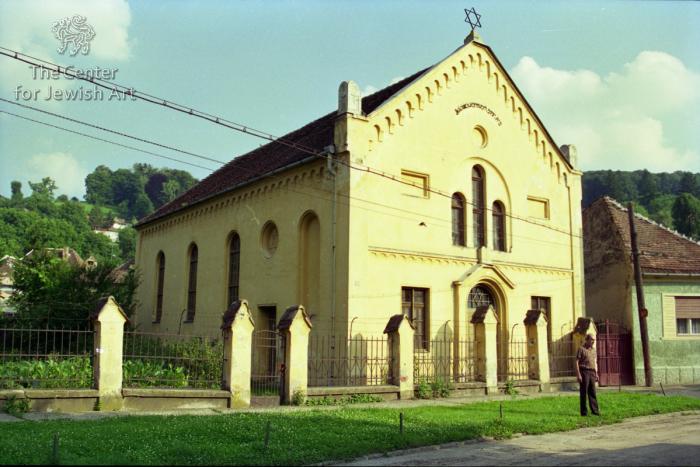 The synagogue in Sighişoara, built in 1911, is a modest Neo-Romanesque building, facing the street with its main, northwestern facade. The façade is crowned by the Star of David and not with the Tablets of the Law, which is rare in Transylvania. The decoration of the main entrance door echoes that of the Torah ark inside the prayer hall.

The prayer hall is spanned with a barrel vault, painted as a starry sky. The hall is lit by eight windows: two in the southeastern wall, flanking the Torah ark, and three in each southwestern and northeastern walls, which are partially blocked by wooden women's galleries. An oculus is placed above the Torah ark. A wooden square bimah is situated in the center of the hall.

The Torah ark is a wooden structure decorated by Stars of David and topped by the tablets of the law. It is flanked by two painted palm trees. The tree on the right side is inscribed צדיק כתמר אפרח ("The righteous shall flourish like the palm tree," Ps. 92:12), and the tree on the left inscribed with the continuation of the verse: כארז בלבנון ישגה ("he shall grow like a cedar in Lebanon," Ps. 92:12).

A depiction of the Western Wall in Jerusalem is situated to the right from the entrance door at the northwestern wall of the hall. It looks like a painting is richly decorated frame hanging on the wall. The Western Wall plaza is shown as a narrow lane with a single tree.

Synagogue in Sighișoara - photos of 2019

Synagogue in Sighișoara - photos of 1997 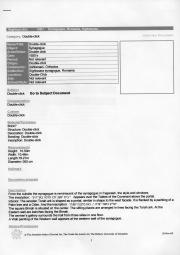