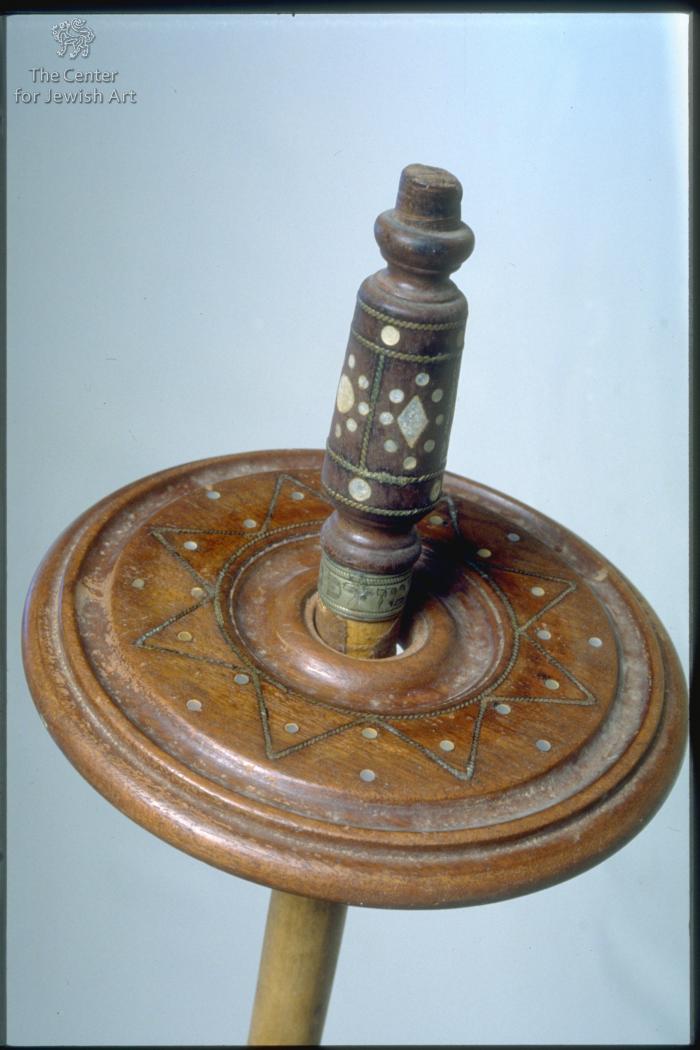 © Center for Jewish Art, Photographer: Radovan, Zev, 1990
The wooden staves are composed of a plate, a bar and a head. ## The plate has an undulating eadges and decorated on it's upper face with a star like motif inlaid in a metal thread and a Damascene work. The bar is cylindrical. The head is cylindrical,with an undulating base and top The central part of The head is inlaid in a Damascene work which forms flowers and geometrical decoration framed with a metal thread. The lower part is encircled with a silver band , which bear an inscription in outlined letters, and reads; תרמ"ז לפ"ג )=לפרט גדול(. 5647($$11887) 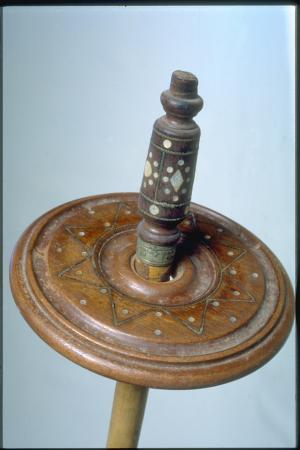 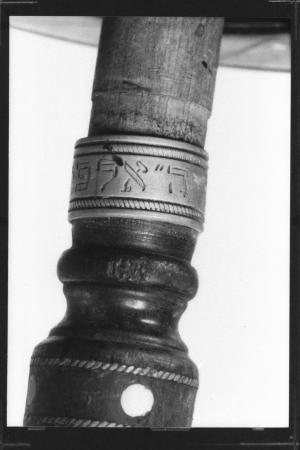 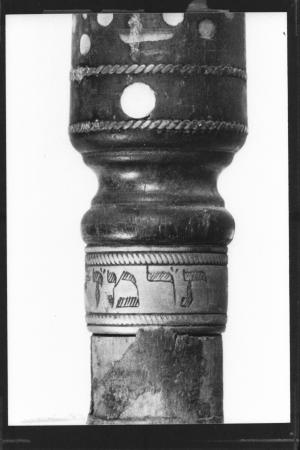 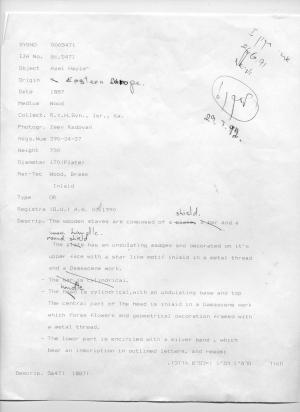 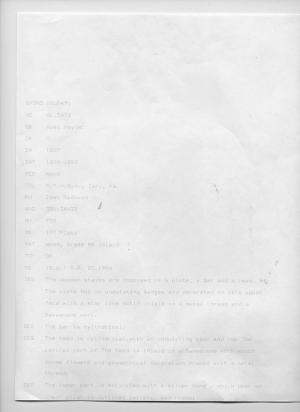 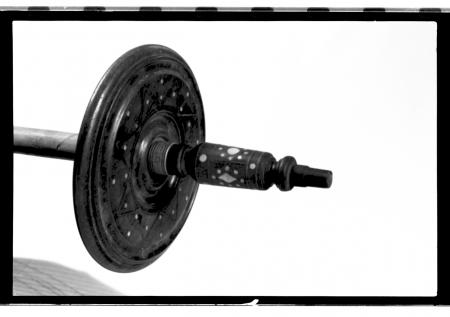 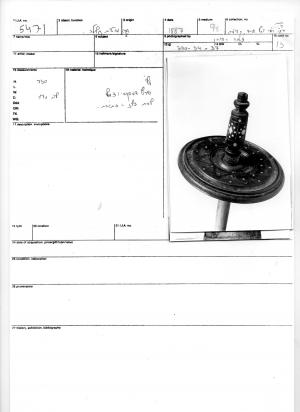