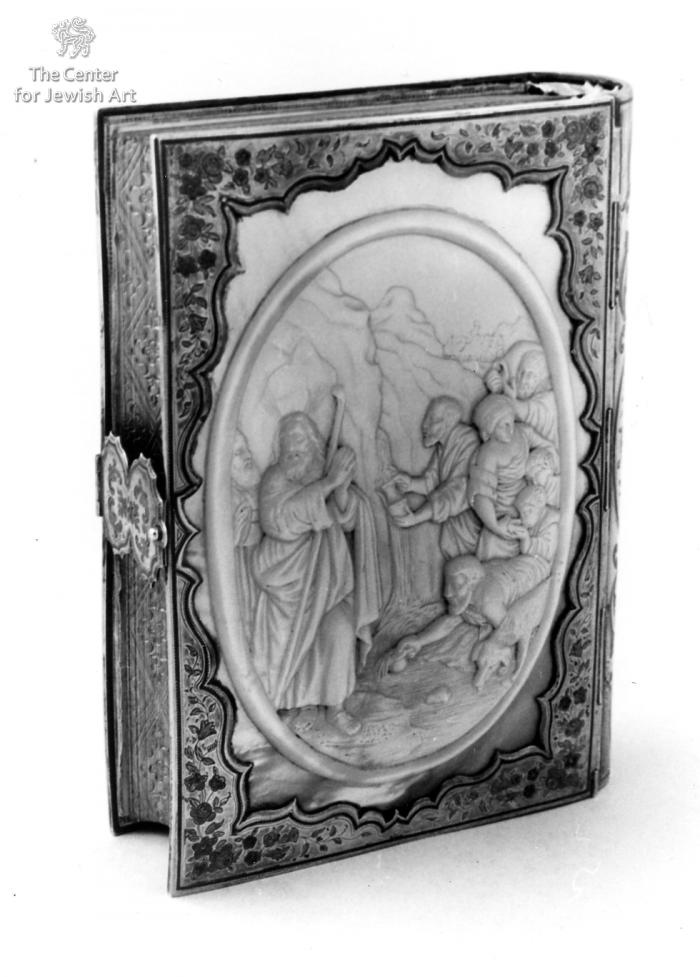 © Center for Jewish Art, Photographer: Radovan, Zev, 1986
The rectangular silver book^binding consists of an upper and a lower covers, a spine and one clasp. The upper and lower covers bears a central decorated shell inlaid in the golded silver cover. The cover is cutting and form an internal weavy frame and it is decorated by blacked smalls flowers and leaves. The cover is framed by a straight bar. The inlaid shells bears on the two covers oval frames containing differents scenes. On the upper cover is represented the biblical scene of Moses^strucking^the^Rock. Moses is standing with a beared man at the left side of the scene and a group of six person are on the right side. On the back is depicted a rock with a squirt of water fluxed from it and forming a small river. Moses hold a large stick, he is facing to the group at the other side of river, and looking backward. The group is composed by a man carring a jar, a women giving water to two childrens, a man collecting water from the squirt, an other from the river and a dog drinking water. The lower cover bears an oval frame depicting in the center two empty cartuche topped by a crown and interlaced scroll below them. Two branches attached at the bottom circumvolve inside the frame. The convex spine is decorated by interlaced scrolls and flowers forming a central medallion bearing the word: prieres. The single clasp is composed by two circles decorated by little flowers and framed by an undulating bar . The border of the pages is golded and decorated by a lozange pattern filled with vegetal motifs. 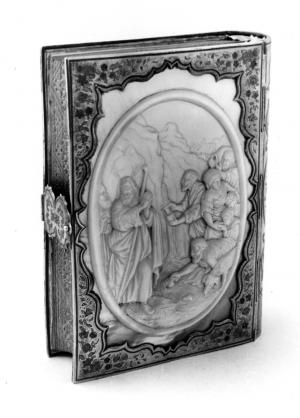 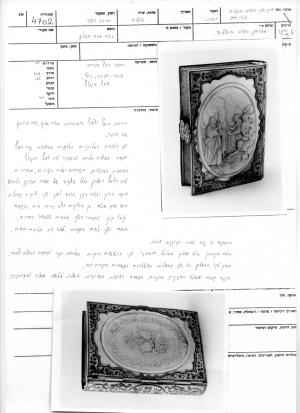 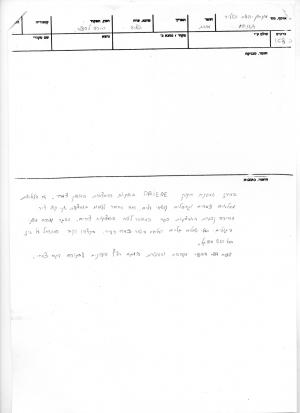 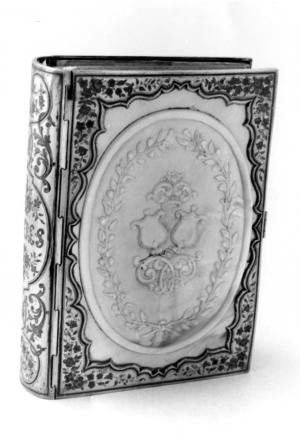