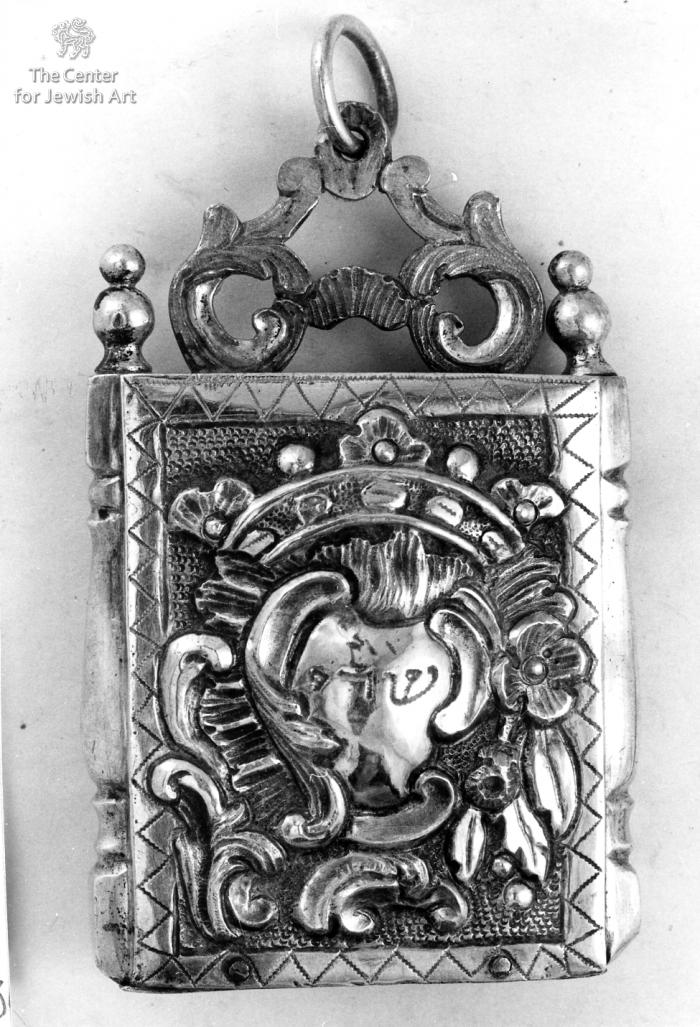 © Center for Jewish Art, Photographer: Radovan, Zev, 1986
The silver amulet is composed of a case and a hanger. The rectangular case in form of building facada has two sides composed by a door, two side columns and a domed roof. The case is closed by a fixed plaque at the bottom. שדי !Shaddai!, engraved in linear letters. The cartouche is surrounded by an asymmetrical composition of rocailles, scrolls and flowers. It is surmounted by a crown composed by a row of dots set between two arched bands and a row of flowers intercalated with globular forms. There is a frame composed by a zig-zag pattern. At both side of the door are two engaged columns surmounted by an undulating apex. The upper part of the amulet consist in a domed roof decorated with an openwork scroll pattern. It is surmounted by a round hanger and has a ring pulled through it. 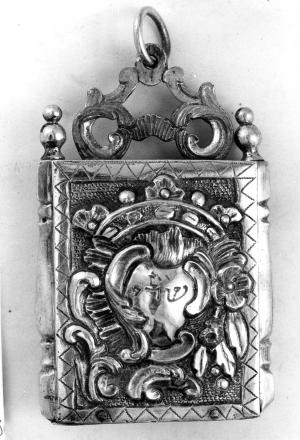 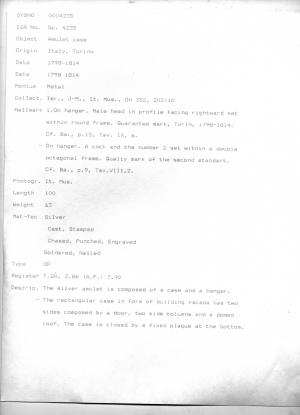 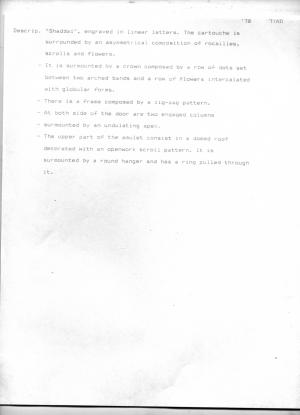 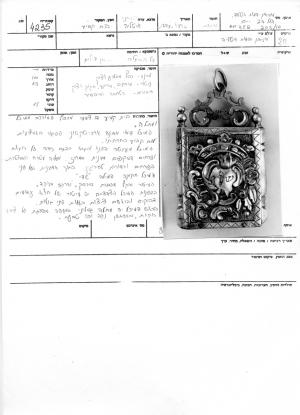 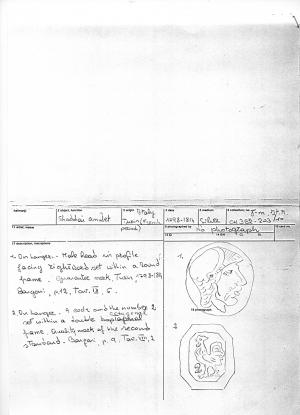 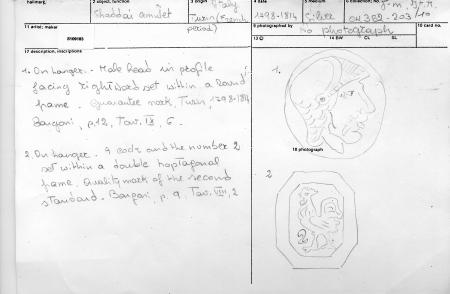