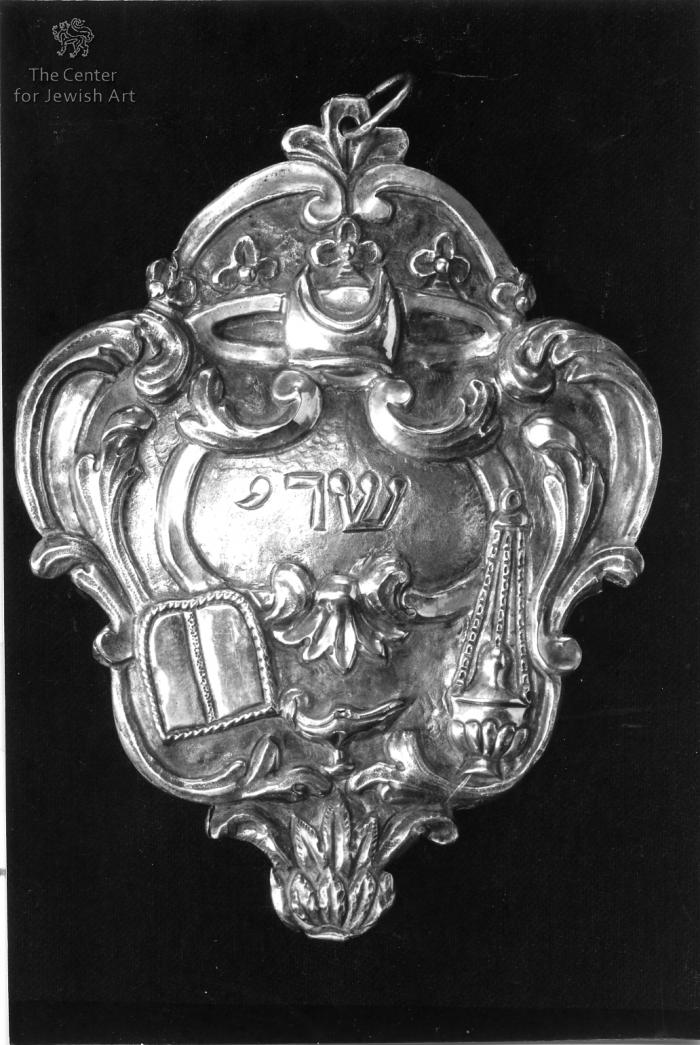 © Center for Jewish Art, Photographer: Radovan, Zev, 1986
The silver amulet is composed of two joined plaques, and a hanger. The plaques are oval and convex and they have a weavy rim. One side bears on the centre a rocaille's framed cartouche bearing the word: שדי !Shaddai!. Both sides are decorated with a mitra at the top, the inciense^burner at the right, the Tablets^of^the^Law at the left and an oil lamp at the bottom. Around the borders, the plaques bear a decoration of scrolls. The upper part of the amulet is decorated by a baldachin composed of a row of flowers and rocailles. ##The baldachin is topped by an hanger composed of a ring attached to a trefoil flower. 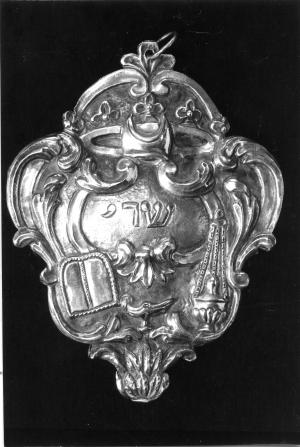 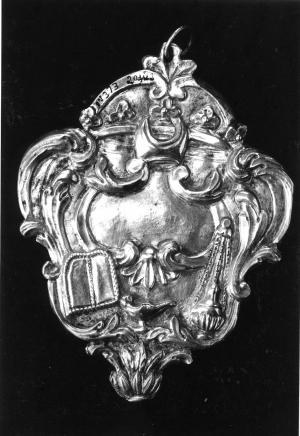 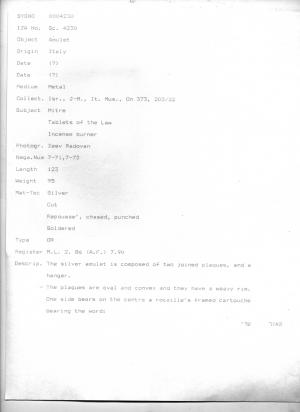 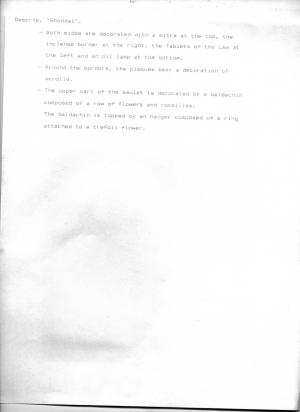 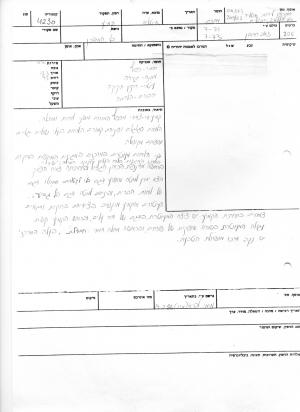