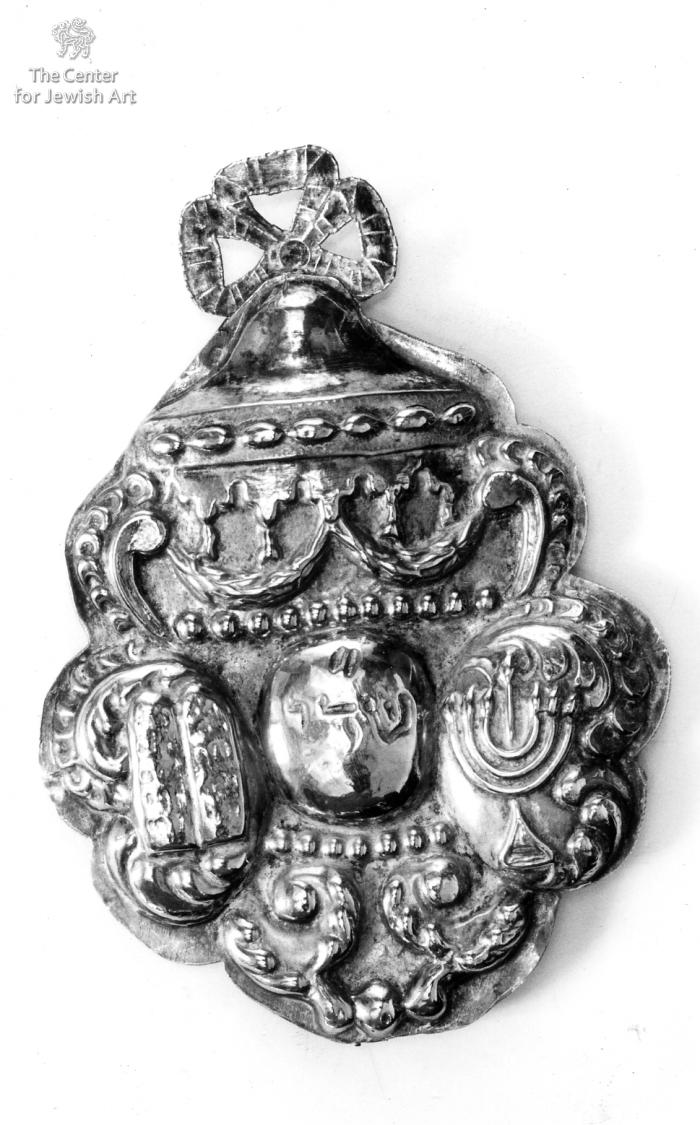 © Center for Jewish Art, Photographer: Radovan, Zev, 1986
The silver amulet is composed of two joined plaques, and a hanger. The plaques are oval and convex and they have a weavy rim. Both sides bear on the centre an oval cartouche bearing the word: שדי !Shaddai!. The cartouche is set within two horizontal rows of dots. Two cartouches are set at each side of the central cartouche. The righter bears a seven-branched menorah and the lefter, the Tablets^of^the^Law. They are framed with rocailles. Around the borders, the plaques bear a decoration of scrolls. The upper part of the amulet is decorated by a baldachin composed of a valance, a geometrical row and a hyperboloid dome.##The baldachin is topped by a hanger in the shape of a ribbon. 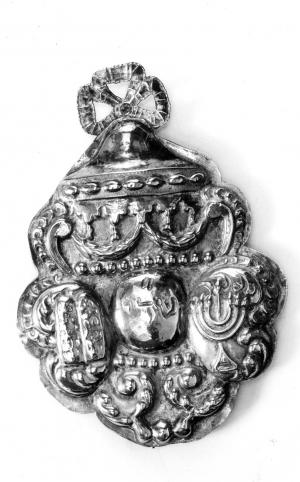 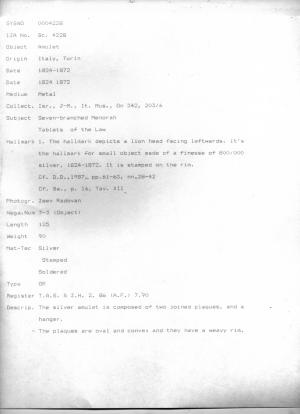 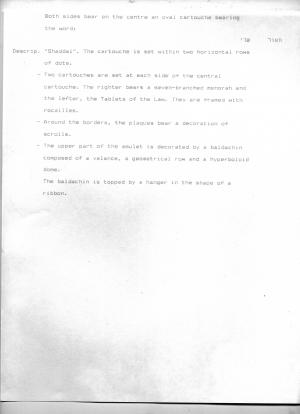 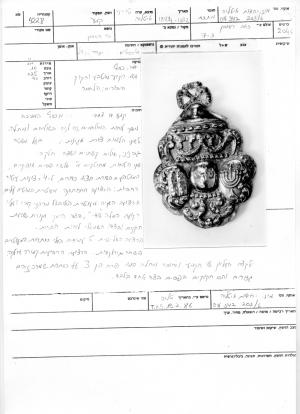 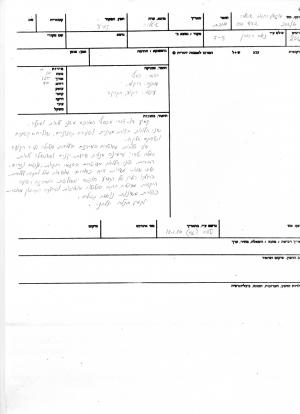 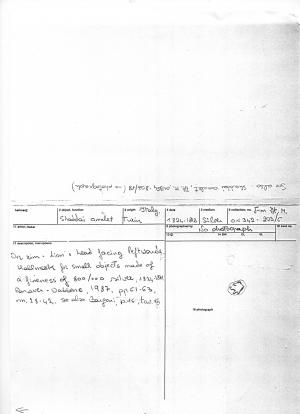 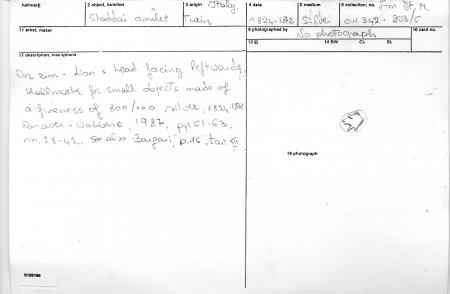 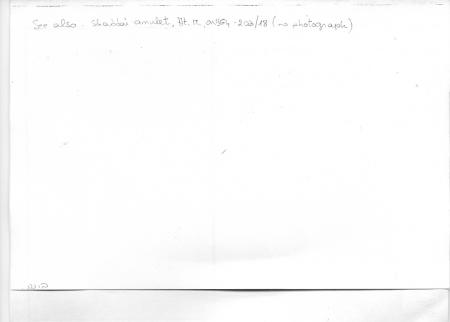