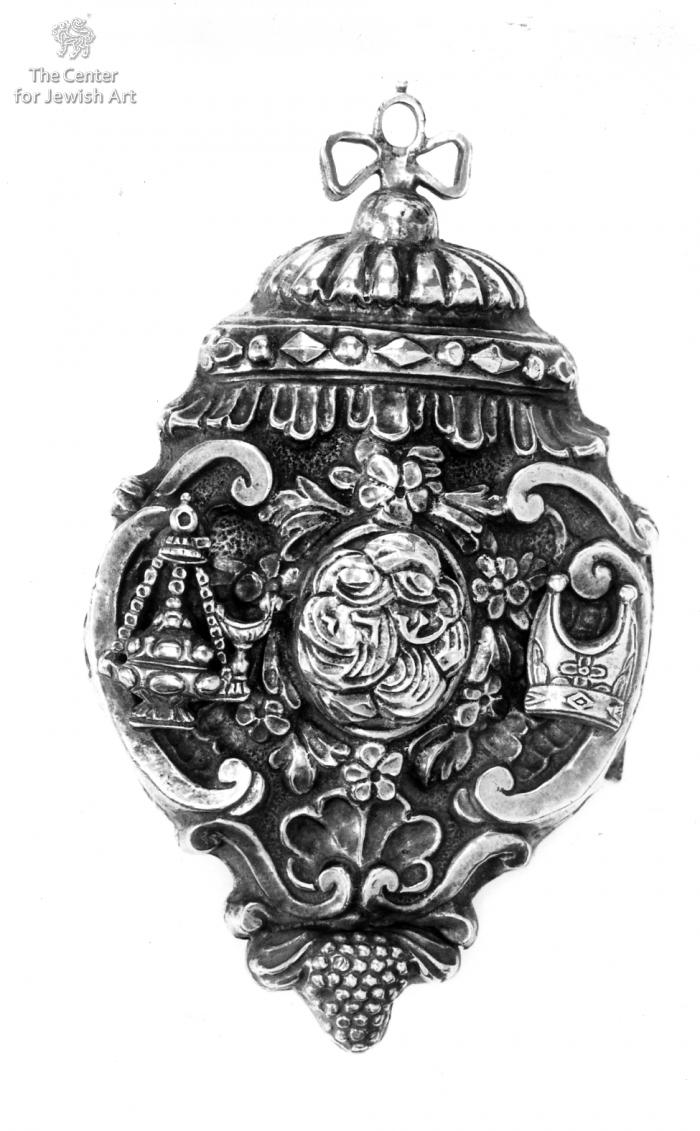 © Center for Jewish Art, Photographer: Radovan, Zev, 1986
The silver amulet is composed of two joined plaques, and a hanger. The plaques are oval and convex and they have a weavy rim. Both sides bear a central cartouche decorated with a floriate pattern and bearing the word: שדי !Shaddai!. The medallion of the upper plaque functions as a separated cover. Around the cartouche a floral wreath is depicted and around the border of the amulet is a decoration of volutes. A conch is depicted at the bottom.. On both sides of each plaque two Temple^Implements are depicted. On the front plaque: The Tablets^of^the^Law and the base of another object (the object is missing). On the back plaque: The priestly^Mitre and the incense^burner. The amulet is surmounted by a graded baldachin composed of a valance, a geometrical row and a grooved dome.## A trefoil hanger is attached to the top of the dome. A cluster of grapes is attached at the bottom of the plaques. 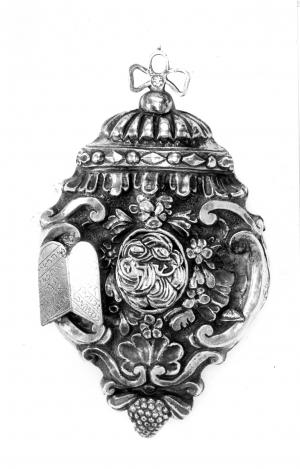 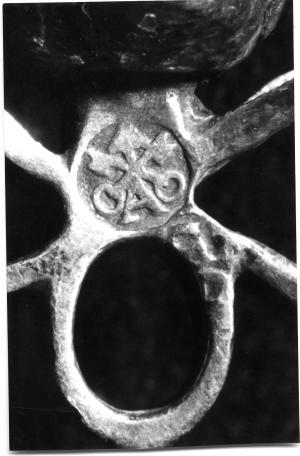 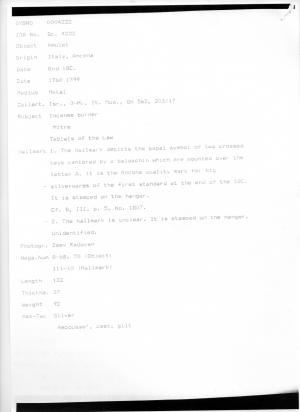 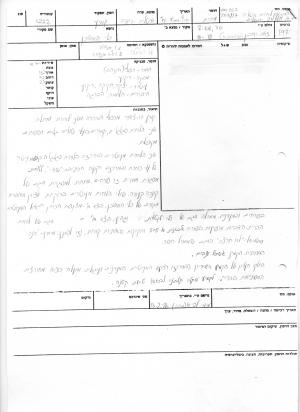 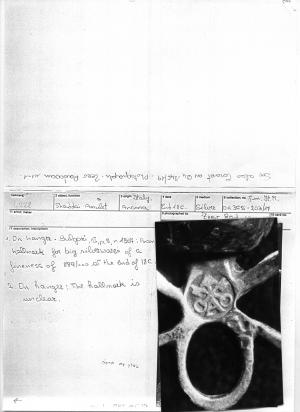 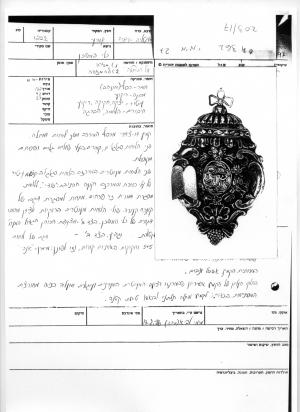