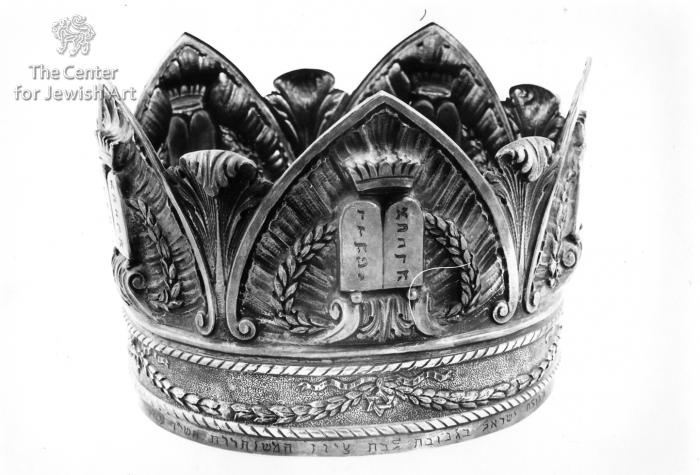 The base is round and it has a horizontal band decorated with a garland linked by few knots from where is hanging a Star of David. The band is delimited by two rows of a rope pattern. Under the band there is a dedicatory inscription.

The wreath is round and in the shape of five pointed arches. The arches are decorated with the identical reliefed motif: The arched Tablets of the Law surmounted by a coronet and set on a pedestal composed of two volutes flanking an acanthus leaf. An arched garland flanks the Tablets which are set on a conch-like background. Between each couple of arches an acanthus leaf is depicted.

A bar is attached to the inner side of the coronet. A dedicatory inscription is engraved in linear letters and reads: 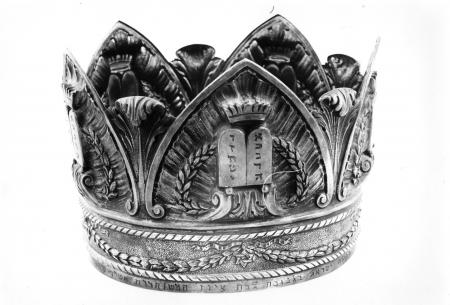 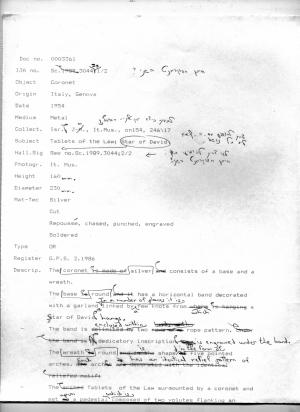 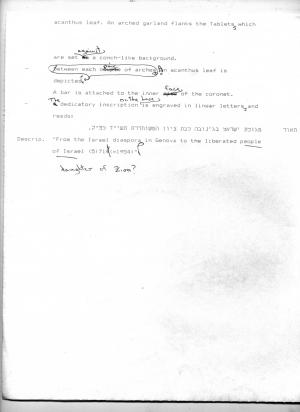 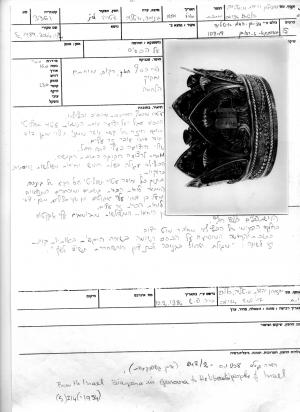 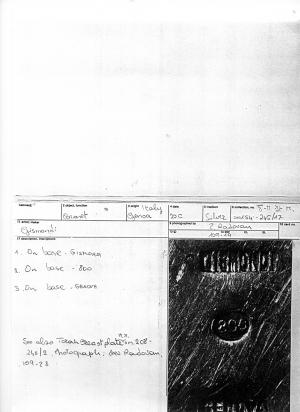 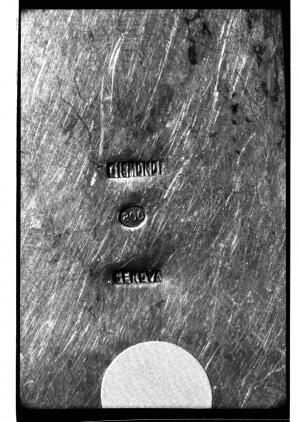 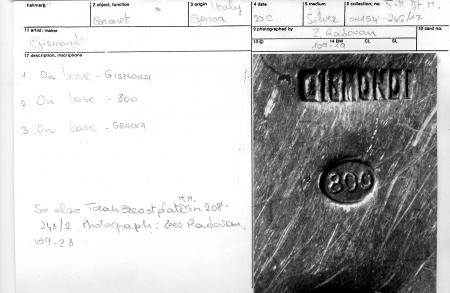