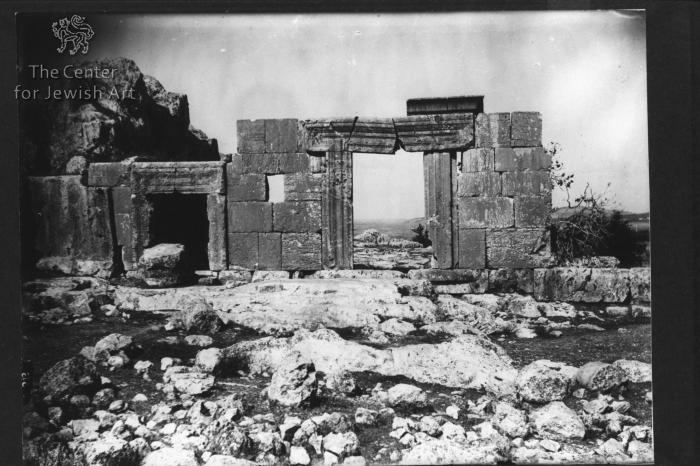 © Center for Jewish Art, Photographer: Unknown,
Description: The synagogue is a long basilica, oriented north south, toward Jerusalem. Three entrances located in the south facde. Infront of the facade there was a shallow portico, with six columns. The hall is divided into a nave and two aisles by two rows of eight columns each, According to D.Barag in the northern end of the hall there was a transverse row of four columns. The leveled rock floor was apparently paved with stone slabs. 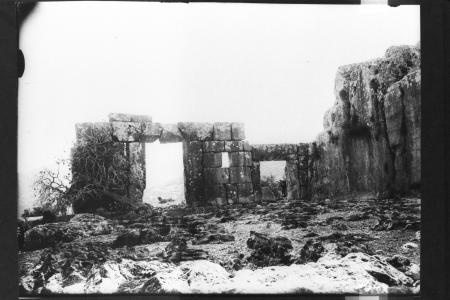 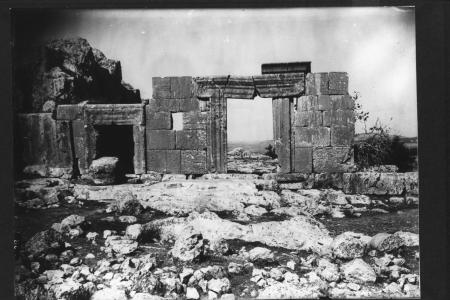 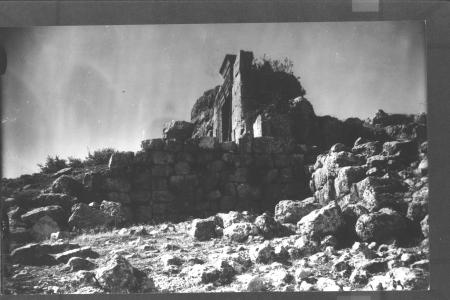