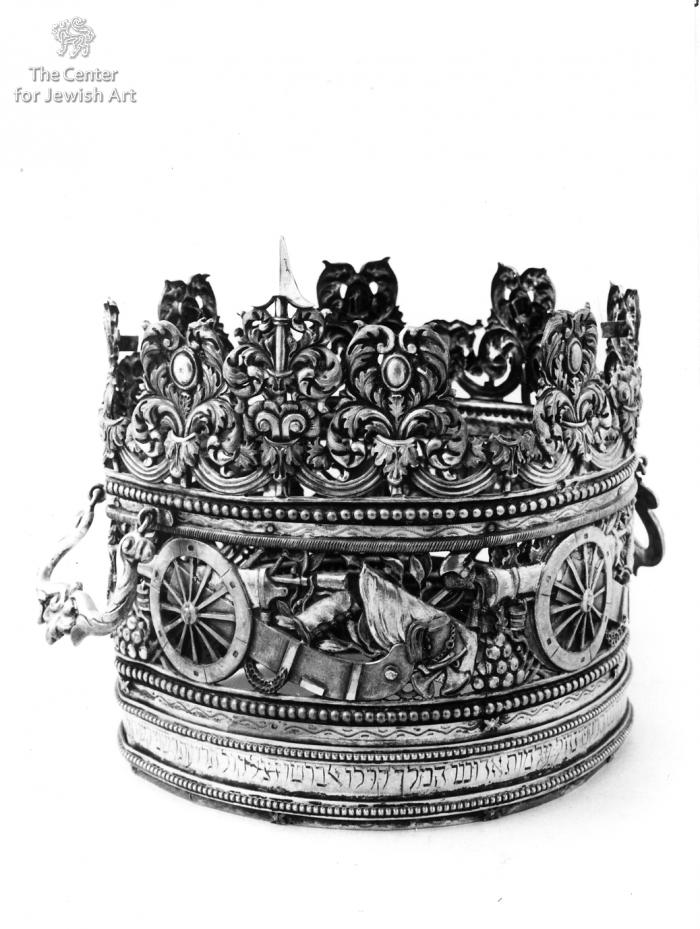 The coronet is made of silver and consists of a base, a wreath and two handles.

The base is round and it consists of seven bands separated by dotted rows. The lower band bears a dedicatory inscription and the one upon it is decorated with a weavy line. The wider band bears a repeatetive war depiction of a cannon with its pile of ammunition, a flag and a war hat. Upon this band is a narrow one with a continuous weavy pattern. Two foliate handles are attached to the upper border of the base.

The wreath is round and it bears a reliefed decoration of floral and foliate patterns combined with standing spears. The wreath bears a weavy upper border. A dedicatory inscription is engraved in outline letters and reads:

"Donation of Elijah Levi Halevi to commemorate that in the day 27 Elul (5)609= (1849) at the time that we were in a great mourning in the synagogue after the death of our master the king Carlo Alberto, the righteous of blessed memory, the noise of the arrows of the steel bow strengthens greatly in the honour and the respect of the royalty." 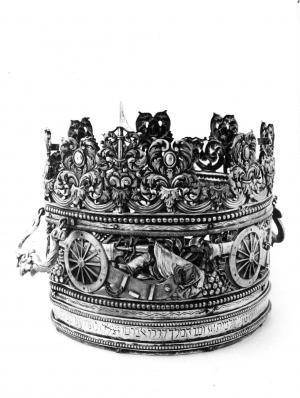 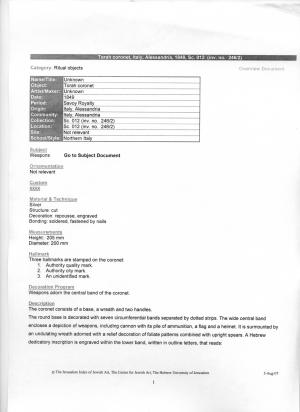 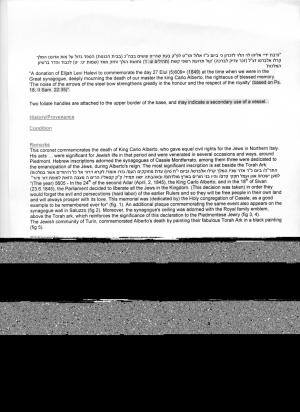 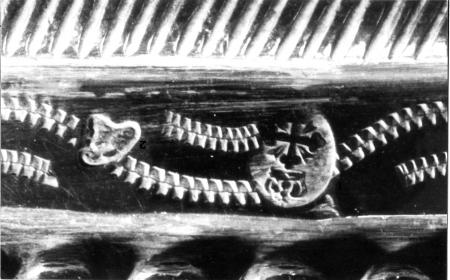 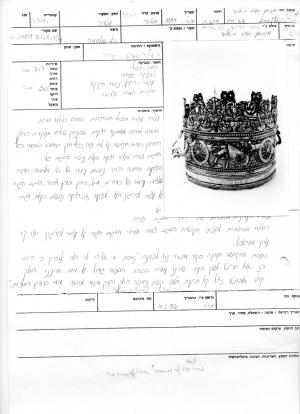 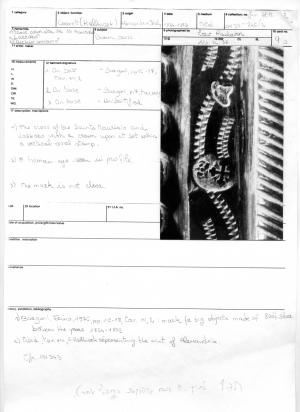 This coronet commemorates the death of King Carlo Alberto, who granted equal civil rights to the Jews in Northern Italy. His acts were significant for Jewish life in that period and were celebrated on several occasions and in various ways around Piedmont. Hebrew inscriptions adorned the synagogues of Casale Montferrato, among them three were dedicated to the emancipation of the Jews during Alberto's reign. The most noteworthy inscription is set beside the Torah Ark:

"(The year) 5605 - on the 24th of the second Adar (April, 2, 1845), the King Carlo Alberto, and on the 18th of Sivan (23.6.1845), the Parliament decided to liberate all the Jews in the Kingdom. (This decision was taken) in order that they would forget the evil and persecutions (hard labour) of the earlier Rulers and so they will be free people in their own land and will always prosper with its love. This memorial was (dedicated by) the Holy congregation of Casale, as a model to be remembered evermore, from generation to generation."

An additional plaque commemorating the same event also appears on the synagogue wall in Saluzzo.

Moreover, the synagogue's ceiling was adorned with the Royal family emblem, above the Torah ark, which reinforces the importance of this declaration to Piedmontese Jewry (fig. 2).

The Jewish community of Turin commemorated Alberto's death by painting their fabulous Torah Ark in black.