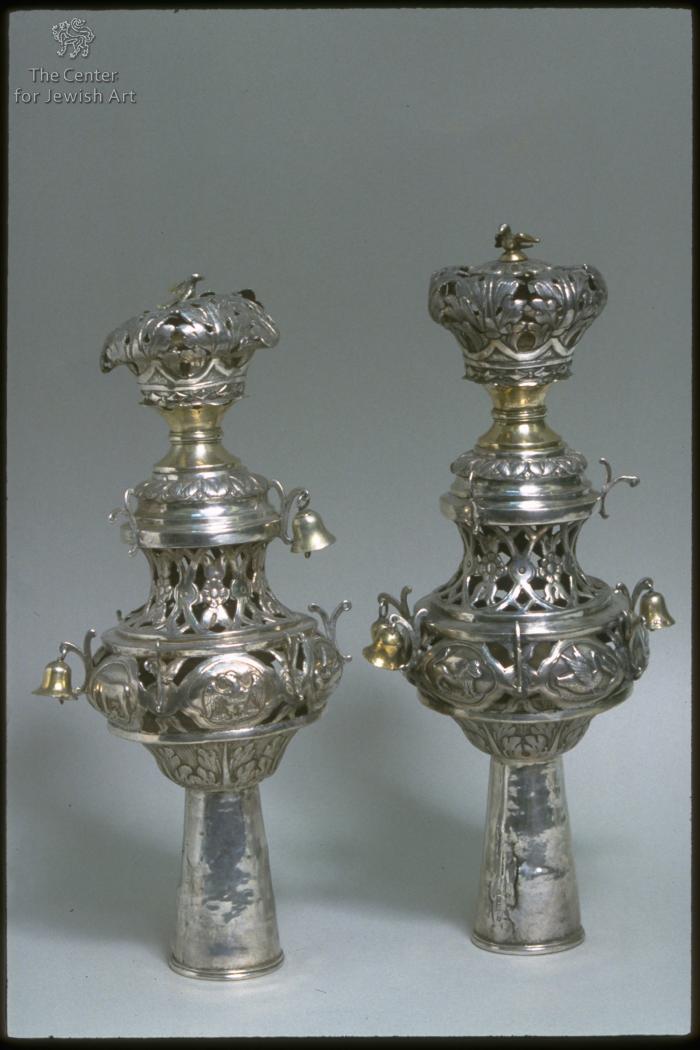 © Center for Jewish Art, Photographer: Radovan, Zev, 1992
The undulating Torah finials consists of a shaft, body, head and a apex. The smooth, tapering, cylindrical shaft is encircled at the bottom by a ring. The undulating body comprises a bowl-shaped base decorated with leaves, radiating from the center. The base is surmounted by a compressed convex unit, bearing six medallions on each finial. The medallions feature depictions of Noah's Ark as a boat-house on the water, an eagle, an elephant, a duck, a lion and a swan. The animals on the first finial face right and the ones on the second finial face left so that when they are juxtaposed the animals on either finial face inwards. A concave unit which surmounts the bottom part of the body is composed of an openwork weave that creates cartouches decorated with flowers and leaves. A stepped dome which surmounts the body is encircled by strips and decorated with leaves at the top. Hooks for bells are attached to the dome and to thebottom of the concave unit. A crown shaped head which surmounts the body is composed of six arms in the shaped as acanthus leaves. A floral circlet bearing a bird shaped apex, surmounts the head.
Summary and Remarks 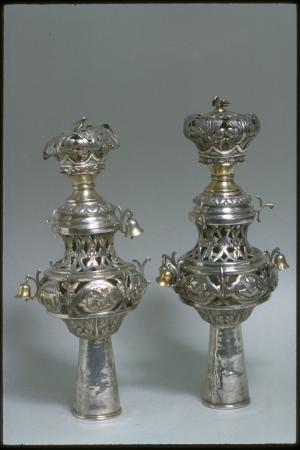 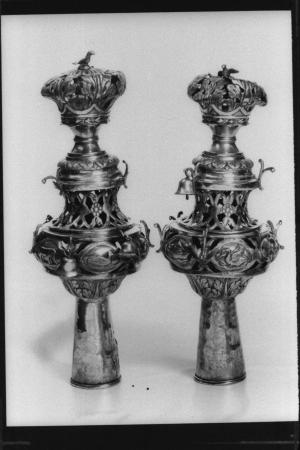 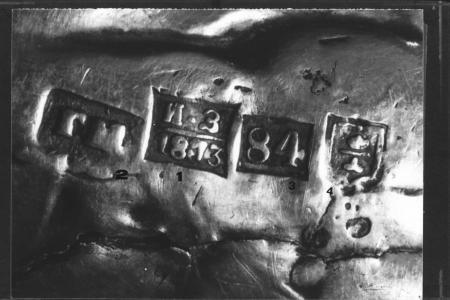