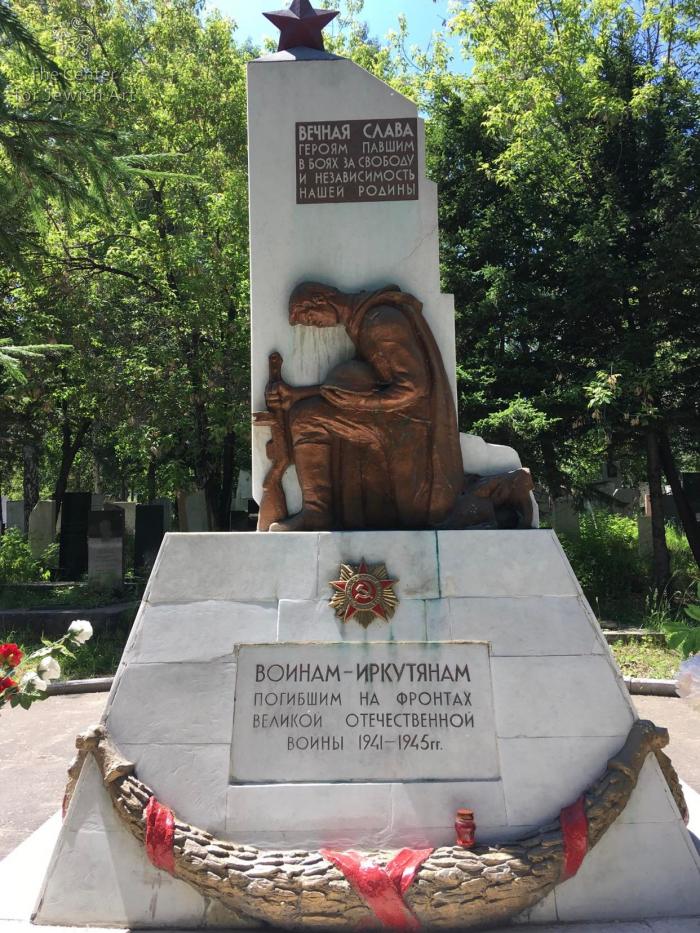 In 1977, the active members of the Jewish community unveiled a memorial dedicated to Jewish soldiers from Irkutsk who perished during WWII.

The marble obelisk is erected on a high base and is decorated with a relief of a soldier. The inscription above the relief state in Russian:

Translation: Eternal glory to heroes who perished in the battles for freedom and independence of our motherland

The base bears the inscription in Russian:

Translation: To fighters from Irkutsk, who perished in the fronts of the Great Patriotic War, 1941-1945

The central obelisk is surrounded by two walls with 144 names. The walls are inscribed

Translation: 1941-1945. No one is forgotten. Nothing is forgotten (reference to a poem by Olga Bergolts)

The memorial underwent repairs in 2015.

It seems that the inscription on the back side of the marble obelisk citing the song by Igor Demarin devoted to WWII soldiers was added during this reconstruction. 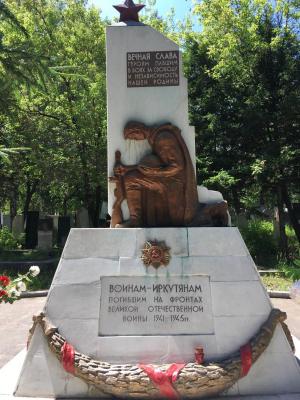 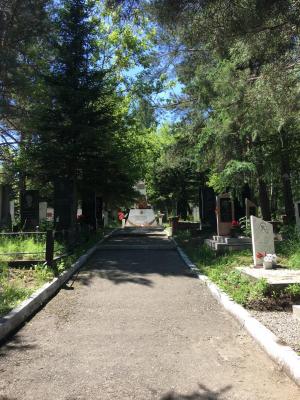 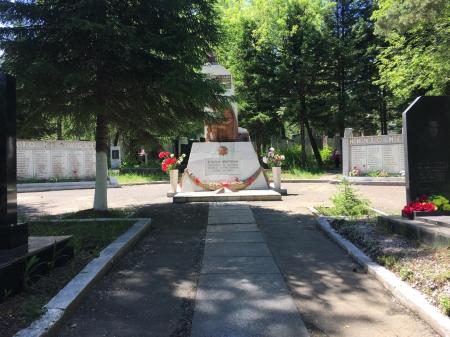 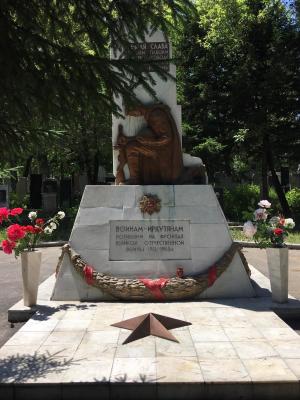 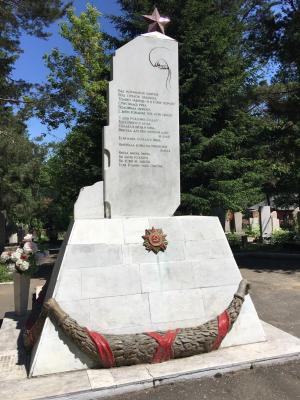 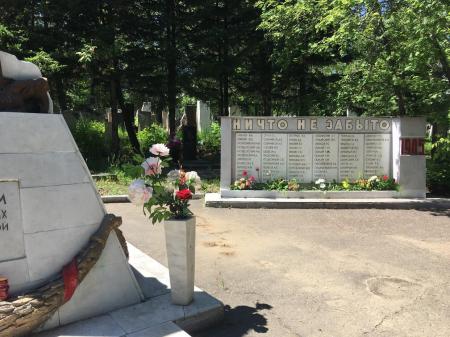 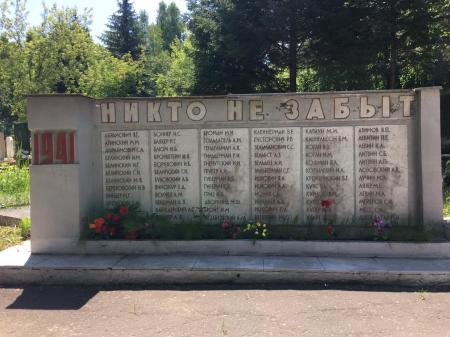 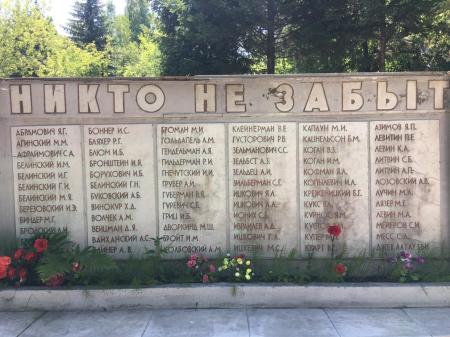 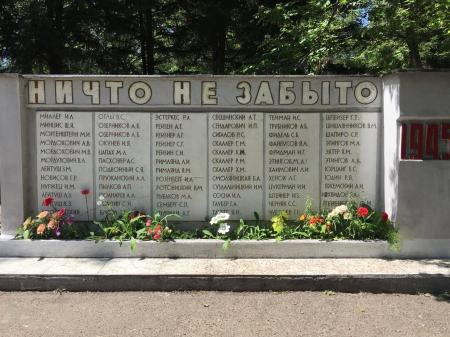 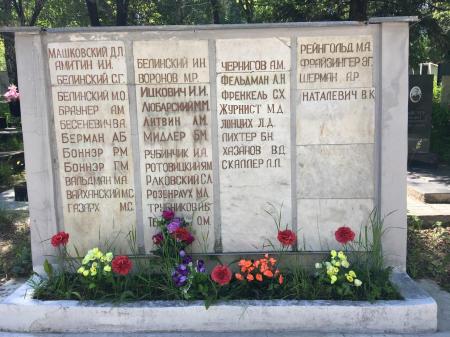