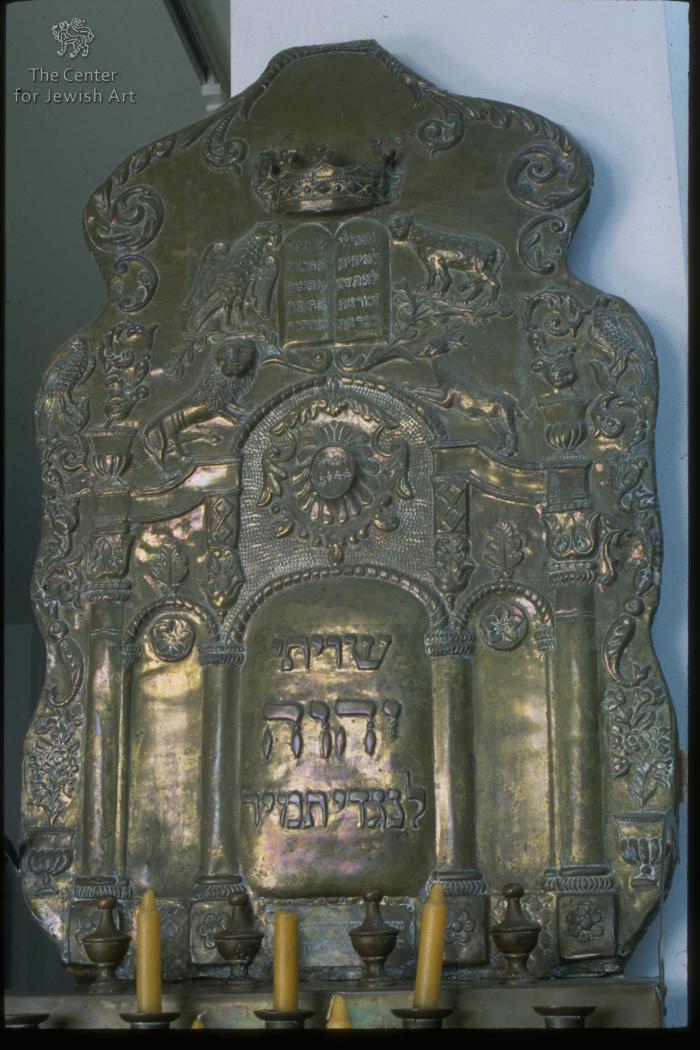 The rectangular Reader's Desk consists of a base, a sockets steps an a back wall. A free stand is added. The brass back wall is decorated in the lower part by an arcade composed by two storey. At the lower storey the central and widest arch bears an inscription in square and filled letters that reads:

The small and side arches bears a five petals flower into a circle at the top. The external columns support the second storey entablature and the internal the first storey arches. The columns are standing on rectangular pedestal bearing a six petals flower in the center and intercalated by panels decorated by romboids net pattern. The central panel bears an added dedicatory inscription written in the square, filled letters:

The arhes are surmounted by a second storey of a broken balustrade. The central bay bears an oval medallion framed by petals and surrounded by stylized leaves and rocailles. The bay is topped by an arch. The medallion bears an inscription written in square letters and reads: "5613 (=1853)" The upper part of the backwall is decorated at the center by a composition formed by a central Tables^of^Covenants surmounted by a Crown and flanked by the Four^animals turning to the centre and frontal faced. The lion on the left and the gazelle on the right are standing on the arcade and the eagle on the left and the leopard on the right upper them on leave's branches that emerges from the bottom of the Tables^of^Covenants. The lion, gazelle and leopard are human faced. The composition is flanked by two rows of scroll that emerges from two vases standing on the external columns. The scrolls framed the back-wall and upper scrolls emerges from the mouth of two fishes linked at the top by the tails. The back-wall is framed by two irregular bands decorated by two vases at the bottom that flowers, leaves, and scrolls emerge from it. An eagle faced outwards stand on the top. Three rows of five and four sockets are set in intercalated order in three steps. At the fourth and upper step are set four vase like elements. The steps are closed by a parapet composed by semicircular bands. The steps sides bears six petals rosette 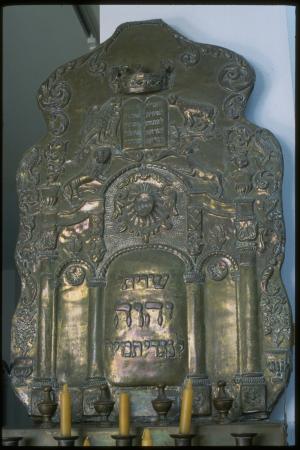 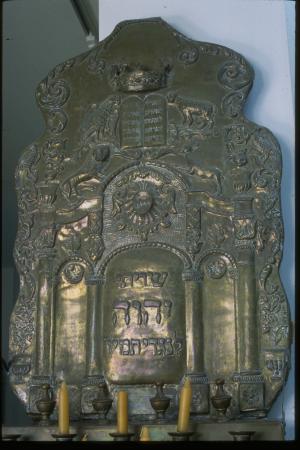 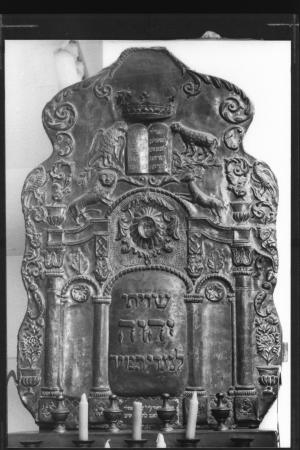 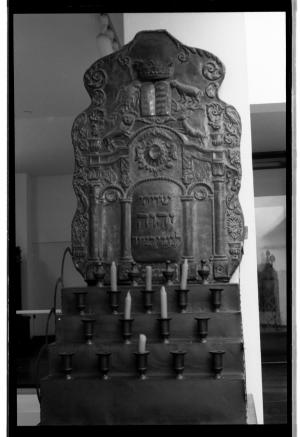 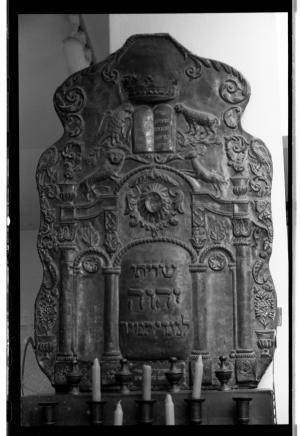 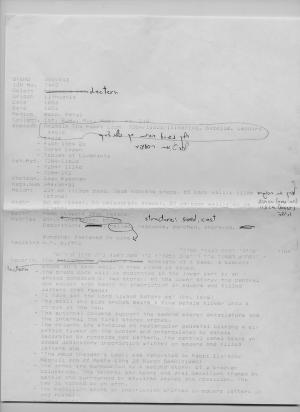 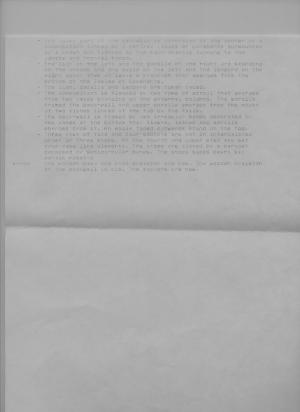 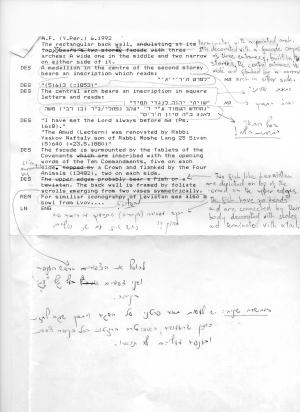 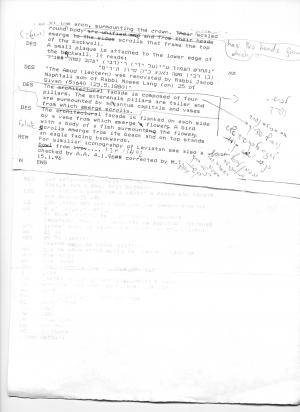 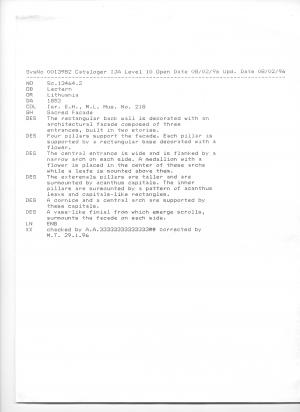