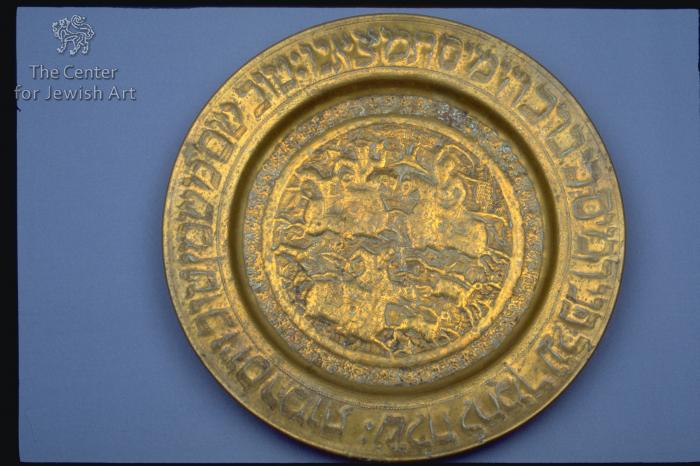 The brass plate is round, with a raised rim. The central decoration depicts hunting scens. the upper one depicts lion hunting and the lower one depicts deers hunting. On the lower central part depicts a horseman rideing a horse after two deers which are on the bottom from the right (one maunted the other). The hors viewed in profile while the horseman viewed frontal. The horsman is holding long spear with two hands and throwing it through the lower deer. The horsman dressed with decorated robe and having a turban to his head. The upper part depicts two horses in profile facing each other. the two horsman depicts in the same way like the lowers but they are having difrent huts. The horsman from the right is holding a sword in his right hand and jack on his head. The horsman from the left holding in his left hand a knife and with his right hand he is ward off an attack of a lion. A dog is under the riders hors. The horses are decorated with small flowers and in the background there are shrubbery and trees on the graund. Araund the scen there is a circumfural band with smooth design above it another one decorated with flowers. The rim is decorated with inscription: 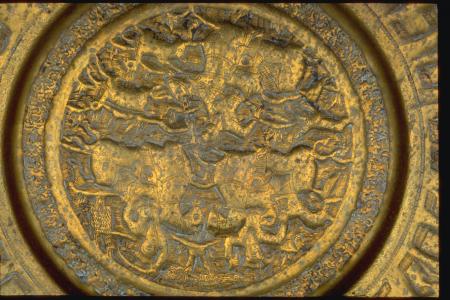 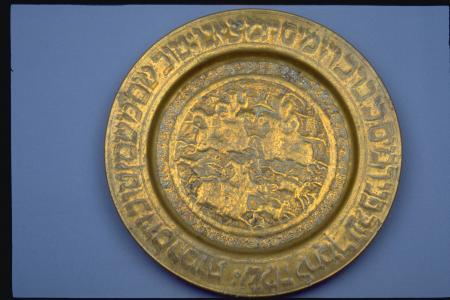 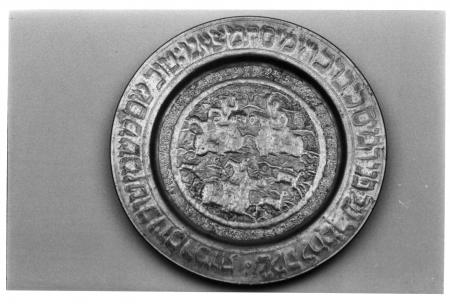 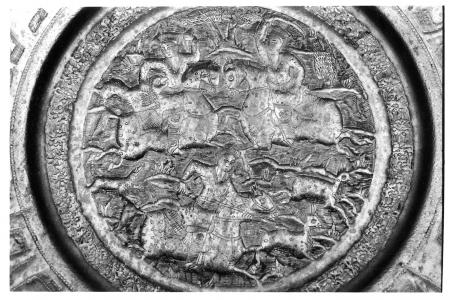 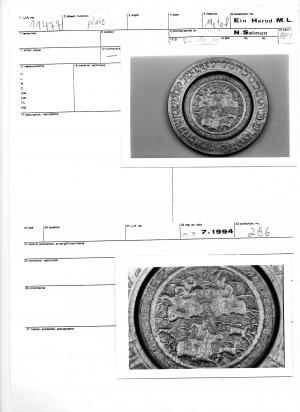 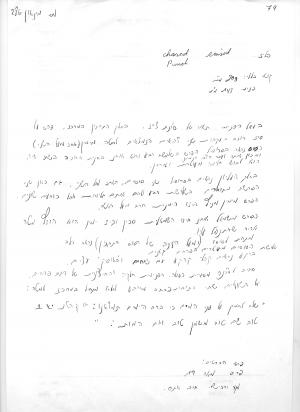 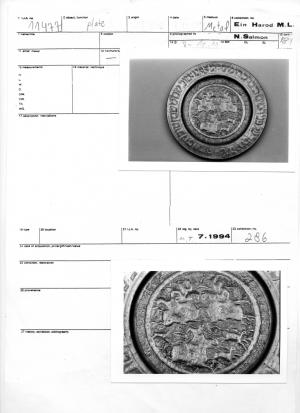 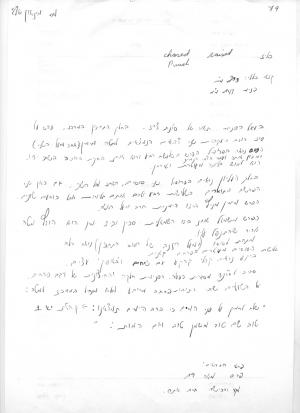