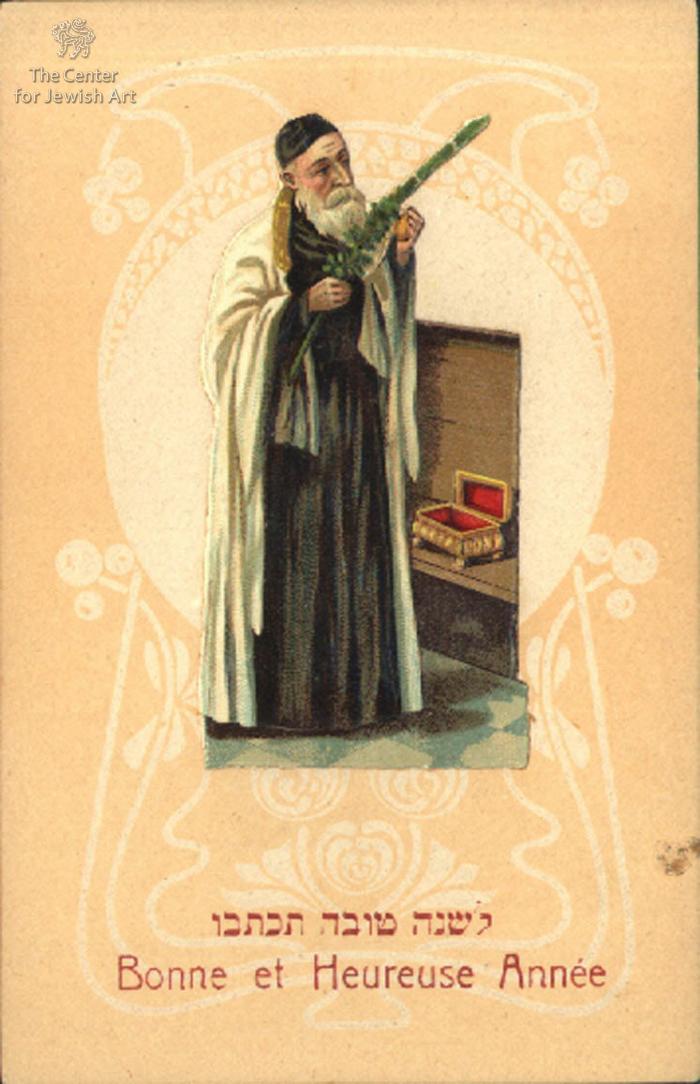 The postcard is loosely based on the painting by Leopold Pilichowski "Sukkot" or "Examining the Lulav" (1894/95). 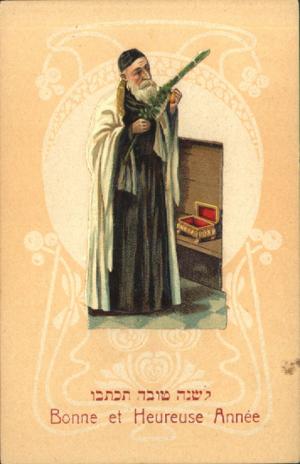