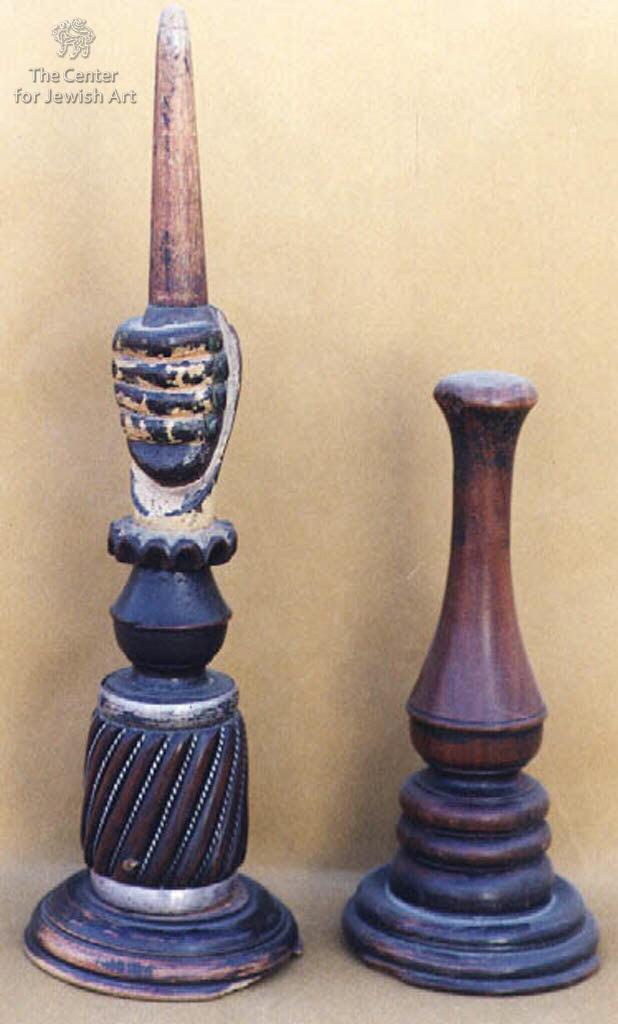 From the middle of the 19th century, European stylistic influences were increasingly felt in North Africa. This pair of Atzei Chaim reflects the influence of a type that was used in Central and Eastern Europe. The carved hand grasping the upper part may well represent the "hagba'a" ceremony, in which the Torah scroll is raised by a man holding the lower handles of the Atzei Chaim and raising the scroll in the air. If rimmonim were placed on the tapered rod protruding from the hand, one could imagine that the hands were holding the finials. 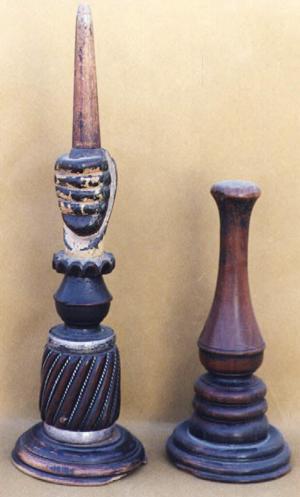 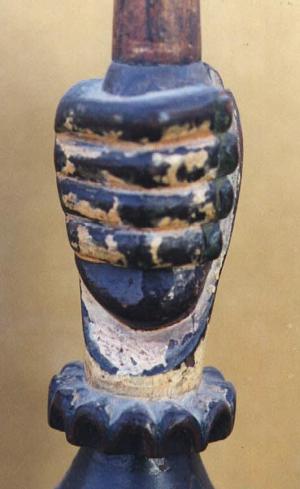