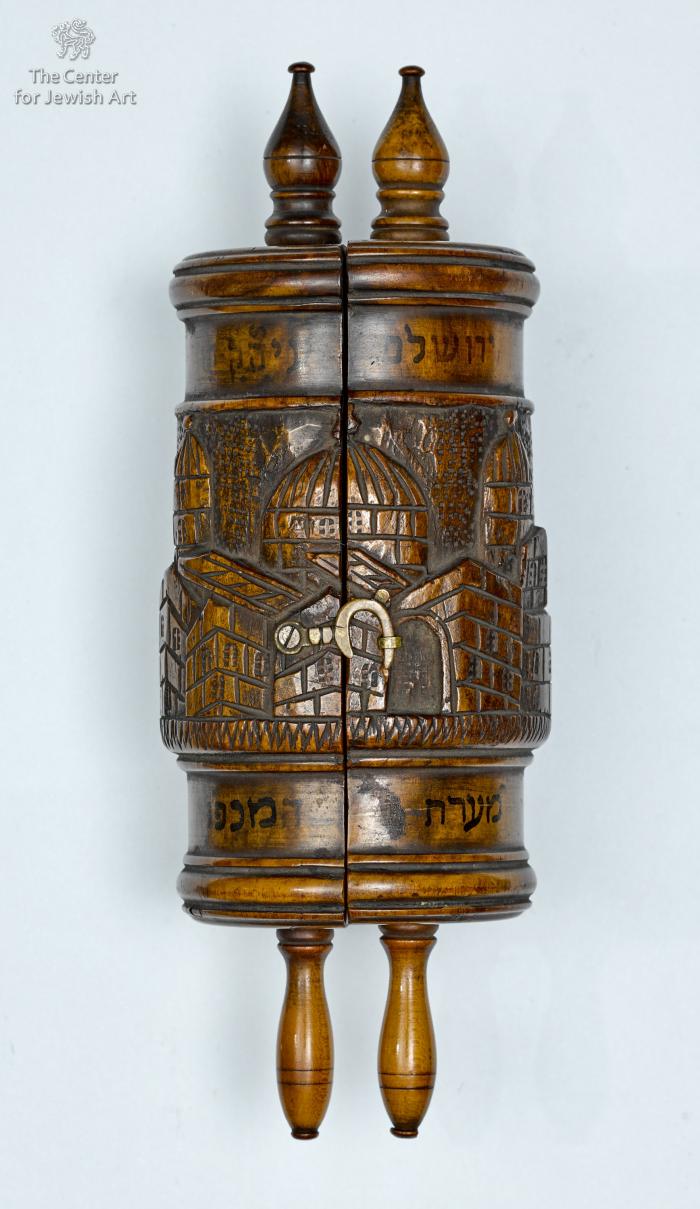 This deeply carved olive wood Esther scroll case is counted among the olive wood souvenirs that were produced in Jerusalem from at least the middle of the 19th century into the 20th. They were made for sale to pilgrims and tourists who began coming to the Holy Land in large numbers starting at the beginning of this period. This case is unusual in that it is shaped like a Torah tik, opening in the middle with two handles on the two parts on the bottom and finials on the top. The carving is of the tomb of the patriarchs, indicated by a ink lettered inscription below the carving.

TOP: OLIVE WOOD/ JERUSALEM The Holy City, May it be rebuilt in our time

BOTTOM: THE TOMB OF the Patriarchs. 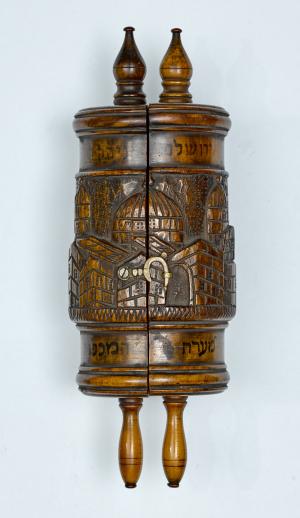 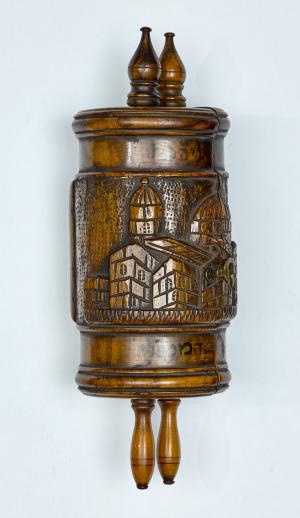 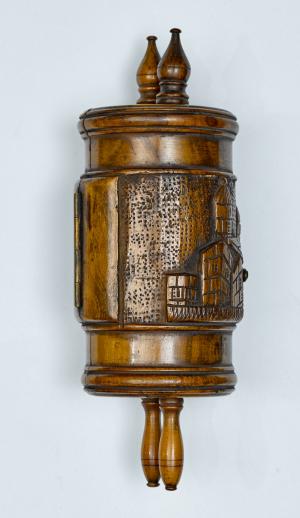 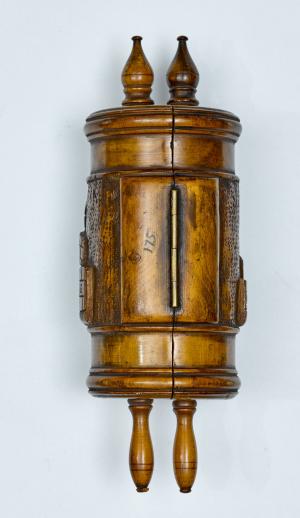 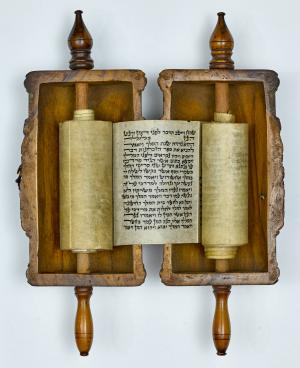