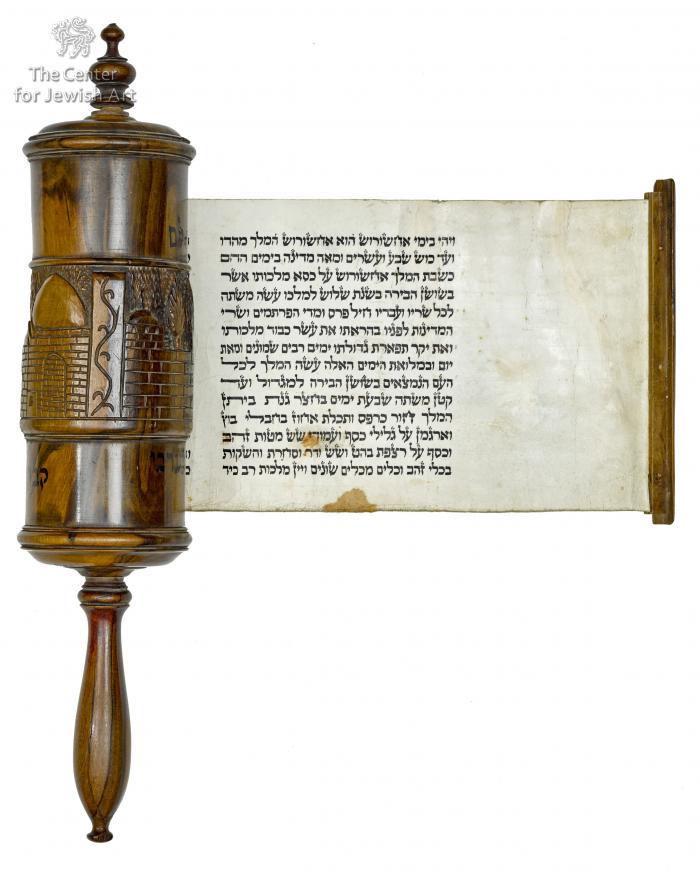 This deeply carved olive wood Esther scroll case is typical of the olive wood souvenirs that were produced in Jerusalem from at least the middle of the 19th century into the 20th.  They were made for sale to pilgrims and tourists who began coming to the Holy Land in large numbers starting at the beginning of this period. This case was purchased from a new immigrant from Russia who arrived in the 1970s. One of his ancestors had purchased it in Jerusalem. It had been in Russia until it returned home with the oleh.

A similar story is true of the second wooden scroll case in the Gross family collection, 080.008.002. Both are decorated in ink with illustrations of the western wall and the tomb of Rachel.

BOTTOM: THE WESTERN WALL/THE TOMB OF OUR MOTHER RACHEL 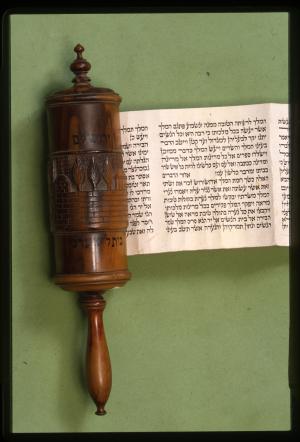 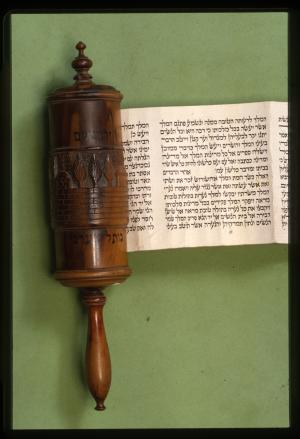 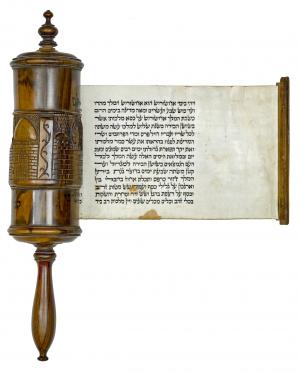