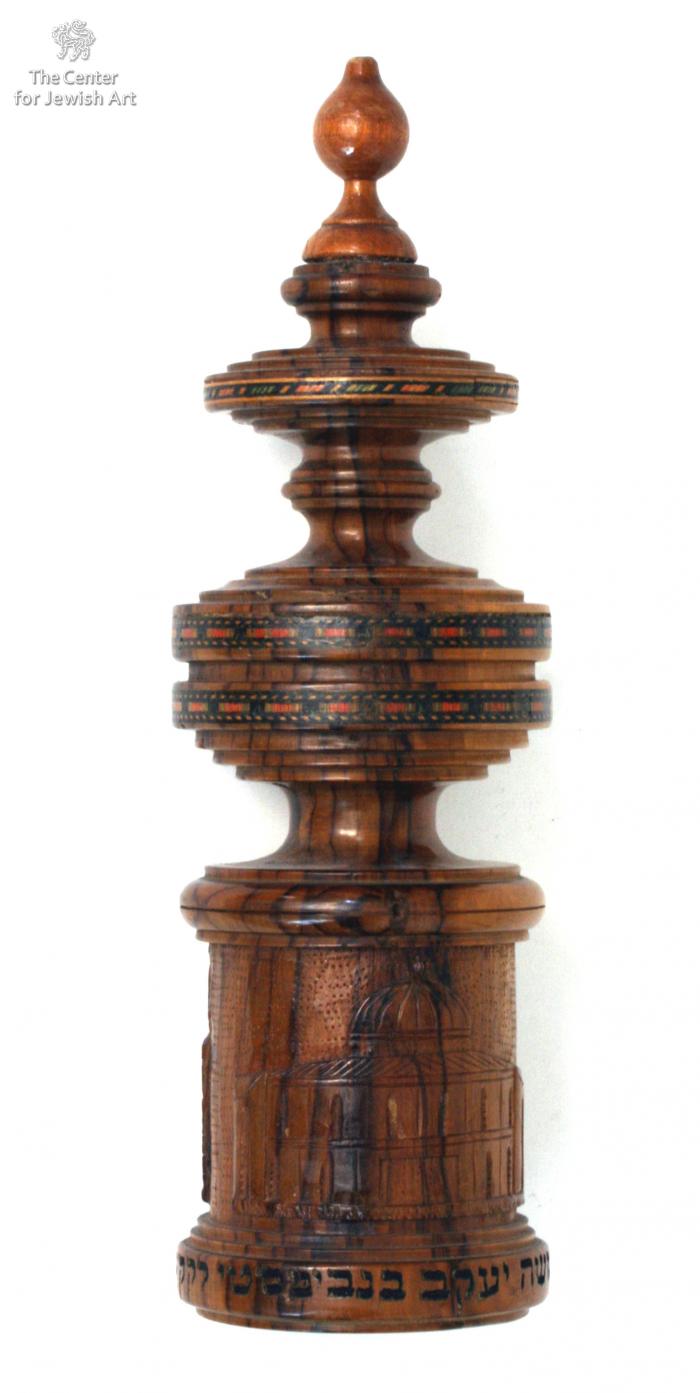 This nicely worked Torah stave, one half of a pair of atzei chaim, was crafted in Jerusalem and donated to a synagogue in the city of Craiova in Southern Rumania. Sephardi Jews were living there from the first half of the 17th century. At its height the Jewish community numbered close to 3,000 people at the close of the 19th century. 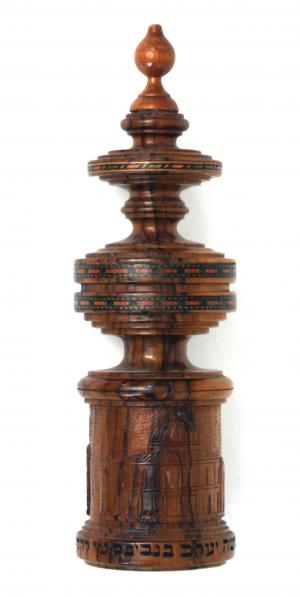