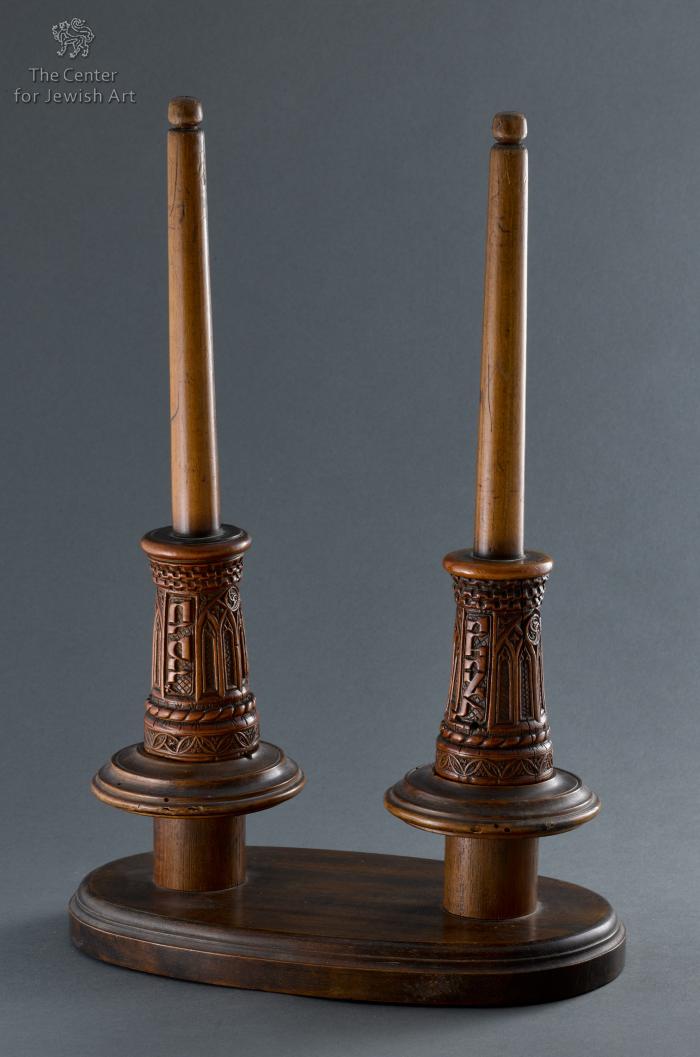 The Torah scroll is rolled on two wooden staves called atzei chaim, the "tree of life." These particular Torah staves, or "atzei chaim," are among the oldest surviving Jewish ritual objects. For a Jewish wooden object to survive from more than five hundred years ago is little short of miraculous. Carved from boxwood, these atzei chaim are decorated in the late French Gothic style. Both the material and the design are consistent with the family's contemporary origins in the town of Trevoux from which there were two expulsions of the Jews in the first half of the fifteenth century.

In Italy, the family chose the name "Trabot" that is recorded in the carved inscription on these atzei chaim. The family contributed many scholars and rabbis to the history of Italian Jewry in the 16th and 17th centuries. Natanel Trabot, who is specifically recorded here, was a known rabbi, scribe and merchant in Piedmont during the 15th century. The first Hebrew book printed with approbations printed in Naples in 1475 lists Natanel with other approving rabbis. There are five manuscripts existing in which Natanel is listed as either the scribe or the "minaked." Documents of commercial transactions in which he is recorded have been discovered by Professor Ottolenghi in Italy.

It is likely that in the case of the atzei chaim, Natanel Trabot wrote a Torah scroll that he dedicated to his synagogue. since the Sefer Torah is not signed, his donation was recorded on the atzei chaim, a custom which is followed to this day for the donators of Torah scrolls. 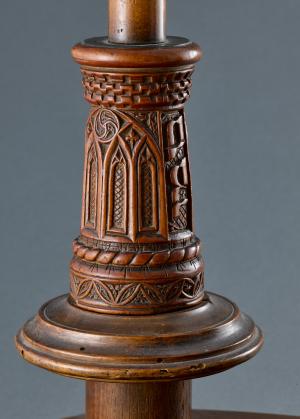 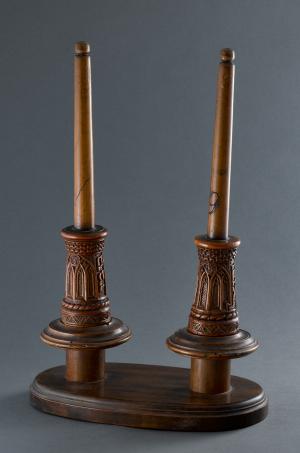 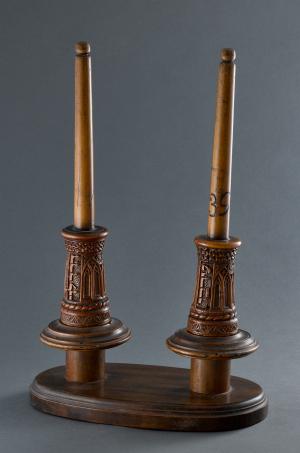 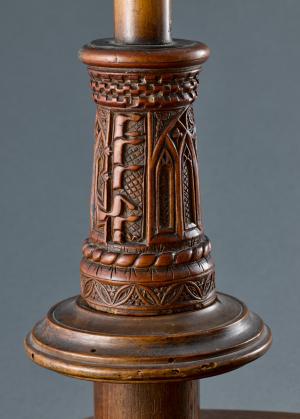 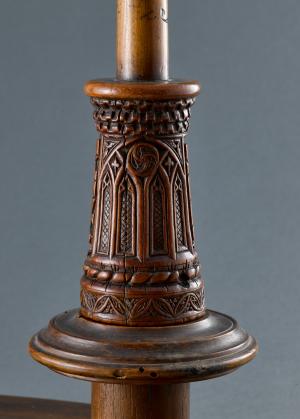 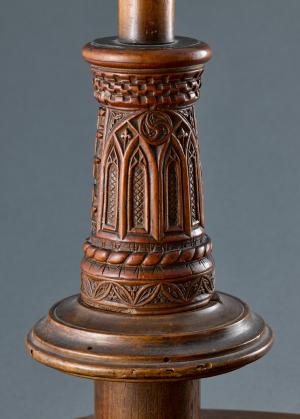 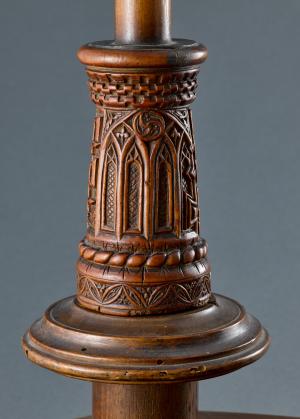 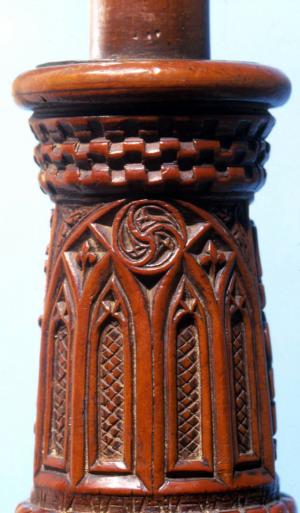 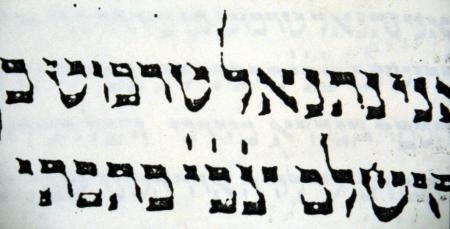