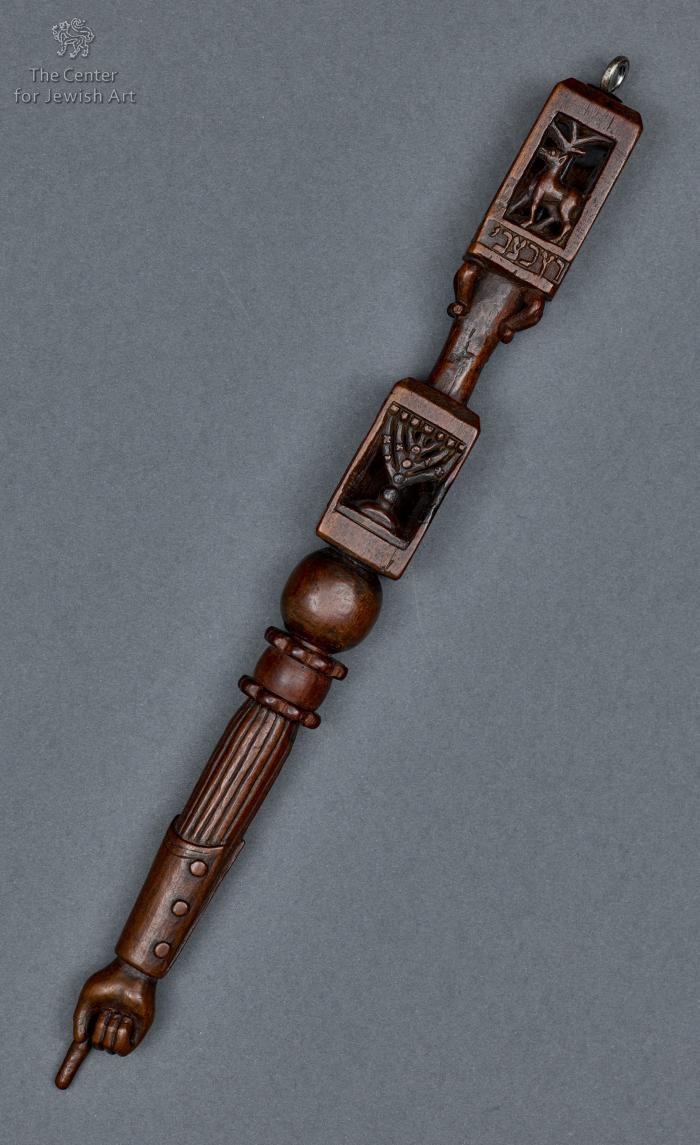 Torah pointers, "yad" in Hebrew, of one sort or another were present in all Jewish communities in order for the public reader of the Torah to follow the text without touching it with his finger. Such elaborate carving on a Torah pointer is not usual, and the variety of subjects and animals used on the pointer make the Galician origin quite likely. The imagery contains, the Tablets of the law, the menorah, an eagle, a deer, a lion, the scene of the sacrifice of Yitzhak, a bird on a medallion with the date inscribed, the temple menorah,  a squirrel, the depiction of which is almost unique to Galicia, and a crowned tablets of the law with the initial letters of each of the ten commandments.  The pointing hand is encased in and topped by a cuff, a distinctive feature of Galician Torah pointers, most commonly of silver. Wood was a material used in the building of many synagogues in Galicia.  There are other wooden Torah pointers known from the location, but the lavish and intricate carving employed puts this yad in a select category of the finest objects from this area.

Swift as an eagle, fast as a gazelle, brave as a lion to do the will of the lord (partial quotation from Mishnah Avot 5:20)

The first letters of the ten commandments are on the tablets of the law. 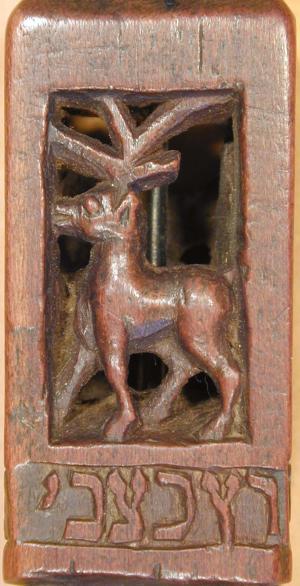 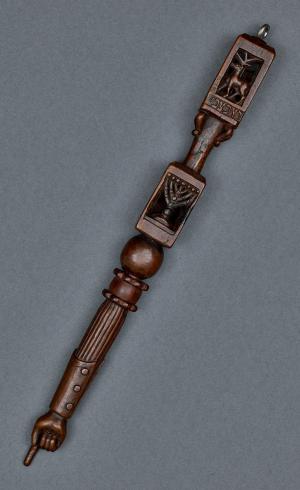 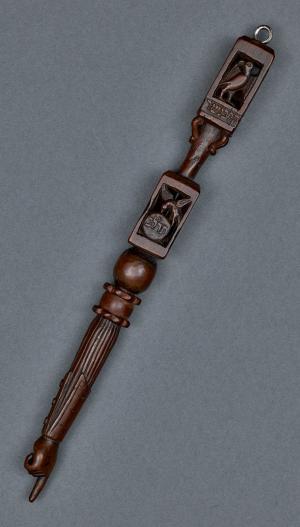 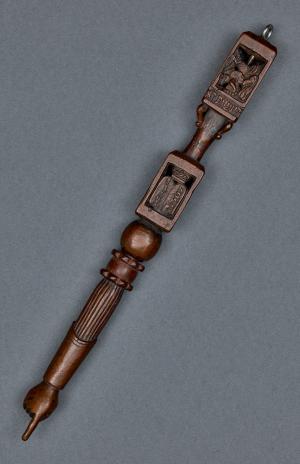 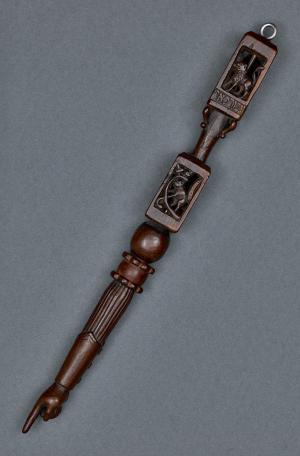 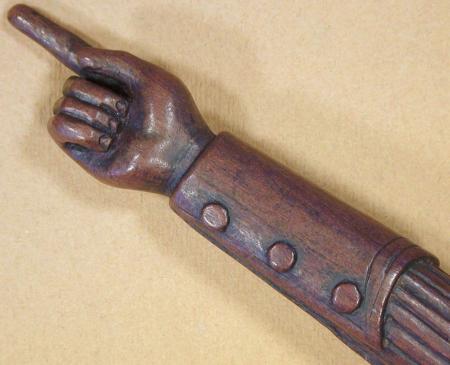 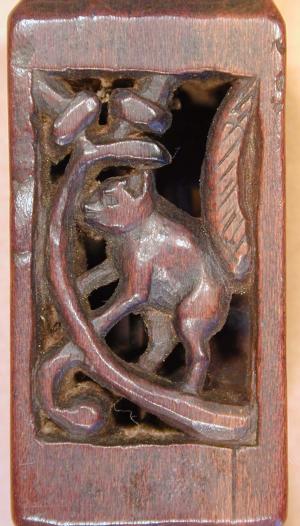 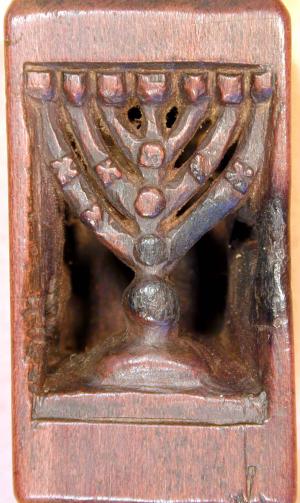 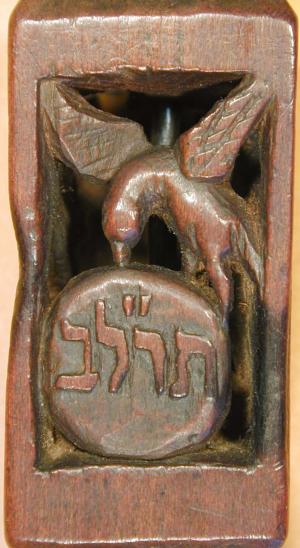 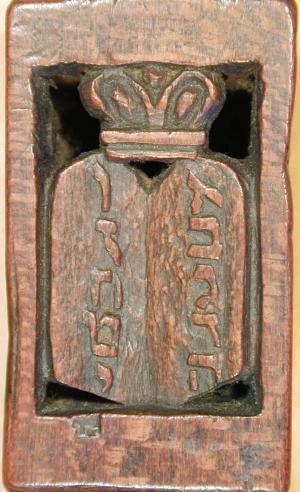 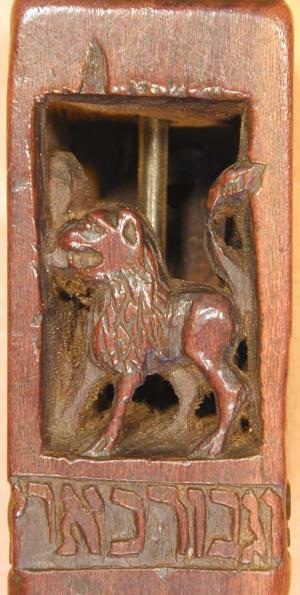 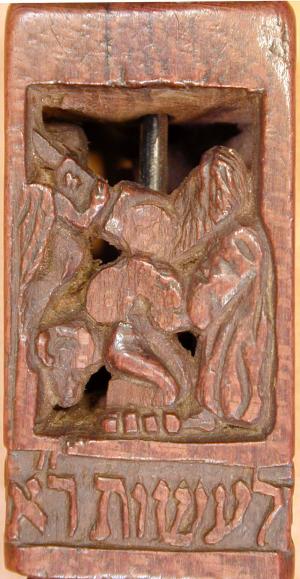