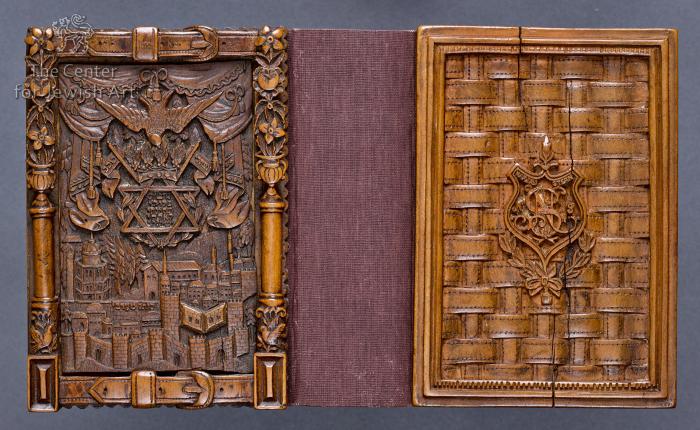 This quite exquisite carved book cover is dated 1879 and is signed by the artist Naftali Stern. He was a Jew of Cracow who in his adult years was a wine merchant. Carving was his hobby. His descendants moved to Israel with some of his work. The book cover is dated 1879. Stern was nine years old when he carved this piece, as he died at the age of 59 in 1929. A carved Torah pointer by him is in the Israel Museum. This wooden binding contains a prayer book which, according to the family, was his daily prayer book. The imagery of Jerusalem is very consistent with that being used in the last half of the 19th century on a wide variety of objects, both religious and secular. This sort of delicately carved book binding may well be a unique object. 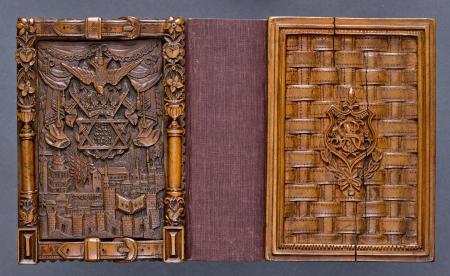 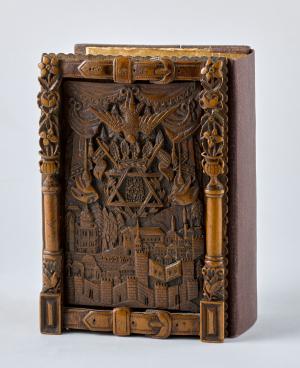 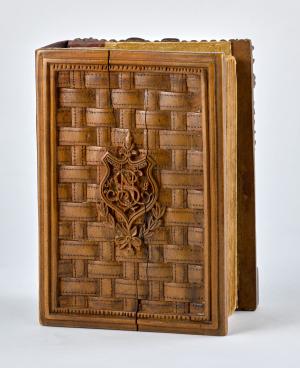 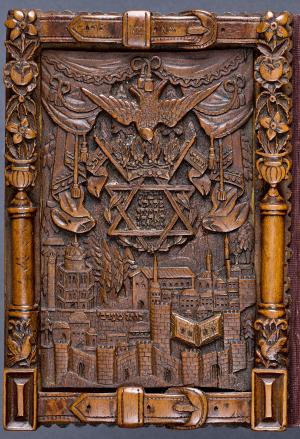 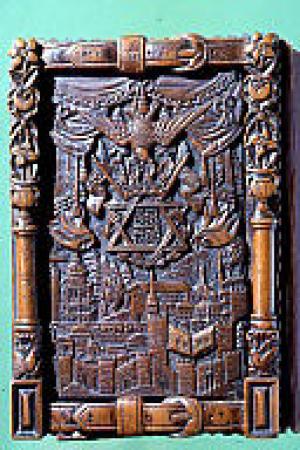 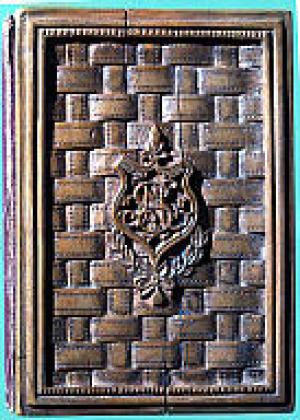 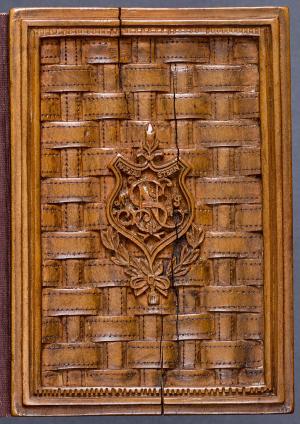