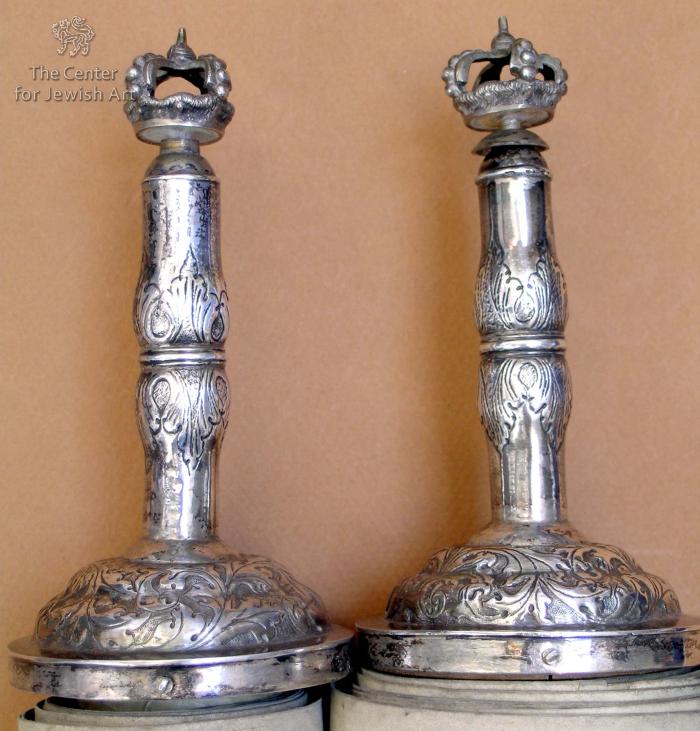 The form of these silver finials is an old Frankfurt style from the period just before and after 1700. In some cases in earlier periods these finials were attached by pins or nails to the wooden Atzei Chaim. At least two such pairs were in the old Worms synagogue. The silversmith was from a Frankfurt family of silversmiths who worked for the Jewish community for three generations. The crown tops are later replacements. The original crown tops are in the Strauss-Rothschild collection in the Cluny museum in Paris. The later donor Avraham Lowenstein whose name is recorded on the inscription and his brother Marcus were dealers in antiques and art in the Frankfurt area from 1849. It is not surprising that they would be in possession of such an early pair of Rimmonim. During his life he was elevated to the nobility. Neither the time nor the circumstances of the separation of the body of the Rommonim from their crowns is known. Inscription: (On the silver band on the lower part). A donation of the heart from Avraham Dov the son of the honorable Uri Shraga Lowenstein and his wife Mrs. Yulche, on the day their son Moshe became 13 years old, on the day, the holy Sabbath, the first day of Pesach, (5)630  [=1870], according to the minor reckoning. 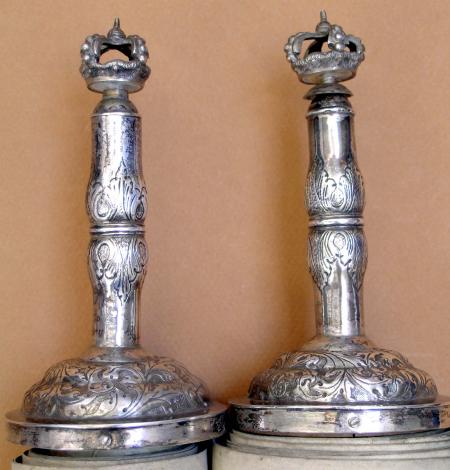 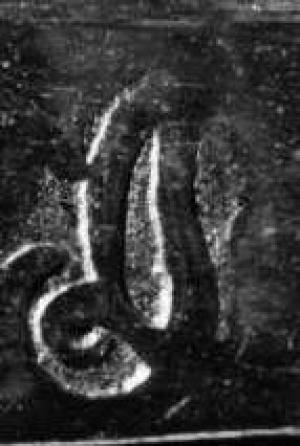 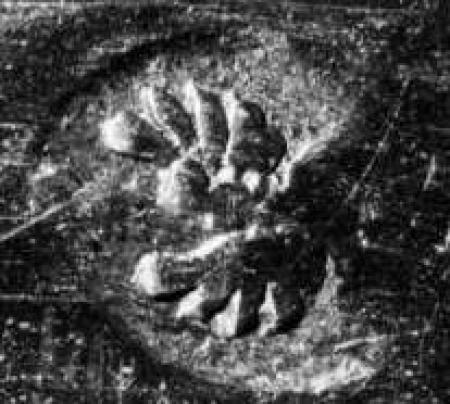