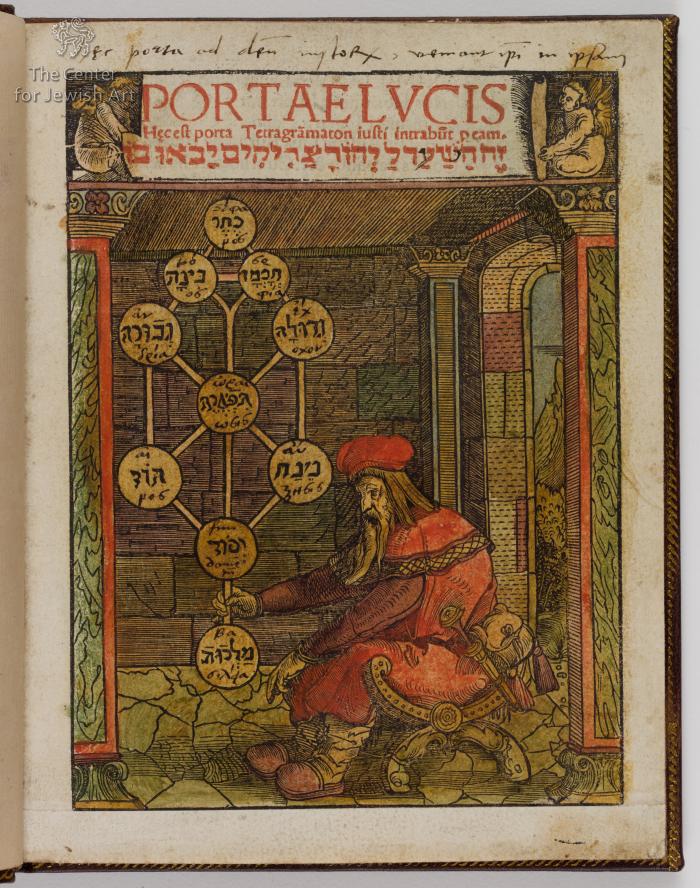 The title page of this book contains what is probably the first printed image of the Sefirot. The first printed image of the Sefirot in a Hebrew book appeared 76 years later in a 1592 edition of Pardes Rimmonim printed in Cracow (B.572).
The book is an abbreviated Latin translation of Sha’arei Orah (“Gates of Light”), Abraham Joseph Gikatilla’s most influential kabbalistic work. Written around 1290, its ten chapters describe in detail the ten divine emanations, starting from the last and ascending to the first. This Latin version was prepared by the German convert Paolo Riccio in 1516, and became one of the important works to influence the Christian kabbalists.
Riccio left Judaism in the first half of the sixteenth century. He became proFezsor of philosophy in the University of Pavia, and later served as physician to Emperor Maximilian I. Particularly inclined to the fields of astrology and Kabbalah, Riccio had a controversy with Johann Eck about the existence of life on the stellar bodies. Erasmus thought very highly of Riccio, who defended him and his followers against the attacks of Stephen the Presbyter. Like most converts from Judaism, Riccio attempted to convince the Jews of the truth of the Gospels. He, moreover, advised the Christian nations to unite against the Turks, who were at that time the terror of Europe.
A prolific writer, Riccio relates that he was ordered by Emperor Maximilian to prepare a Latin translation of the Talmud. From this project, all that have come down are the translations of the tractates Berakot, Sanhedrin, and Makkot (Augsburg, 1519), which are the earliest Latin renderings of the Mishnah known to bibliographers. Other works by Riccio include: De Celesti Agricultura, Opuscula Varia, and about ten others, all in Latin, on various religious, philosophical, and Kabbalistic subjects.
KABBALAH) Gikatilla, Joseph. Portae Lucis (“Gates of Light.”)Paulus Ricius’ Latin translation of substantial portions of Sha’areiOrah.FIRST EDITION IN AN Y LANGUAGE. Latin interspersed withvocalized Hebrew. Exquisite title woodcut by Hans Burgkmayr. Titlein red and black. Latin kabbalistic chart on f. 44v. Tailpiece of man inar mor.ff. (55). Final 11 leaves expertly reproduced in facsimile on old paper. Later vellum, stained. Sm. 4to. Scholem, Bibliographia Kabbalistica (1933), p. 128, no. 942; EJ, Vol. X, col. 635 (facsimile of title). Augsburg, Johannes Miller, 1516. $4000-6000❧THE BOOK THAT OPENED THE PORTAL OF K ABBALAH TO CHRISTIANHEBRAISTS. Sha’arei Orah, a work roughly contemporaneous with the publication of the Zohar, was composed by the Spanish Kabbalist Joseph Gikatilla toward the end of the 13th century.It has served countless generations of aspiring students as asystematic primer of Kabbalah. By translating the work into Latin, Paulus Ricius, a converted Jew, made available to Christians for the first time, what amounts to an introductory course in the concepts and keywords of the Kabbalah. Ironically, the Hebrew original of this classic work would not be published for another 45 years (Mantua, 1561). See EJ, Vol. X, col. 646. 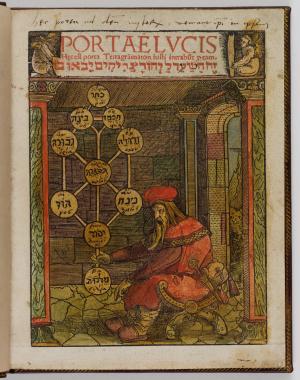 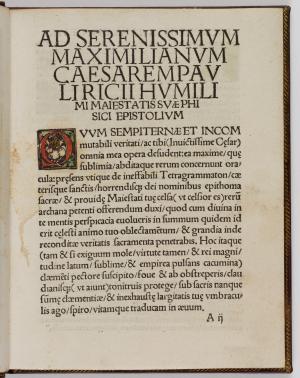 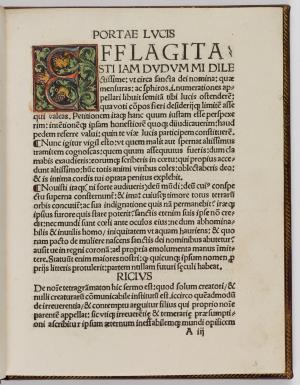 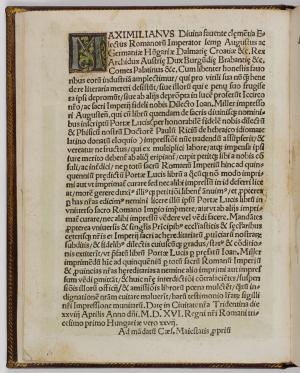 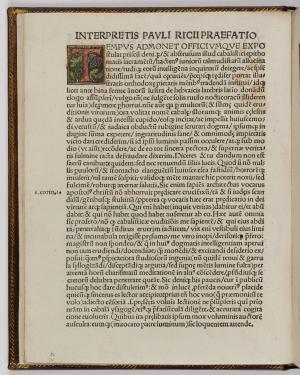 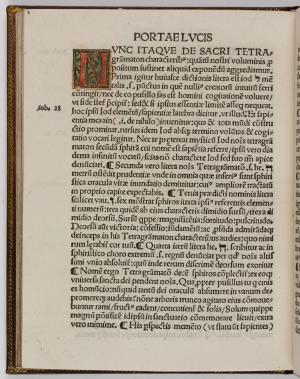 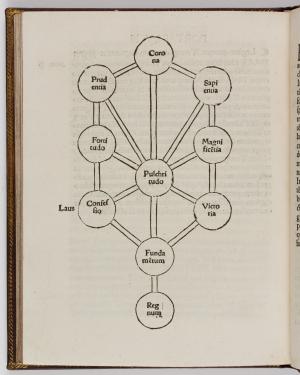 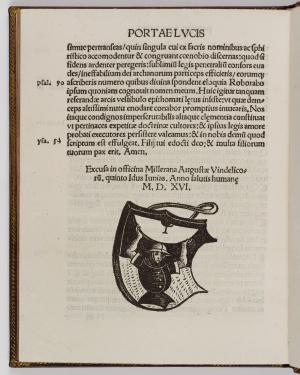 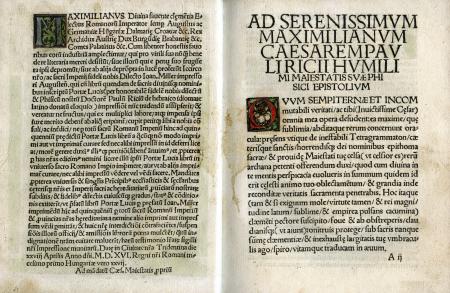 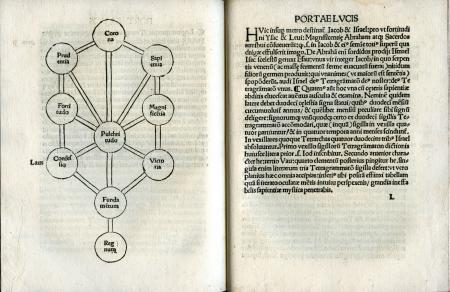