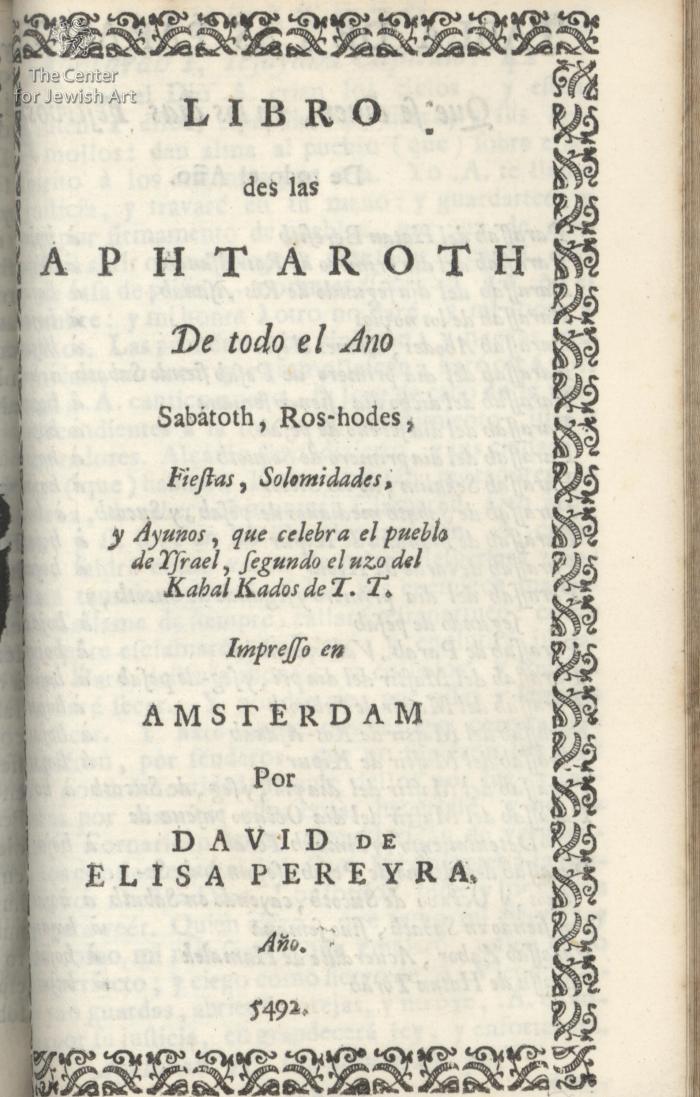 This bookof Haftarot, published in 1732, is bound with Orden de las Oraciones and Cinco Libros published in 1733 by the same printing house of David Pereyra, NHB.106, and with a Calendario, published in 1748. At some point they were brought together and bound in this gold tooled sharkskin binding. 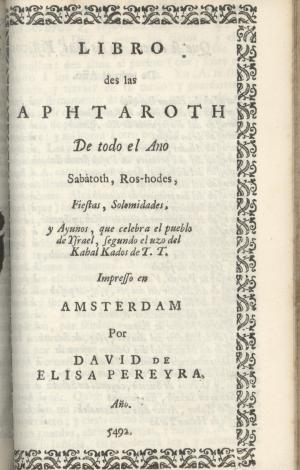 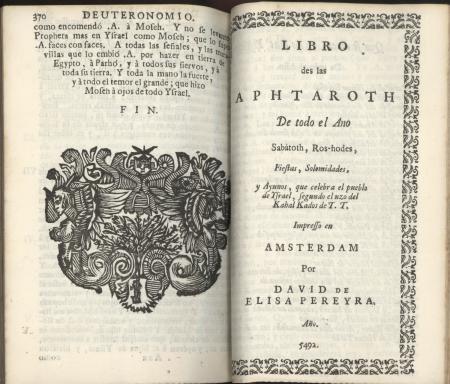 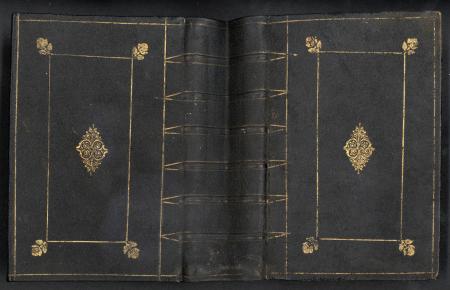 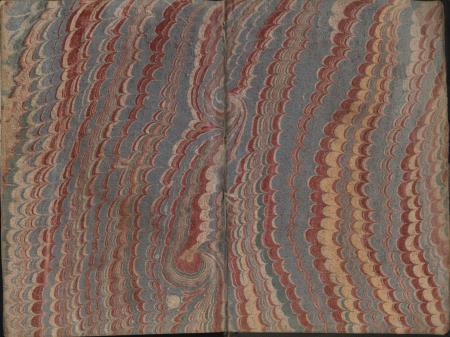