This volume is bound with Cinco Libro de la Ley, published in the same year, as well as with Aphtarot, published in 1748, and a Calendario, published in 1732. At some point they were brought together and bound in this gold tooled sharkskin binding. 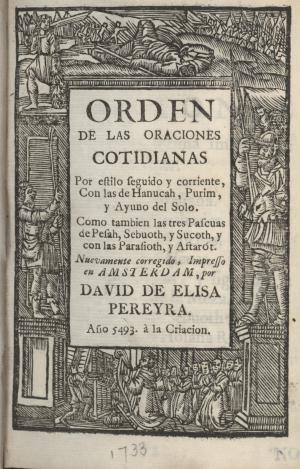 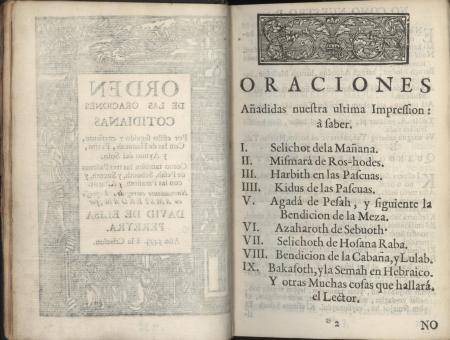 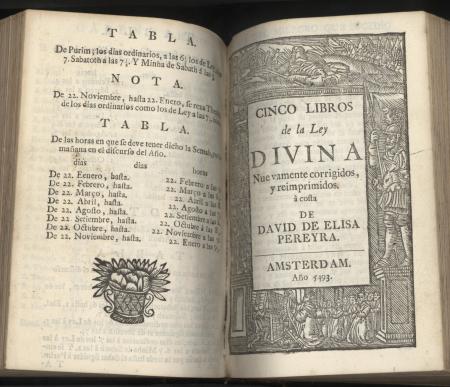