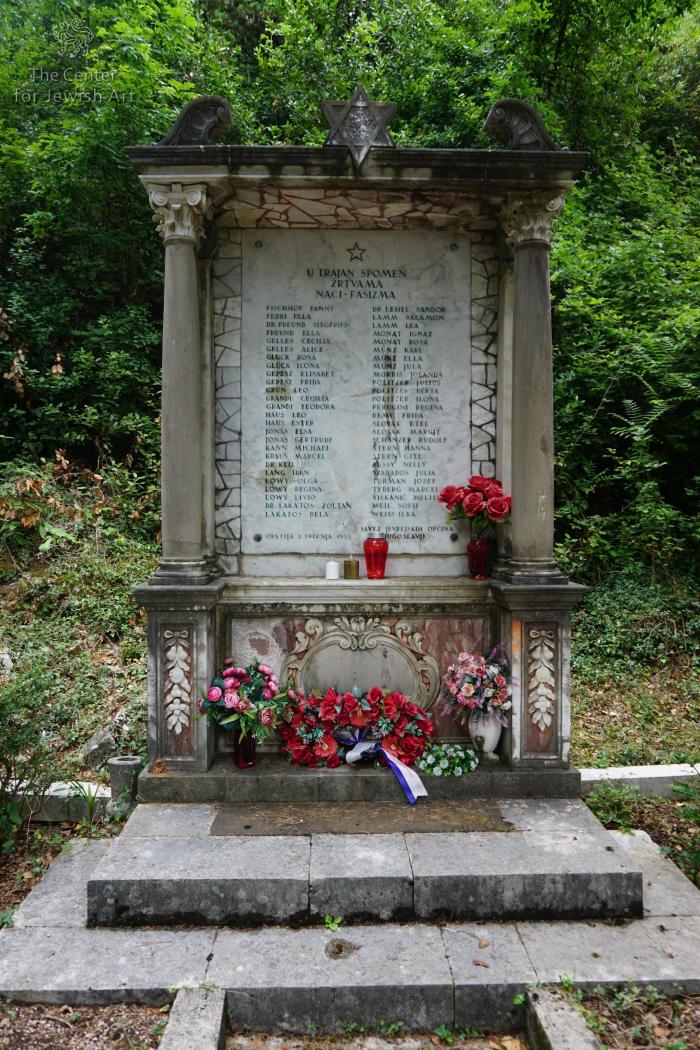 Jewish victims of Holocaust from Opatija

The aedicula type monument consists of an ornate base that bears two Corinthian columns on the ends, which support a strait cornice. The base, which is set over two horizontal courses of rectangular stone blocks that create two steps, is decorated with a central inscribed cartouche and rectangular side panels decorated in marble relief of carved strings of fruit and flowers, including pears and sunflowers.

The back wall and central part between the columns are made of concrete block faced on the front and under the lintel with broken pieces of marble slabs. In the center is a large rectangular white marble plaque with a five-pointed star and a memorial inscription and two columns of names of victims. The concrete cornice is topped by a carved stone Magen David and two stone volutes, which probably come from the original Torah ark.

The monument was constructed from the former Torah Ark of the Prayer Hall in Opatija, using the lower tier of the ark with a cartouche and festoons and the Corinthian capitals of its columns. This 18th-century ark from the Scuola Spagnola in Trieste was donated to the Opatija community by the community of Trieste in 1934. (For the photograph of the ark in the Opatija Prayer Hall see ID 40393).

On the white marble plaque, in Croatian:

Translation: In lasting memory of victims of Nazi-Fascism

Federation of Jewish Communities of Yugoslavia

In the cartouche in the lower part of the monument, the original Hebrew inscription from the Torah ark:

Federation of Jewish Communities of Yugoslavia 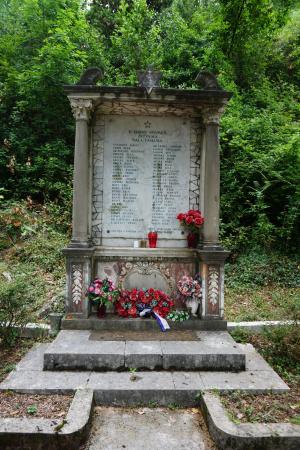 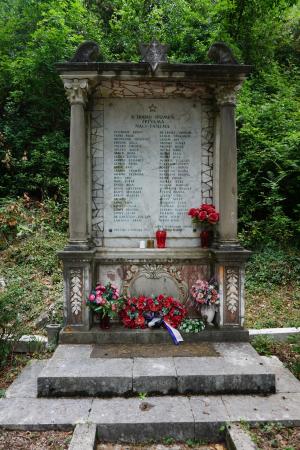 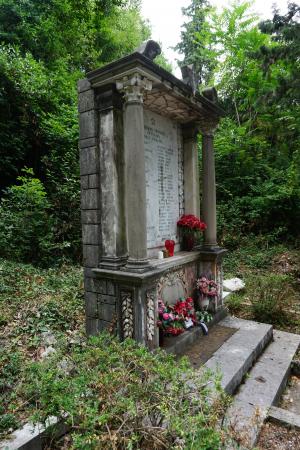 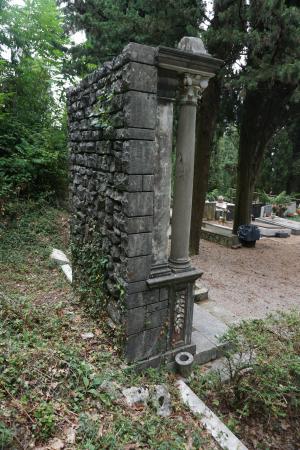 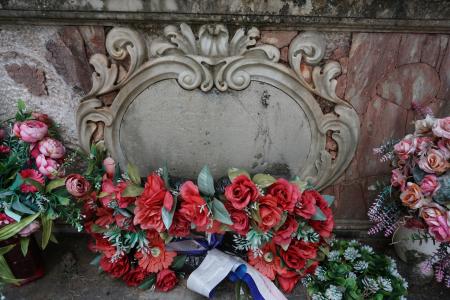 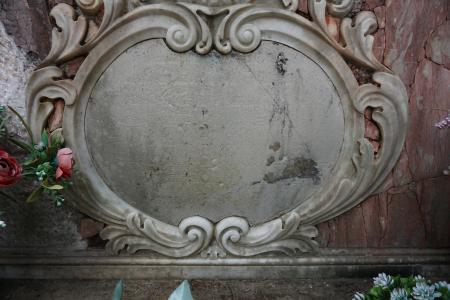 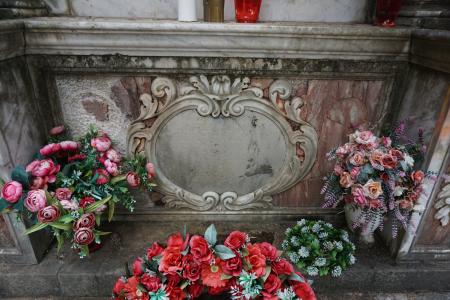 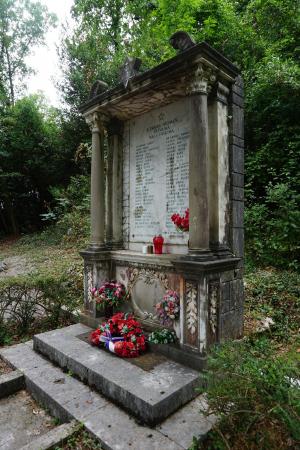 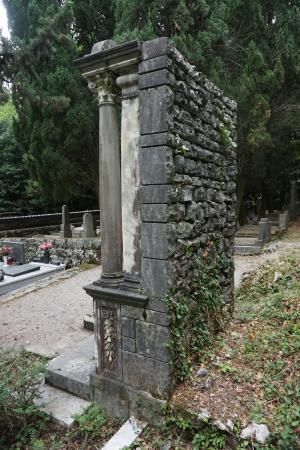 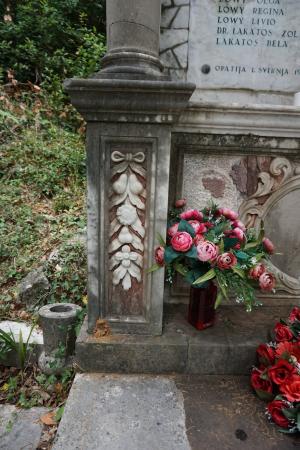 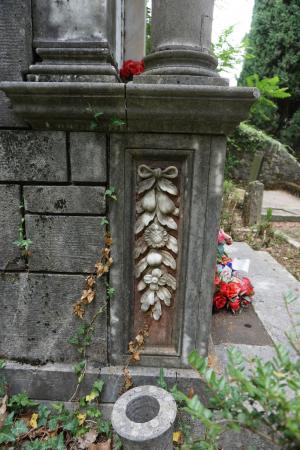 The Holocaust memorial was constructed in 1955 on the place of burial of Torah scrolls from the destroyed synagogue. It was an initiative of Bernard Nathan (1881-1968), the pre-WWII President of the Jewish Community, who returned to Opatija after the war. For the monument, he used the remains of the Torah Ark from the Prayer Hall in Opatija, which was donated by the community of Trieste in 1934.