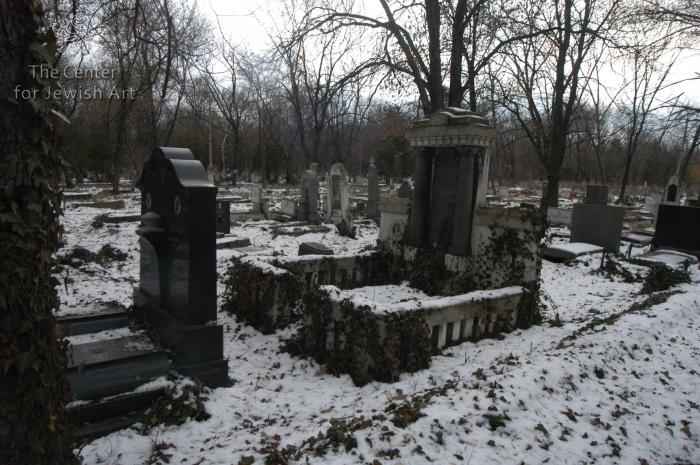 Sofia is home to approximately 2,500 Jews, which is roughly half of the entire Jewish population of Bulgaria. The Jewish cemetery is a part of the Central Sofia Cemetery, which is maintained by the Municipal Cemetery Parks Company. The cemetery is 50,000 square meters in size and it contains about 7,000 gravestones, most of which are toppled or broken. The stones are made of granite, marble, and limestone, and engraved in Bulgarian, Hebrew, and Ladino. Most date from the 20th century. The cemetery is divided into numbered groups and lots. It contains a pre-funeral hall, several ohels, a pre-burial house, and a memorial grave for Jews killed by fascists during the Holocaust. The cemetery is surrounded by a stone wall with a gate that is locked at night and is also guarded around the clock. The site is maintained by the Central Israelitic Spiritual Council, but the Jewish community lacks sufficient funds to hire enough caretakers for regular maintenance of such a large site. Therefore, vegetation overgrowth and water drainage are year-round problems.

“Jewish Historic Monuments and Sites in Bulgaria.” The United States Commission for the Preservation of America’s Heritage Abroad, 2011, Part 2, p. 61.

Cemetery chapel in the Jewish cemetery in Sofia, Bulgaria
Summary and Remarks 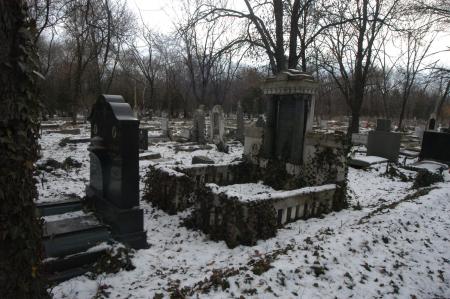 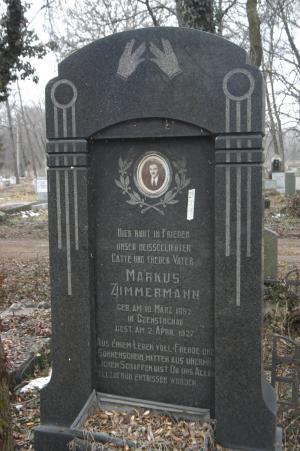 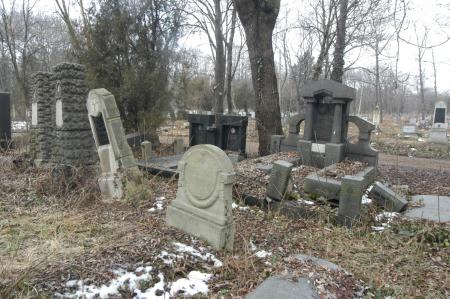 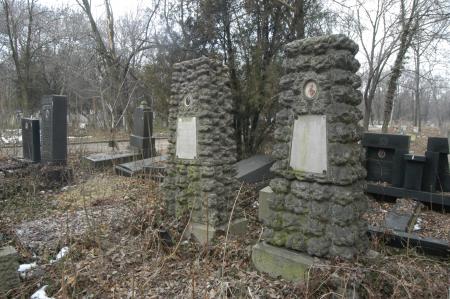 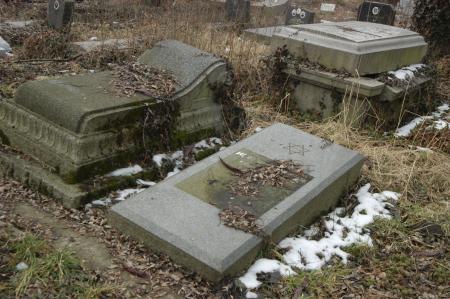