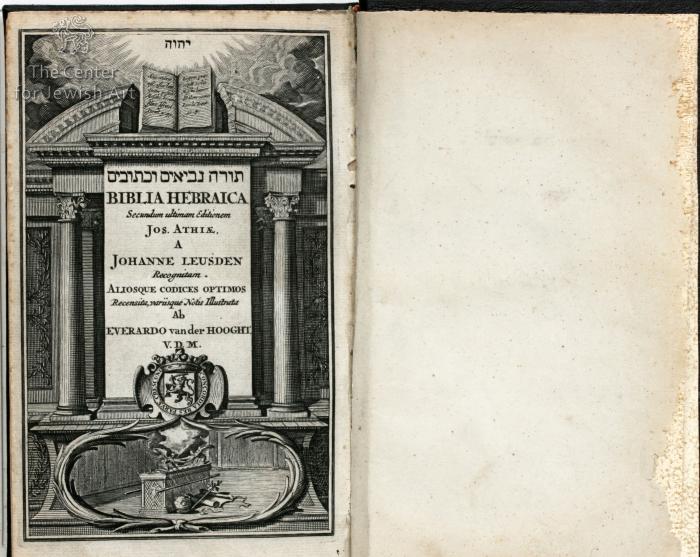 This is the second edition of the Leusden edited Tanach to be published in Amsterdam, the first having been published in 1667 by Joseph Athias, Gross Family Collection B.030. The frontispiece is a variation of the earlier one, being simply a reworking of the previous illustrated page using the same elements. This volume is the Five Books of Moses only. In addition to the illustrated title page at the beginning of the volume for the entire Tanach, there is another illustrated page before the Torah. This page, as the previous title page, is copied from that in the earlier 1667 edition.
Second edition with additions, of the Bible published by Rabbi Joseph Attias originally in the year 1660, together with Calvinist theologian Johan Lesden, Amsterdam [Utrecht] 1705. Latin endorsements from academic scholars in the Netherlands (Leiden, Franeker, Utrecht, Groningen, Harderwijk, Deventer). Long Latin introduction by Everardo van Hoocht. Two cover pages in Latin, one with a handsome woodcarved engraving of the Tablets and the Ark, the second in red ink. This is an especially important edition, it’s the Ur-type for all modern editions of the Tanach printed after it. First volume has Torah and the first prophets.
[26]; 333 p. 22 cm Commentator: Everardo van der Hooght; Compiler: Johannes Leusden 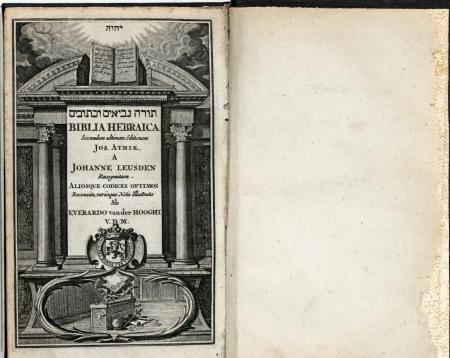 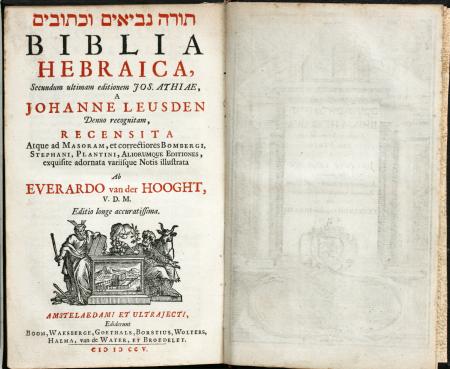 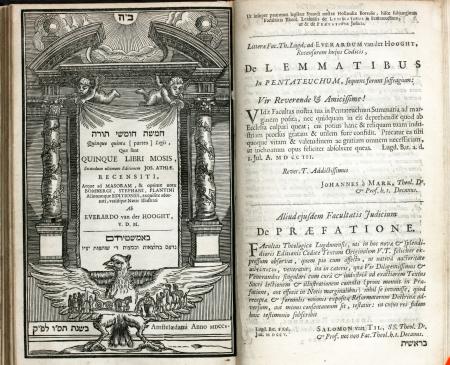 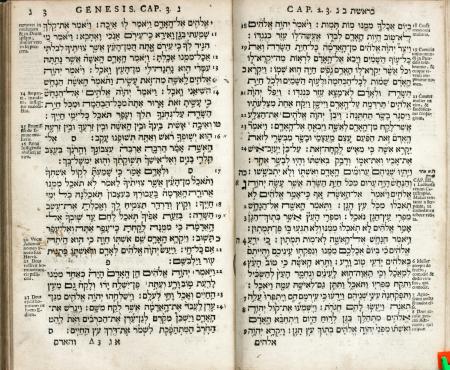