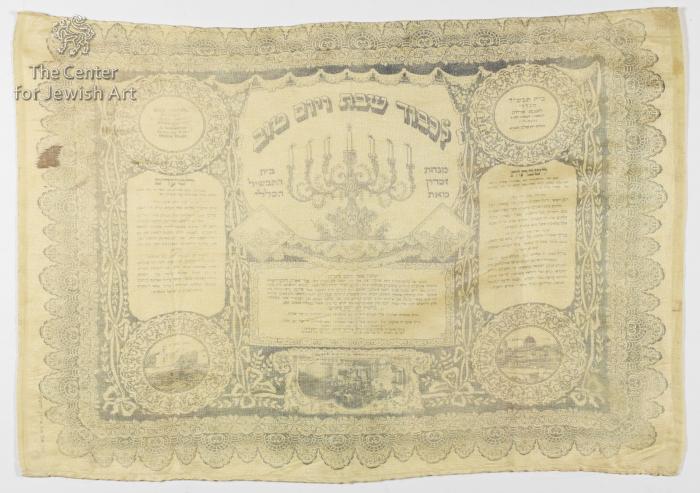 This cloth was intended for covering the Challah on Shabbat and Holidays. This example was printed by the famous Jerusalem printer, Monsohn, who was the first color printer in Jerusalem, originally working in the stone lithograph technique that he learned in Germany. While faded, the production by the Monsohn printing shop makes it a rarity. 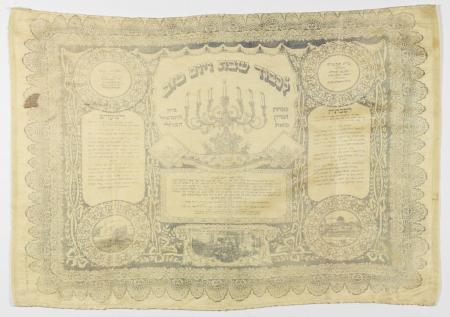