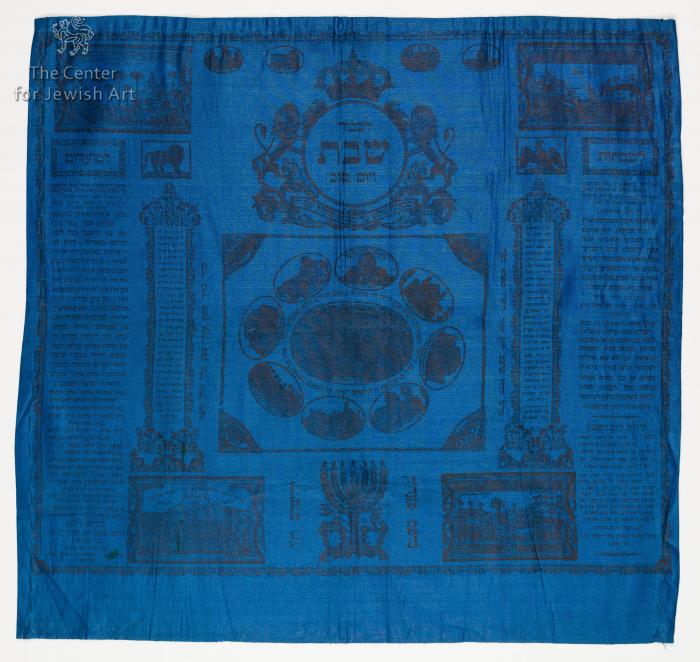 This Shabbat and Holiday cloth example is one of fine images printed on a strikingly colored blue cotton textile. This example was not an institutional commission, but apparently a commercial venture of the publisher. This cloth was printed in the workshop of one of the foremost printers in Jerusalem, Avraham Moshe Luncz, who printed in Jerusalem for more than 30 years. There are some 30 objects in the Gross Family Collection that were printed by him. 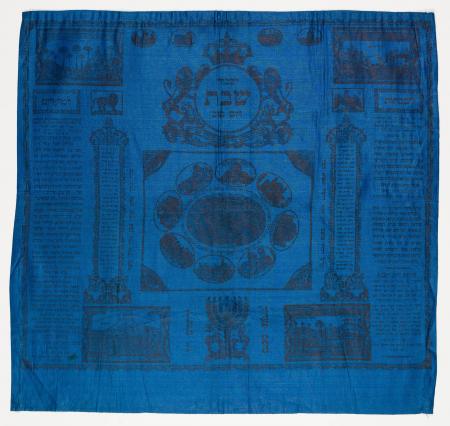