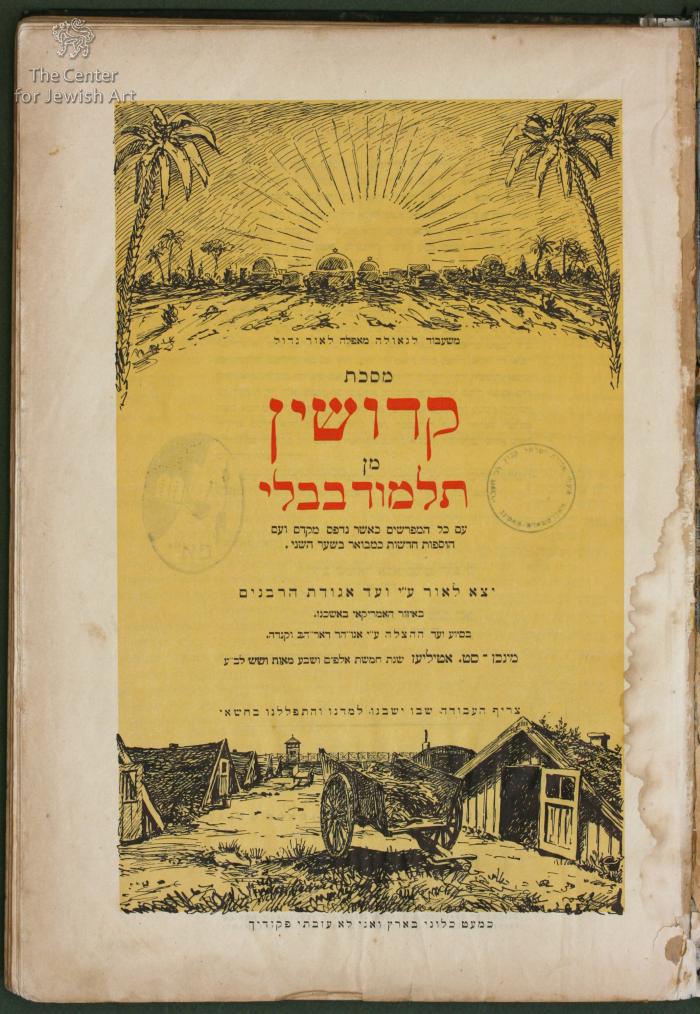 After the end of Holocaust, there was a great need for the remnants of the Jewish people in Europe for Holy Books, particularly those in the DP Camps in Germany itself. A series of prayer books, Bibles and other holy writings that were produced. That was crowned by a printed edition of the Talmud Bavli, of which this is one of the volumes. These book appeared with two different illustrated and colored title pages, of which this is the more poignant, with definite reminders of the tragedy that had decimated the Jews of Europe, but also filled with hope.
Tractate Kidushin, of the Babylonian Talmud. Published by the Va'ad Agudat HaRabbanim in the American zone of Germany (Ashkenaz), with the assistance of Va'ad HaHatzala. Munich St. Ottilien, 1946.
Illustrated title page with illustrations of the extermination camps "The labor barrack where we dwelled, covertly studied and prayed". In his introduction, the publisher writes about the "taking the books from 'The People of the Book'" by evil men who destroyed European Jewry and attempted to annihilate all Hebrew books. "All Jewish books were taken for processing paper or for some other despicable purpose…and therefore after liberation, the longing and thirst for books was great. Yeshivot were established but there were no books from which to study… This is what motivated us to print a few tractates for individual and communal study… We have only Tractates Kiddushin and Nedarim in one almost new volume so we have decided to copy, print and distribute them among the She’erit Hapleita in the German exile…”.
In 1949, after some time elapsed, the complete set of Talmud was printed in Munich in one single edition of 19 volumes featuring a different illustration on the title pages than the illustration of this first edition.

Published by the Central Committee of Liberated Jews in Germany. 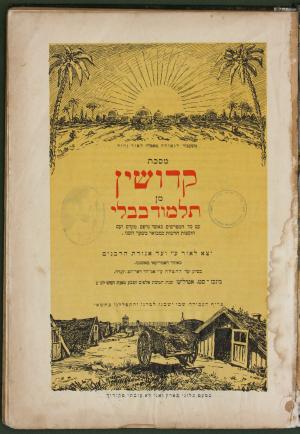 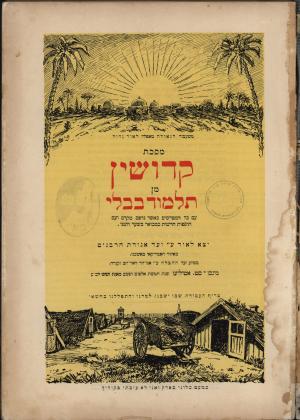 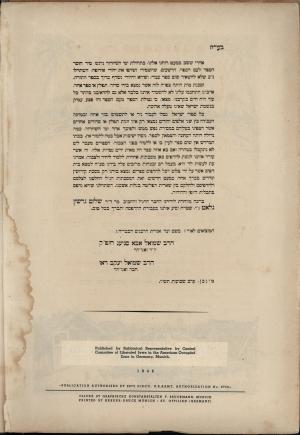 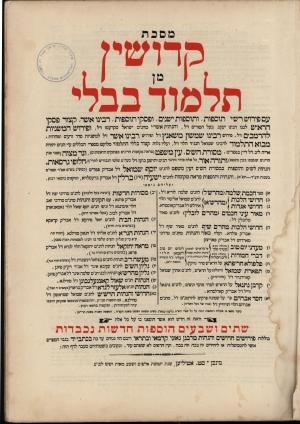 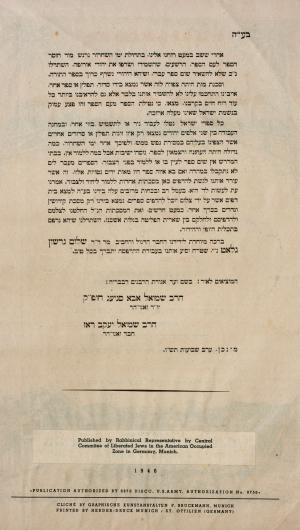 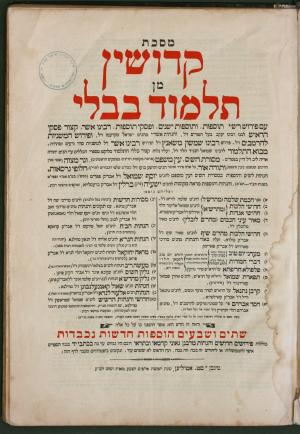