This elaborately constructed and finished tower form spice container is a member of a limited family of about eight such towers recorded in museums and private collections. Its hexagonal shape and fine pierced work add to its distinctive appearance. None of these towers carry silver marks, but several are dated in the cutout work to the time of the 1730's. The type has design elements of both German and Galician/polish models and therefore is ascribed to the area of Silesia, which was a territory subject to the influence of the cultures both to the east and to the west. They are considered a quite prestigious form for collecters and in the few instances they have been offerred have brought high prices. 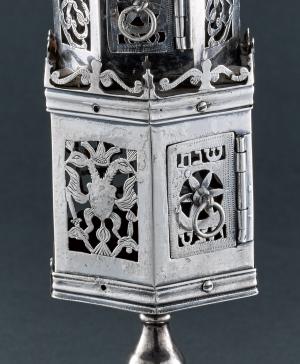 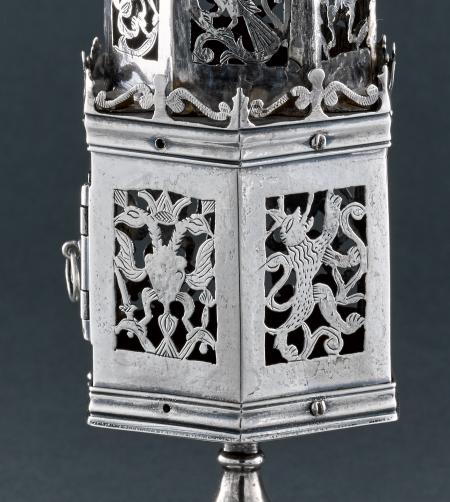 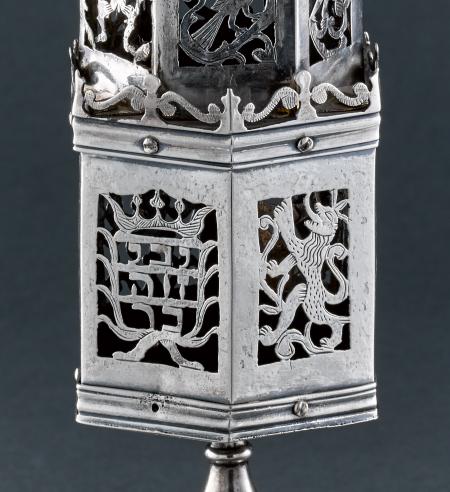 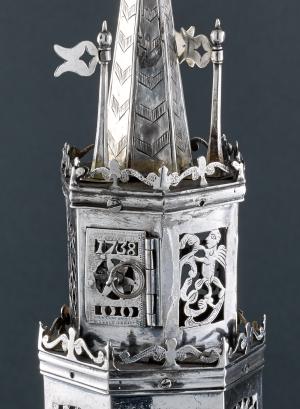 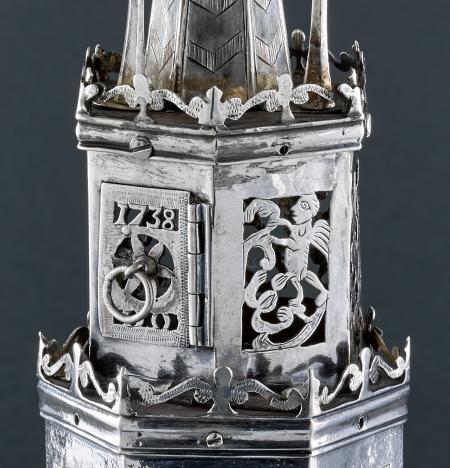 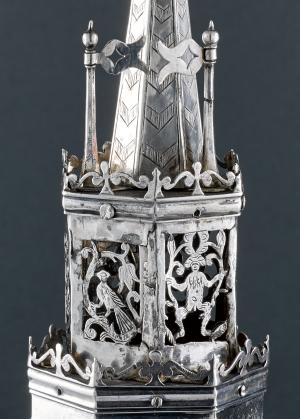 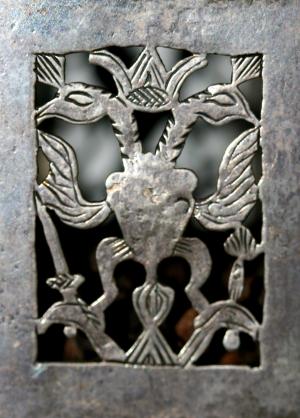 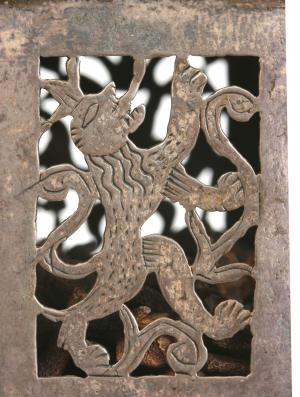 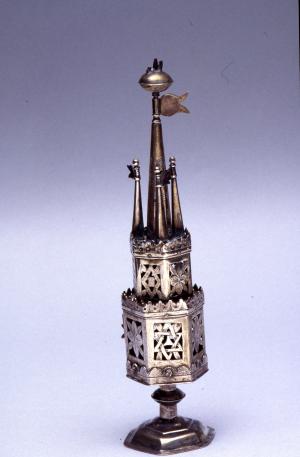