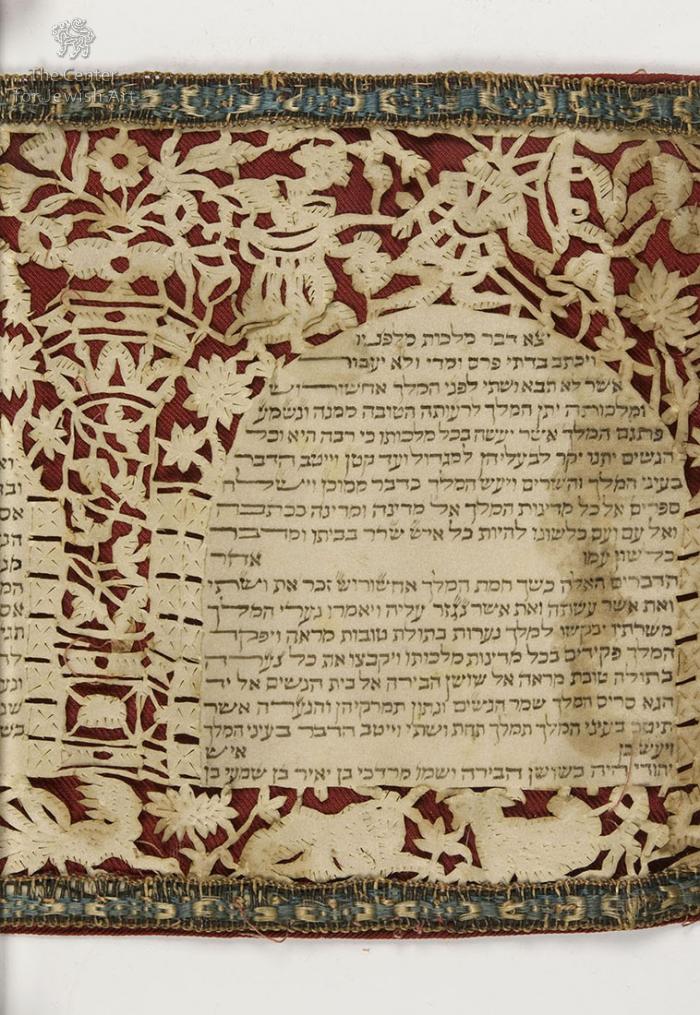 This is one of three known examples of illustrated Esther scrolls with the cut-out decoration in parchment. The Hebrew text of the Book o Esther is inscribed within the arches and the panels are separated by entwined columns. Both margins of all membranes are precisely filled with designs. They are adorned with biblical episodes from the Book of Esther and Genesis (three angels visiting Abraham, the sacrifice of Isaac, and Jacob's dream – this appears twice in the scroll), and midrashic tales. The decorations include unidentified figurative scenes such as a hunting scene, a man riding a donkey, and two men holding a wheel or a wreath, a king (Ahasuerus?) sitting on the throne, a woman and a man (?) playing the mandolins, a house and a man standing next to it (Haman's house?), and a city (?). Additionally, the margins are crowded with numerous animals (lions, birds with long tails - phoenixes?, turtles, squirrels, chameleons (?), snail, frogs (?), dragonflies), fantastic creatures (griffins with a snake and dragons), and cityscapes. Between the illustrations, flowers are placed, and in two places, musical instruments appear too.

The scroll is mounted on a silk backing that is framed with a ribbon and on a wooden roller. 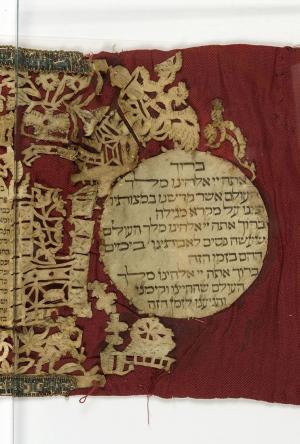 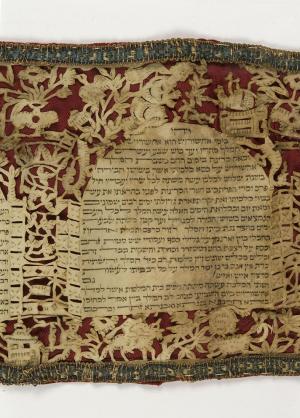 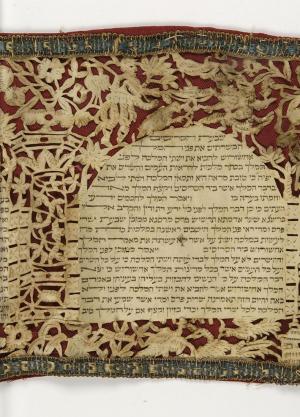 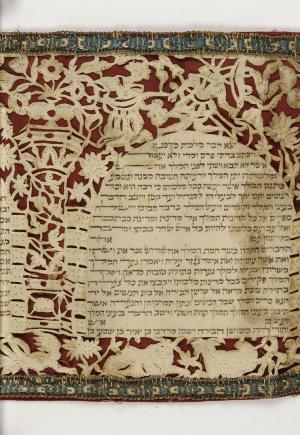 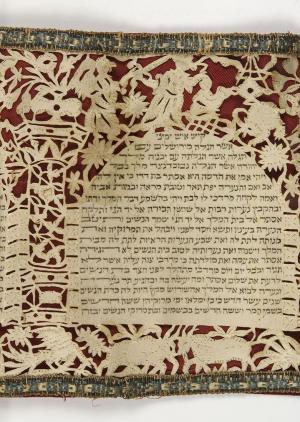 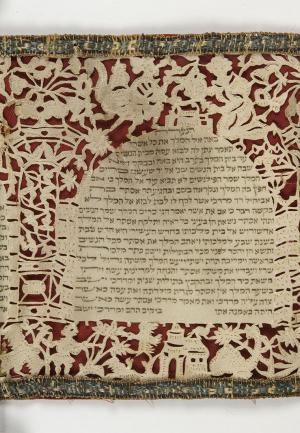 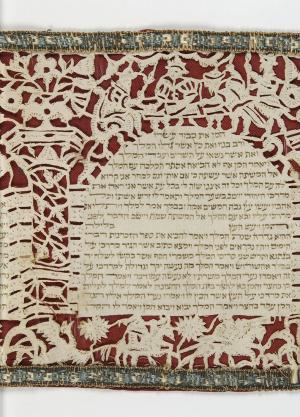 The text is inscribed in the Hebrew square Ashkenazi script with tagin, in light brown ink, on parchment membranes that are bright.

The letter ח (Es. 1:6) is slightly larger than an average letter in the scroll; it is formed of two parts joined with a roof. The letter ת (Es. 9:29) is enlarged. Other enlarged and diminished letters are included in col. 13.

In col. 18 some lines are shorter, so the next column could include solely the Haman's sons section.

The length of the lines in the column varies; they fit the shape of panels.

Two other scrolls sharing the same pattern are mentioned in: