Relatively few bindings from Italy are partially gilt as this example. The medallions on each side carry an image of the hands of the Cohanim in blessing. It is possible that this was a marriage gift within a family, as in Italy there were not infrequent marriages between cousins and these silver bound prayerbooks were generally given as gifts from one of the couple to the other. Not only is this binding of exceptional elegance, the printed Machzor inside has great interest as well. See Gross Family Collection B.1112 that carries the following description:

This volume contains the prayers for the High Hoidays. It is contained within a beautiful silver binding with a gilded coat of arms of the Cohen family, Gross Family Collection 025.001.016 This book was apparently used in the part of Italy, PIedmont, that was for a while in the 18th century, under the control of the French, as a section of a French Machzor has been inserted in the middle of the volume or, alternative, it was a some point imported into France for use there, as indicated by the import French silver mark on the binding.

The Bragadin press was established in Venice in 1550 by Alvise Bragadin. This press continued as one of Venice’s leading Hebrew print-shops, issuing Hebrew titles in the 18th C under several generations of Bragadins (the last of whom was Alvise III). In the last decades of the The Seventeenth Century Hebrew Book, when this book was published, only the family name, Bragadin, or Nella Stamparia Bragadina appears on the title pages. Throughout the years, the output of the Bragadini press was considerable, and covered the gamut of Hebrew works. The press was somewhat unusual, however, in that the Bragadins themselves did not always take an active role in their printing-house, leaving its operation to other printers, often Jewish, and lending their name to other presses. The pages of this printing are gilt and embossed with gauffering.

Inscription: Back and front: hands of the Cohanim, crown above 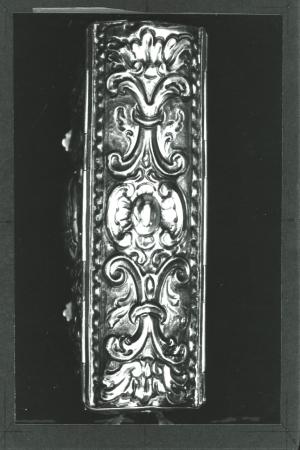 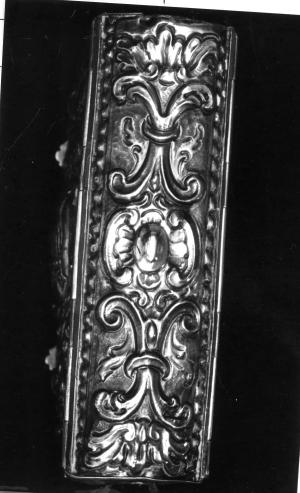 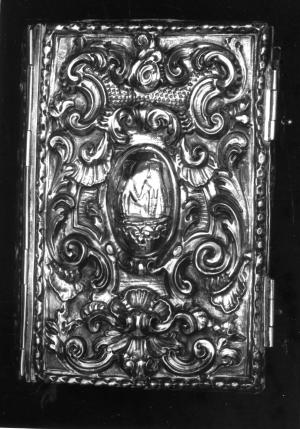 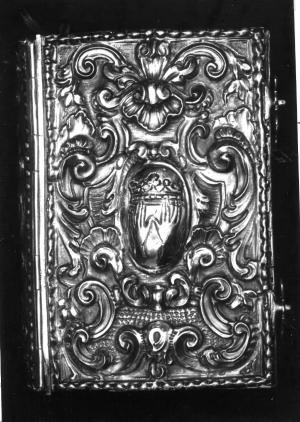