The use of a decorated towel cover is a custom largely limited to the German-speaking areas in Europe. These covers are usually embroidered and date from the 18th and 19th centuries. This object was used to make the plain towel a decorative item for the festive evening.

Virtually all of the embroidered and painted 18th century Pesach towels extant in collections today originate in the areas of Alsace and southern Germany. They are generally filled with folk motifs, and each one has its own particular charm. Among the illustrations embroidered on this towel, there is a depiction of the biblical story of the spies returning from Canaan with the huge grapes carried on a pole over their shoulders. This particular motif is very directly derived from the engraving of the same subject by Matthaeus Merian, whose series of Biblical etchings from 1625 - 1630 remained influential for three centuries. This textile is both placed and dated at the very end of the eighteenth century from the city of Mulhouse in Alsace. 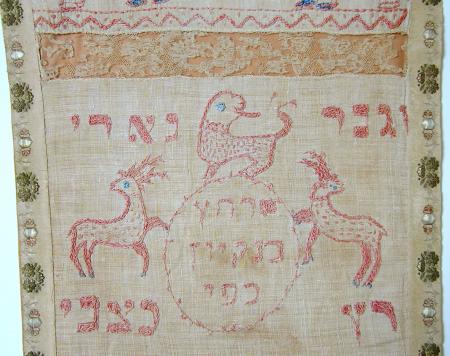 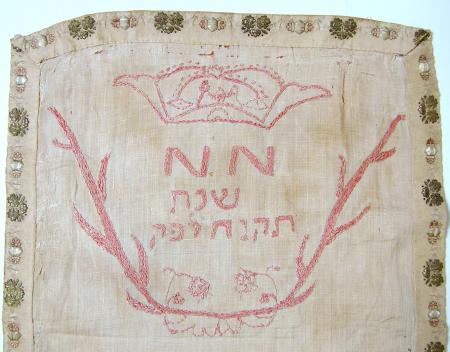 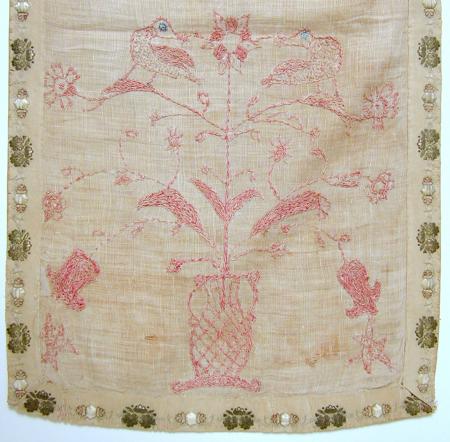 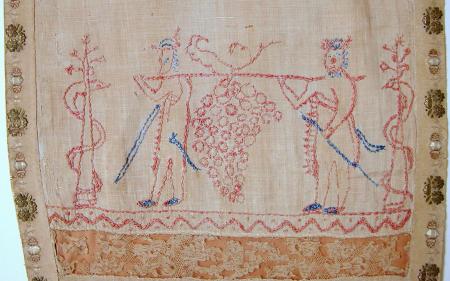