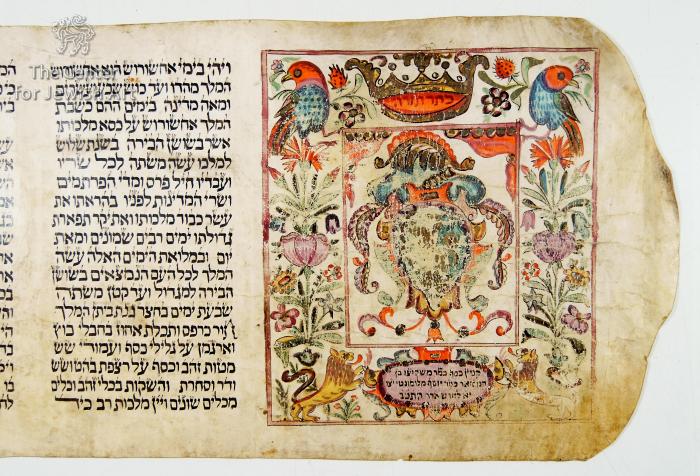 The scroll opens with a rectangular decorative panel that is the only decoration in this manuscript. In its center, a decorative cartouche with an unidentified coat of arms is placed; it is preserved very poorly but it can be assumed that it depicted a gold rampant lion. It is framed and just above it, there is a crown with Hebrew inscription כתר תורה ("crown of Torah") that is flanked by two bird looking backward. Below the central cartouche, another elongated cartouche filled with Hebrew inscription is placed (see "Scribal Notes"). It is supported by two lions; above them, two compositions of flowers can be seen.

The scroll is accompanied by a separate decorated benedictions sheet. The blessings recited before and after the Megillah reading, ארור המן Arur Haman, and the liturgical poem (piyut) קוראי מגילה Korei Megillah are inscribed in the architectural framing consisting of seven arcades. Each of the aforementioned texts occupies a single arcade and starts with an enlarged and bolded word (five times occur the word ברוך – "blessed", and once ארור – "cursed" and קוראי – "reading"). They are bordered with a decorative frame composed of floral motifs and between the arcades, small birds appear. Above the central arcade, there is an elongated crown inscribed in Hebrew כתר תורה - "crown of Torah". In the lower margin, an elongated cartouche with the Hebrew inscription of the scribe, Josef ben Moses Malomonte (or Melo Monte), appears (see "Scribal Notes").

The scroll together with the benedictions sheet is mounted on a wooden roller. 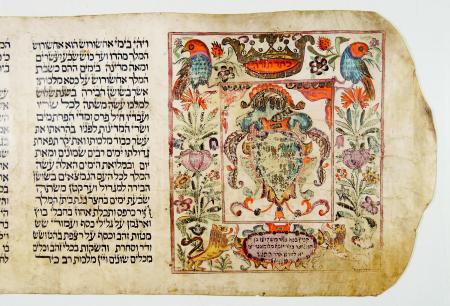 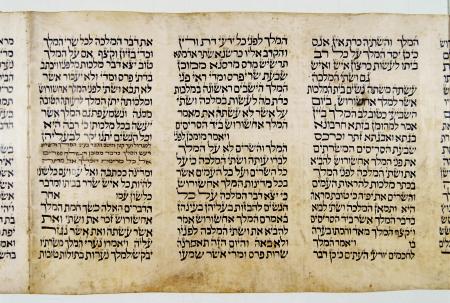 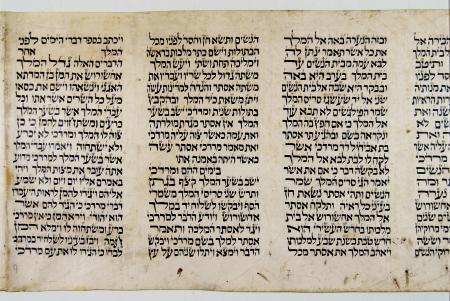 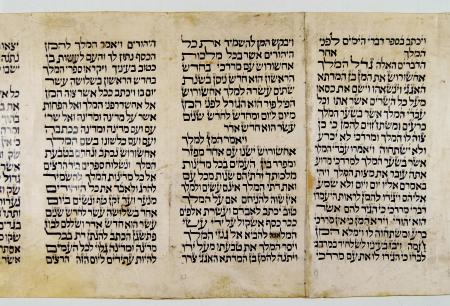 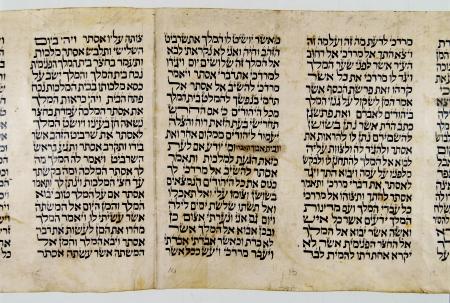 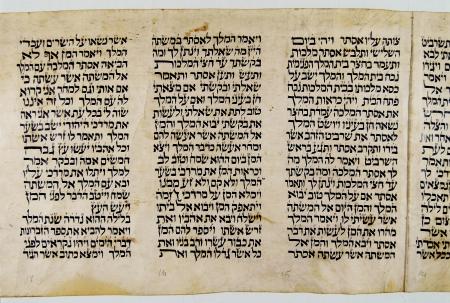 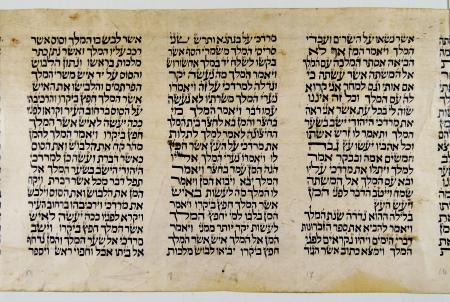 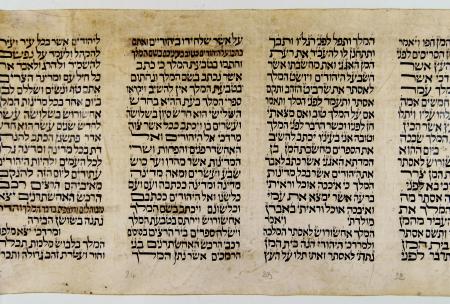 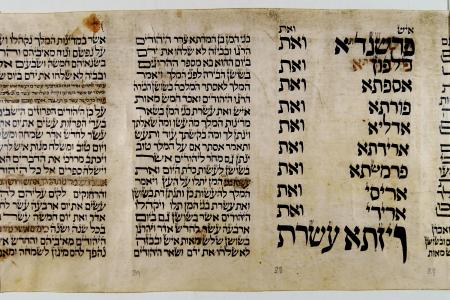 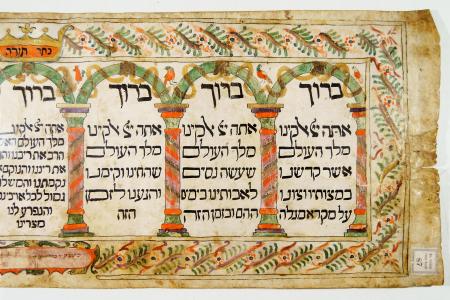